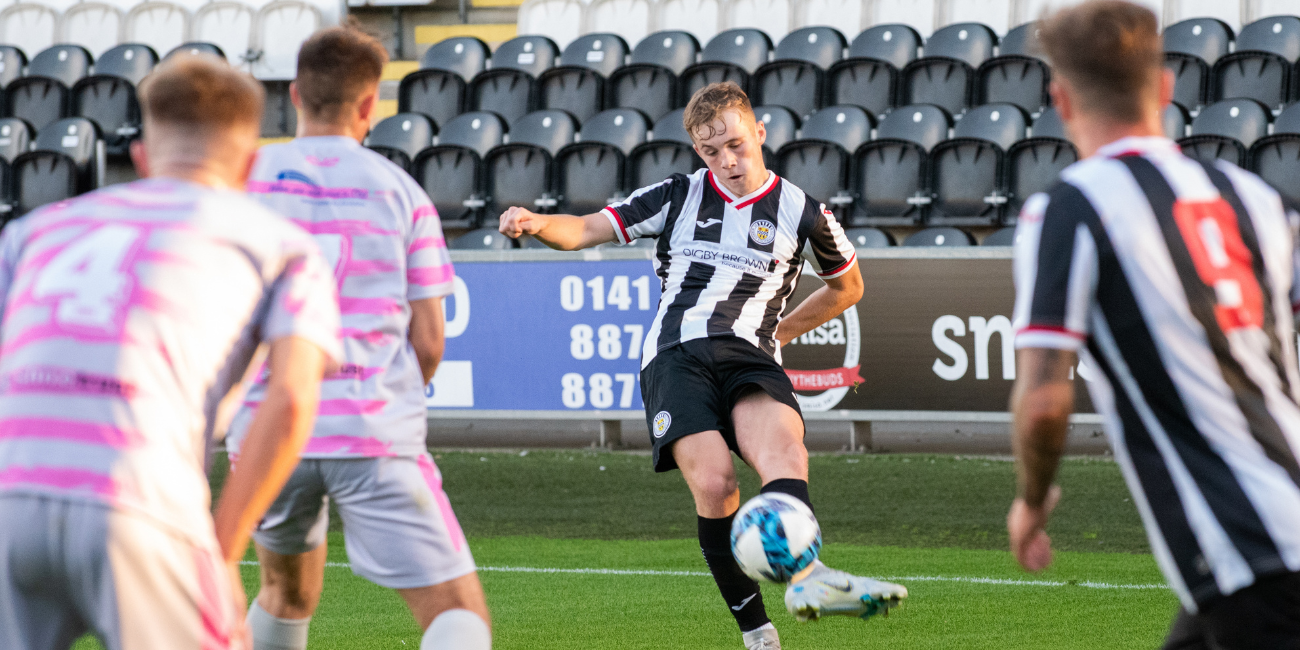 St Mirren B knocked out on penalties

St Mirren B were knocked out of the SPFL Trust Trophy after losing 4-2 on penalties to East Stirlingshire.

Neither side could be separated in 90 minutes and despite Fraser Taylor and Toyosi Olusanya netting from the spot the Saints were defeated.

After a fairly tepid first 45 the game sprung to life in the second-half. Scott Honeyman had two big opportunities to give the visitors the lead. First, on 53 minutes, the East Stirlingshire man shot into the arms of Kenzie Smyth from close-range. The Saints goalkeeper then made a terrific one-handed to push away Honeyman's attempt from distance.

Olusanya should have put St Mirren ahead five minutes later when he was the recipient of a Kieran Offord cut-back, but the Saints forward shot straight at Ross Connelly in the Shire goal. Substitute Gavin Gallagher was inches away from opening the scoring on 66 minutes with his strike flying inches over from 20 yards.

10 minutes later a good run from Offord looked like it might yield the first goal but he struck the side-netting.

The visitors were denied by a brilliant Smyth save from Kenny Barr heading into the final 10 minutes, while Luke Kenny made an incredible goal-saving challenge in the closing moments to ensure the game ended goalless.

Penalties were needed to decide the game, but Offord and Jay Henderson had their spot-kicks saved by Shire goalkeeper Ross Connelly and the away side made no mistake with their efforts to progress to the second round.