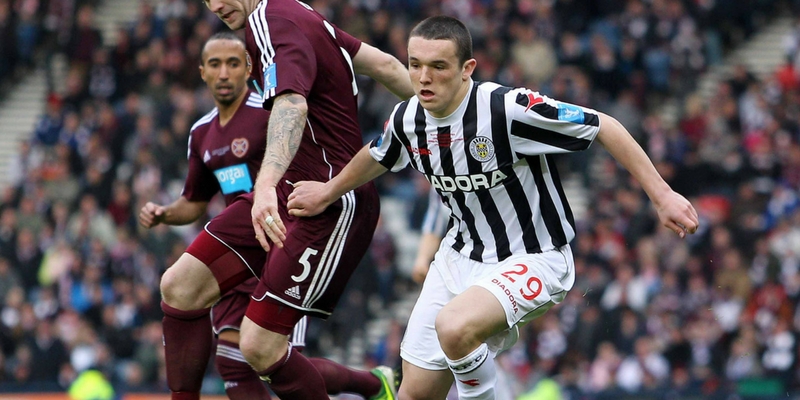 The youngest of three McGinn brothers, John came through the youth ranks at St Mirren before making his debut for the first team in 2012. In his first season he helped the club achieve League Cup success, with starts in the semi-final and final against Celtic and Hearts respectively.

In the summer of 2015 John left St Mirren and signed for Hibernian. John then moved down south to sign for Aston Villa where he helped them to promotion to the English Premier League.

His form also saw him become a regular for the Scotland National team where he has been capped over 35 times and played at Euro 2020.

The oldest of the McGinn’s, Stephen made his debut for St Mirren on New Year’s Day 2007 away to Inverness Caledonian Thistle.

Stephen would go onto to be a first team regular over the next three years, until Watford paid to take his services down to London in January 2010. During the next seven years Stephen would ply his trade with Shrewsbury Town, Sheffield United, Dundee and Wycombe Wanderers before making his return to the Paisley side.

Upon returning to The Buddies in 2017, Stephen was made captain of the club by manager Jack Ross. 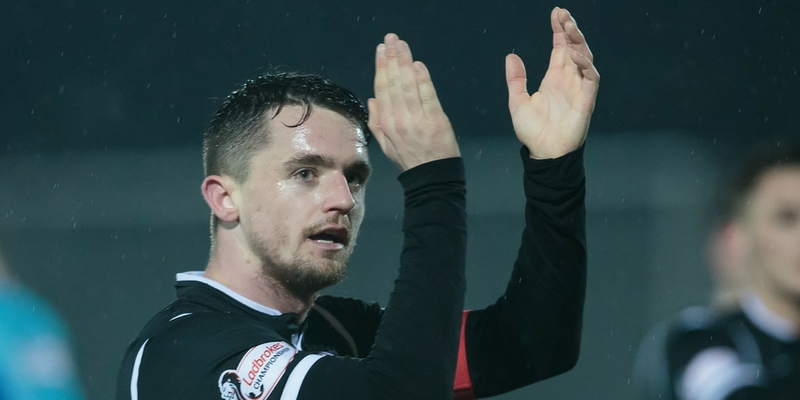 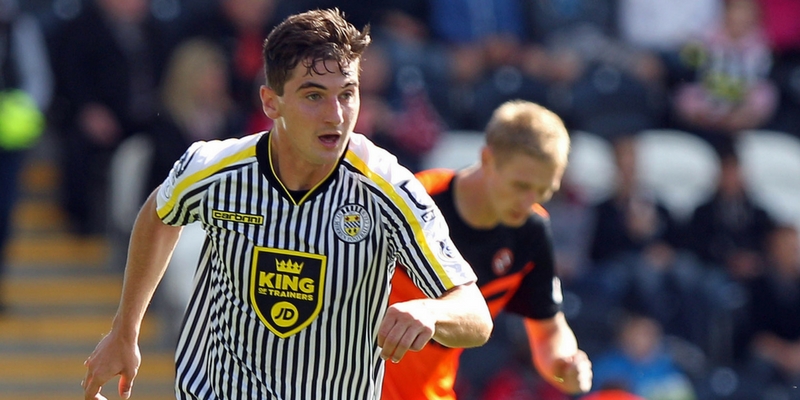 Kenny joined St Mirren’s academy in 2008. The cultured midfielder would go on to make over 100 appearances for the Club, as well as being a part of the 2013 Scottish League Cup winning squad.

He would go on to join Aberdeen, where he became a first team regular, after signing in the 2015 January transfer window. The midfielder was capped by Scotland and in January 2017, signed a deal with English side Norwich City. 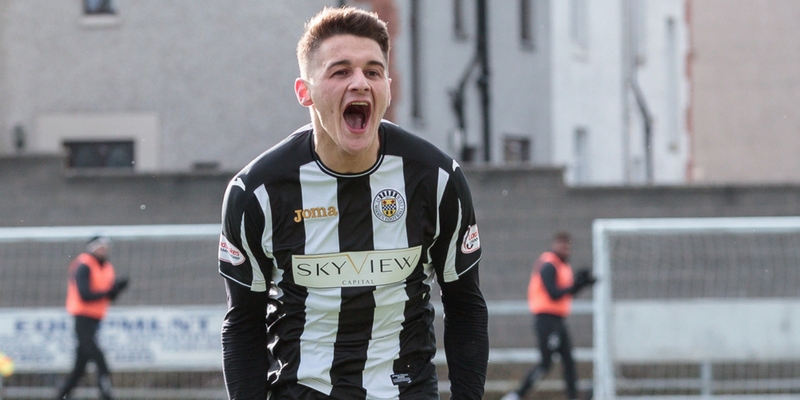 Having come through the age groups at the Academy, Kyle was given his first team debut by Jack Ross as a half-time substitute at Easter Road in October 2016. Kyle would go on to win the Club's Young Player of the Year award in 2016/17 before playing a big part in Saints' promotion back to the Scottish Premiership in 2018. The midfielder made over 100 appearances for the Buddies before linking up with Jack Ross again at Hibernian.

Ethan Erhahon made his first-team debut in 2017 at just 16-years-old having been with the club from an early age.

It was the 2018/19 season where Ethan became a first-team regular under then manager Oran Kearney. Under Jim Goodwin's guidance, Ethan moved to his more familiar midfield slot and his performances during the 2020/21 season would see him named as St Mirren Young Player of the Year. 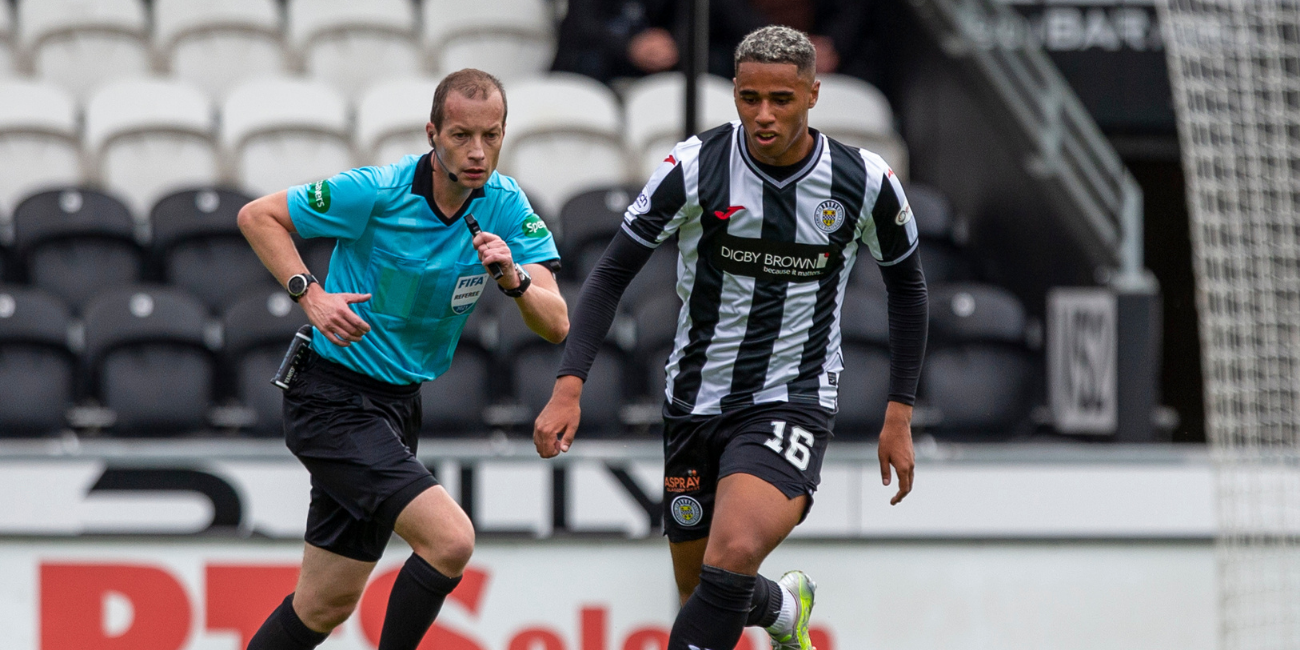 Kyle McAllister returned to St Mirren in the summer of 2019 penning a three-year deal after a spell at Derby County.

The winger made his Saints debut at just 17 years-old and played a pivotal role in the Buddies Premiership survival in the 2018/19 season. 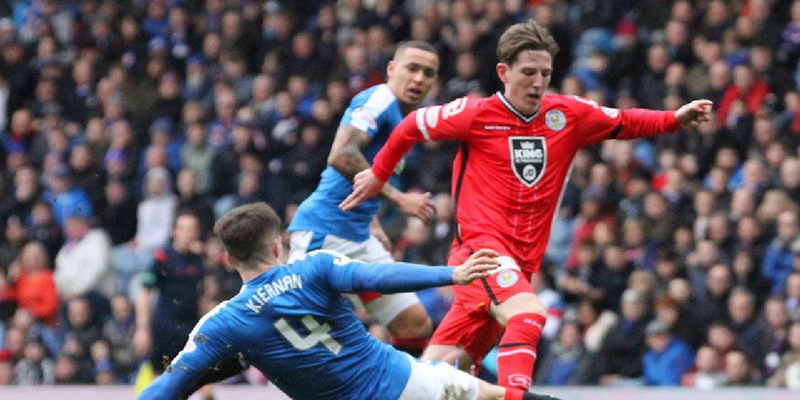 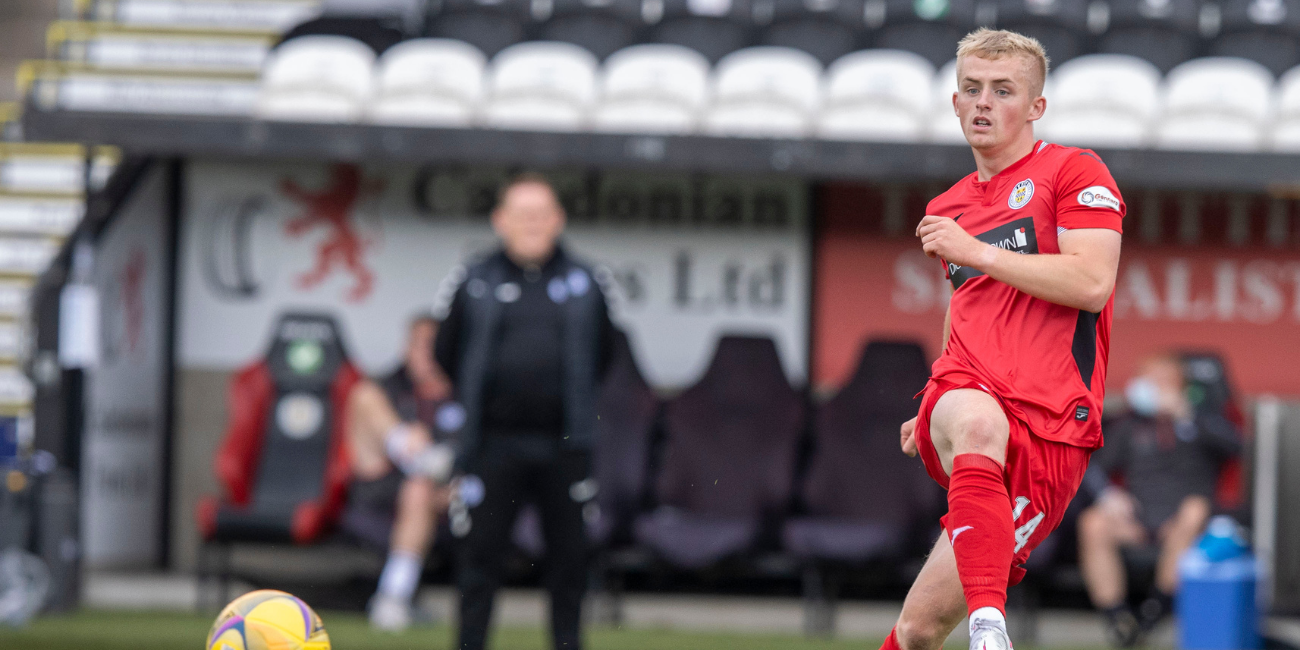 Cammy MacPherson has made just under 100 first-team appearances for Saints since making his debut in a Scottish Cup tie against Dundee in 2017.

The midfielder has scored five goals for the Buddies and won the club's Young Player of the Year award for the 2019/20 season.

Fan favourite Mallan made his debut for the Buddies in November 2014 against Hamilton Academical. While trying to establish himself in the side, Mallan scored a wonder goal against Dundee at Dens Park in December 2014 which won goal of the season. Known for his ability from free kicks, Stephen played an intergral part in Saints' Championship survival in 2016/17 before moving on to Barnsley in the summer of 2017 with more than 100 St Mirren appearances under his belt. 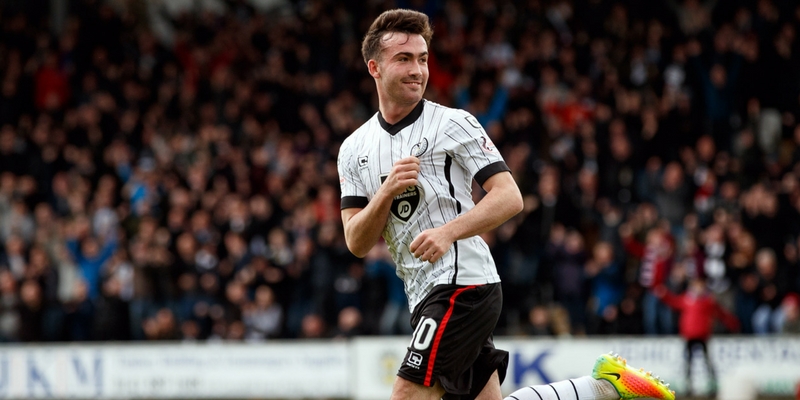 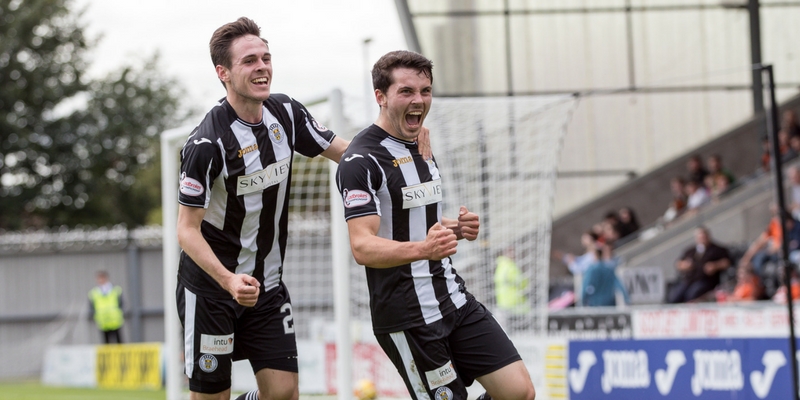 Lewis Morgan made his St Mirren debut against Celtic in September 2014. He became a first team regular at the beginning of the 2016/17 season having scored his first goal on the final day of the 2015/16 season against Rangers.

Lewis picked up St Mirren Player of the Year after his first full season in the first team and has gone on to make over 100 appearances for The Buddies.

In January 2018, Lewis signed a four and a half year deal with Premiership Champions Celtic, but returned to St Mirren on loan for the remainder of the 2017/18 season.

Another St Mirren Academy Graduate that has been capped for the national team, Morgan currently plys his trade in America with MLS side Inter Miami.

The big central defender was regular in the Under-20’s team before breaking in to the first team in 2014, making his debut in November of that year away to Hamilton Academical. Bairdy then became a first team regular making over 100 appearances for the Saints before departing in 2020. 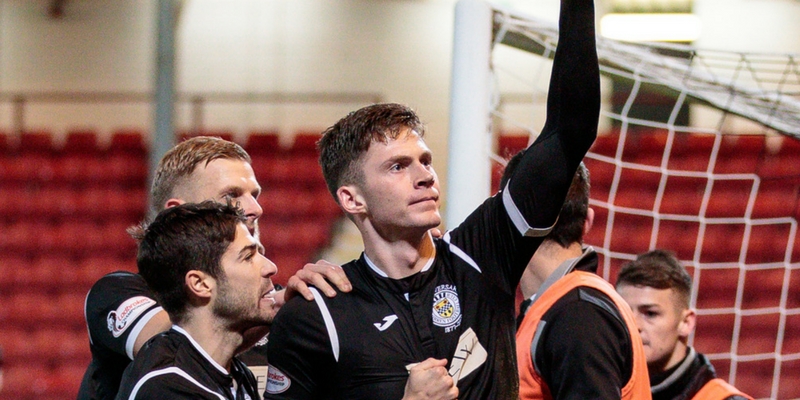 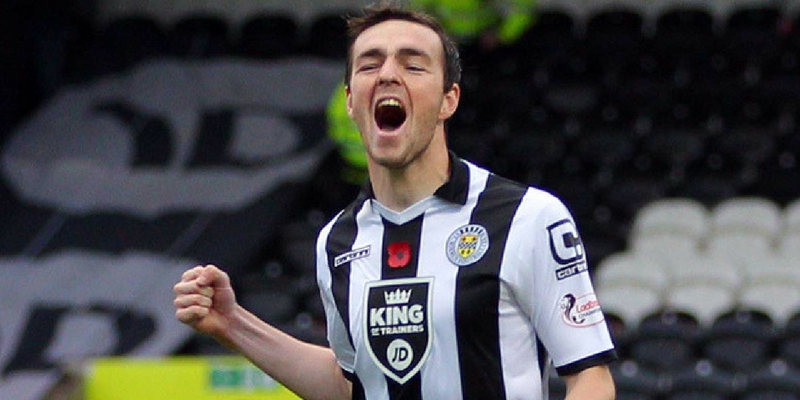 Sean broke into the St Mirren first team in 2013, after standing out in the Under-20s. After a loan spell with East Stirlingshire, Kelly became a regular for the Saints in the Premiership and made over 100 appearances with the first-team. At the end of the 2015/16 season Sean moved onto to AFC Wimbledon where he spent a season playing in League One, before making his return to Scotland the following season to join Ross County.

Marc entered St Mirren's youth system when he was just 10 years old. He made his first team debut for St Mirren when he came on as a substitute in an SPL game against Gretna on March 29th, 2008.

Marc left for Queen of the South, but returned to St Mirren Park in July 2010. He picked up the club's Young Player of the season award for 2010-2011 and was part of the 2013 League Cup winning side. 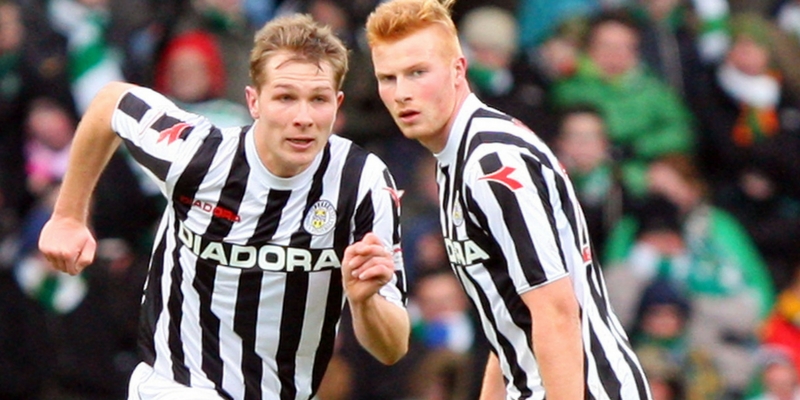 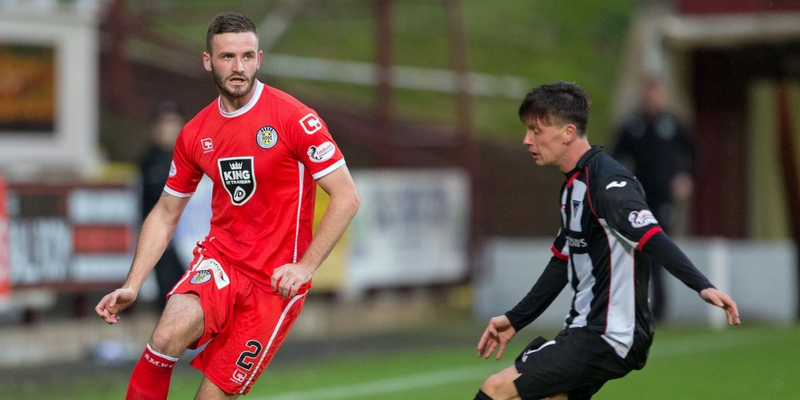 Jason made his competitive debut for the Saints in February 2012, as a sub in a 1-1 draw against Aberdeen at St Mirren Park. Having been capped for Scotland at youth level, Jason is another product of the St Mirren Youth Academy that went on to make over 100 appearances for the club. With loan spells at Morton and Cowdenbeath, Jason would make over 100 appearances in all competitions for St Mirren before moving to Ross County in January 2017.