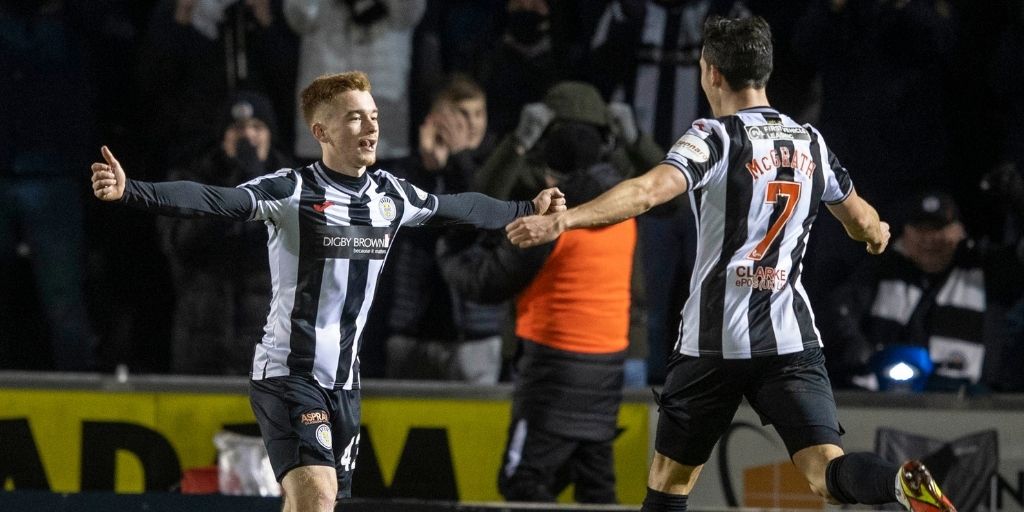 Ronan strike makes it 3 from 3 for Saints

St Mirren made it three wins from three in 2022 as Connor Ronan's fourth goal of the season gave us all three points against Aberdeen.

It was a moment of quality from the Irishman in a game that didn't have much of it with Saints making the perfect return from the winter break so far.

Jim Goodwin made three changes to the side that defeated Ayr United in the Scottish Cup on Saturday with Alan Power, Jamie McGrath and Eamonn Brophy coming in for Ethan Erhahon, Kyle McAllister and Kristian Dennis.

A bright start from the Buddies saw an early penalty appeal after Greg Kiltie had nutmegged Scott Brown and sent a dangerous ball across the face of the box inside the first 30 seconds. David Bates cleared with his head but the nearby Saints players were adamant it came off his hand. The resulting corner saw Jay Henderson fires a half-volley over the bar from the edge of the area. Two minutes later Saints came close again from another when Marcus Fraser headed inches by the post.

Aberdeen's grew into the game but didn't create anything to trouble Jak Alnwick until the final minute of the opening 45. While Lewis Ferguson had gone close when let fly from 20 yards with a vicious strike which curled just by the far post, it was Calvin Ramsay's effort just before the break that forced the Saints goalkeeper to tip over.

The Dons started the second-half the stronger with captain Brown curling over from 20 yards early into the second 45. Brown was involved again a few minutes later when he looked to take advantage of a mix-up in the Saints defence but Scott Tanser was able to clear off the line.

Saints were sparked into life just after the hour-mark when Ronan slammed home the opener. It looked like the chance was gone when Kiltie's ball across the box missed everyone but Ronan was able to recover the ball before shifting on to his right foot and firing into the far corner with a beautiful curling strike.

In a match of few chances one goal would be enough to secure the points for Jim Goodwin's men as they moved to within three points of the top six.