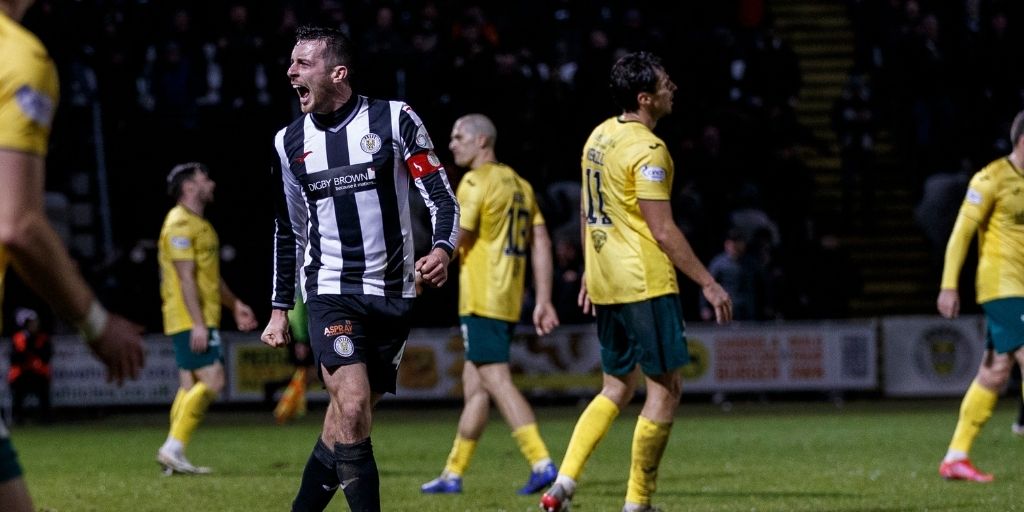 When Saints and Hibs met in September, Joe Shaughnessy scored a late goal to give the Buddies a point. Fast forward three months and the Saints skipper repeated the trick at a wet and windy SMiSA Stadium.

The first half was rather forgettable aside from Hibs' Kevin Nisbet twice heading straight at Saints goalie Jak Alnwick. Early in the second half the visitors opened the scoring, Josh Campbell in the right place to pounce after Martin Boyle's shot had been blocked by Marcus Fraser.

That looked like being enough to give the visitors victory, but with just a few minutes to go Shaughnessy popped up to convert Scott Tanser's cross and earn the Buddies a draw.

Curtis Main was chosen to lead the Saints attack following the injury to Eamonn Brophy with Greg Kiltie coming in for Connor Ronan. It was no surprise to see changes to the Hibs side after ex Saints boss Jack Ross left during the week, red cards for Paul Hanlon and former Buddie Paul McGinn ruling them out. Lewis Stevenson, Alex Gogic, Chris Cadden and former Paisley favourite Darren McGregor all started.

Hibs threatened early on when a mistake from Charles Dunne allowed Nisbet to send Jamie Murphy racing through, his shot being turned behind by Alnwick. The corner that followed led to a bit of a scramble before Nisbet's header was easily saved by the Saints goalie. We then had to wait the best part of 20 minutes for the next – and final – meaningful attempt of the half. It was rather similar to the previous one too as Nisbet again headed straight at Alnwick.

Saints perked up after the break but fell behind from a counter attack. Murphy found Boyle in space and while his shot was cut out by Marcus Fraser, the ball sat up perfectly for Josh Campbell and he slammed it home to the delight of the travelling fans behind the goal. The Buddies forced a corner as they looked for a quick equaliser, however Joe Shaughnessy at the back post put it well wide.

Anyone hoping that brief flurry of excitement would continue was sadly mistaken as penalty box action returned to being rare. Saints fans were given hope of a goal a quarter of an hour from the end when McGregor fouled sub Kristian Dennis just outside the box, however McGrath sent his free-kick well over. A few minutes later came a great Buddies chance when Tanser's found the unmarked game in the box but Matt Macey got down to turn it behind.

With less than five minutes to go Tanser delivered another tremendous ball from the left and this time the end result was far more satisfying, Shaughnessy arriving to fire past Macey and draw Saints level. The visitors tried to restore their lead with Alnwick doing well to tip behind a drive from Christian Doidge. In stoppage time Saints thought they should have had a penalty when Dennis went down under Gogic's challenge, however the officials were unmoved and the points were shared. 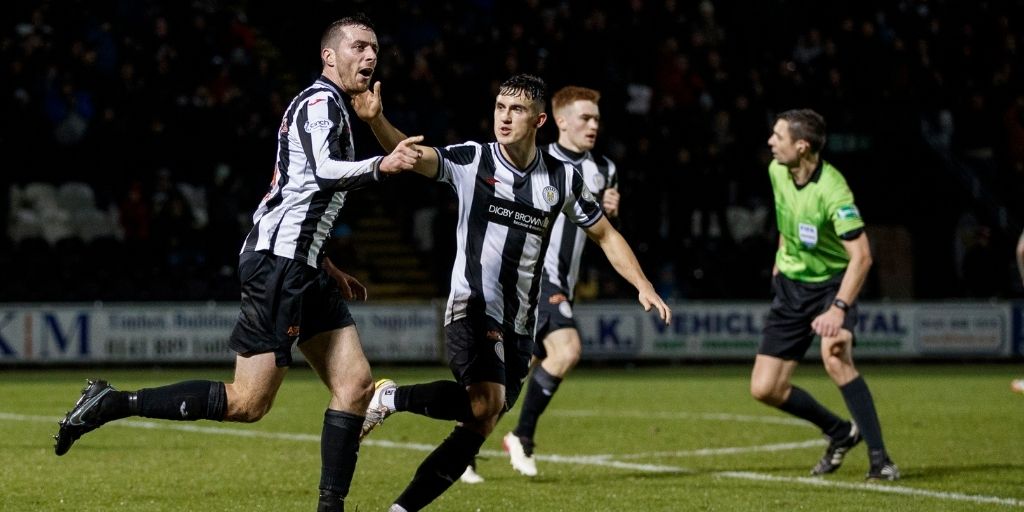