St Mirren won their third cinch Premiership match in a row after coming out on top by the odd goal in five in Dingwall.

Goals from Eamonn Brophy, Marcus Fraser and Scott Tanser had the Buddies comfortably ahead in the first-half despite Blair Spittal scoring for the home side. Alex Iacovitti pulled a goal back for the hosts, but despite plenty of pressure from Ross County, Jim Goodwin's men were able to hold on for all the points. It's the first time the Saints have won three top-flight matches in a row since 2008 and extended the current unbeaten run to six matches.

Jim Goodwin named the same starting eleven as he did for the wins over Livingston and Aberdeen before the international break and the Buddies looked eager to keep that run going with Brophy going close to scoring the opener on 13 minutes. The striker was slipped in by Connor Ronan and made his way into the box before sending his strike inches wide of the right-hand post.

A little over a minute later the forward would put Saints ahead with a stunning strike. It came after a wonderful through ball from Ethan Erhahon to pick out Brophy who was making a run into the box. He took a touch with his right foot to steady himself before smashing high into the net with his left foot to open the scoring.

Jak Alnwick was forced into a top save when he tipped Ross Callachan's effort over the bar just after the half-hour mark as the home side looked for a leveller. But St Mirren were still on top and scored a second goal on 34 minutes. Tanser's corner from the right was floated all the way to the far post where it met the unmarked Fraser who headed home against his former club. 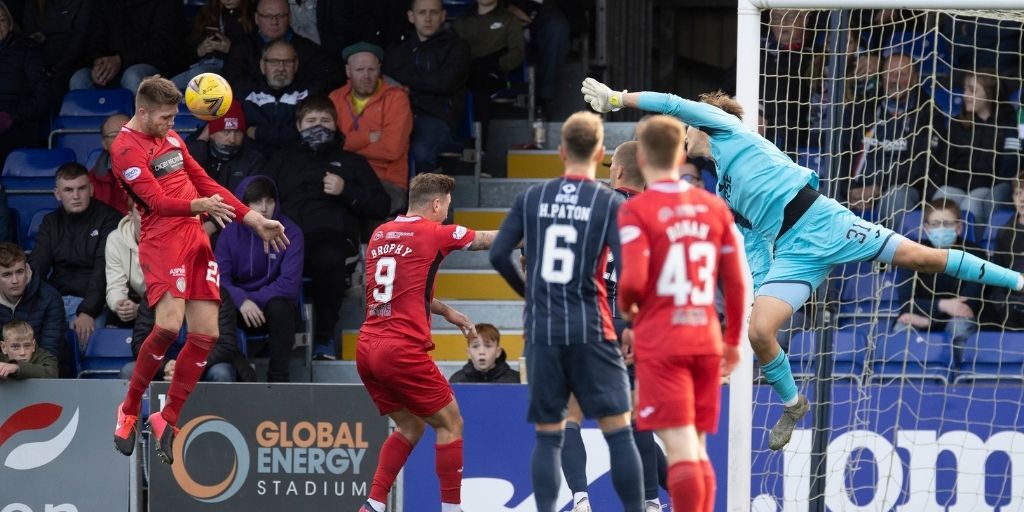 The hosts quickly pulled a goal back to reduce the deficit. Spittal's free-kick - two minutes after Fraser's goal - deflected off Alan Power in the St Mirren wall taking it over the outstretched Alnwick.

Saints would regain their two-goal advantage almost immediately when Tanser would take advantage of a mix-up in the Staggies defence. County captain Jack Baldwin left a ball over the top hoping goalkeeper Maynard-Brewer would collect. Tanser was alert to it and got in ahead to lift over the Ross County keeper to give the Buddies a 3-1 lead going into the interval.

Jim Goodwin's side came at County early in the second-half with wave after wave of attack in the opening exchanges of the second 45. Brophy went close twice within a minute as he looked for his second of the afternoon, while Ronan and Power both had opportunities.

Saints couldn't add a fourth and the home side started to get a foothold in the game as they looked for a way back into the match. Harry Clarke cracked post for the home side on 55 minutes before heading into the arms of Alnwick four minutes later.

County's pressure told on 66 minutes when Iacovitti rose above the Saints defence to head home a Clarke cross from the right.

The hosts would push hard for an equaliser with substitute Joseph Hungbo going closest with 10 minutes to go when he hit the post from close-range, but the Buddies were able to hold on to ensure the long journey back to Paisley would be made with all the points.