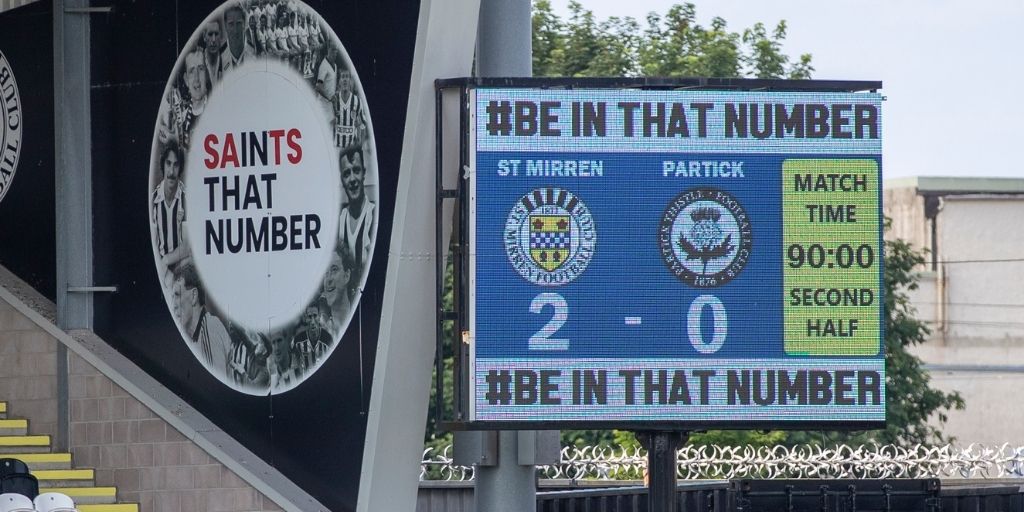 St Mirren through to last 16 of Premier Sports Cup

St Mirren will face Livingston at the Tony Macaroni Arena after qualifying for the last 16 of the Premier Sports Cup after a 2-0 win over Partick Thistle.

Jamie McGrath and Joe Shaughnessy were on the scoresheet as the Buddies picked up the required result to ensure seeding in the next round of the cup.

Jay Henderson lifted the ball over Richard Foster and burst into the box before being hauled down by the experienced Thistle defender. McGrath was the man to step up and as he did so often last season, rolled home from 12 yards to put Saints ahead. 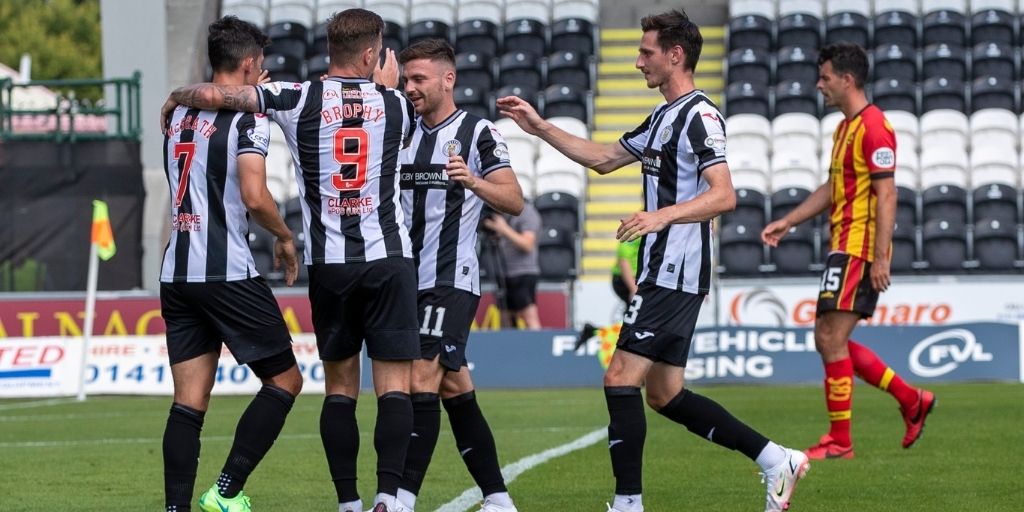 Paisley blistered in 24 degree heat and a quick water break took place following McGrath's penalty. Three minutes after play resumed, the visitors could have been level through Brian Graham but for a brilliant stop by Jak Alnwick.

McGrath almost grabbed his and Saints' second of the afternoon a little over 10 minutes after the restart. Striding into the box from the left side, the Irishman found his way on to a beautiful weighted pass from Henderson. His first effort was blocked by a Partick defender before he fired over the second attempt.

A minute's applause took place from the St Mirren fans in attendance in tribute of 1959 Scottish Cup winner Tommy Leishman who sadly passed away this week at the age of 83.

With 20 minutes remaining, Saints needed a second to guarantee seeding in the next round of the cup. Chance after chance was created with Curtis Main going close twice in four minutes. First, the striker did brilliantly to steal the ball off Stuart Bannigan at the edge of the Thistle box, but slammed his effort wide. Main then nodded just wide after being on the end of a pinpoint Scott Tanser cross from the left.

Shaughnessy headed over from a corner, while Henderson volleyed into the arms of Partick Thistle goalkeeper Harry Stone from close range as time ticked away.

The five minutes of additional time were almost up as Jim Goodwin willed his side on for one last push, telling goalkeeper Alnwick to get the move started. Captain Shaughnessy pressed forward from centre-half and was in the right place at the right time to tap home Lee Erwin's ball across to secure St Mirren's place in the next round of the Premier Sports Cup. 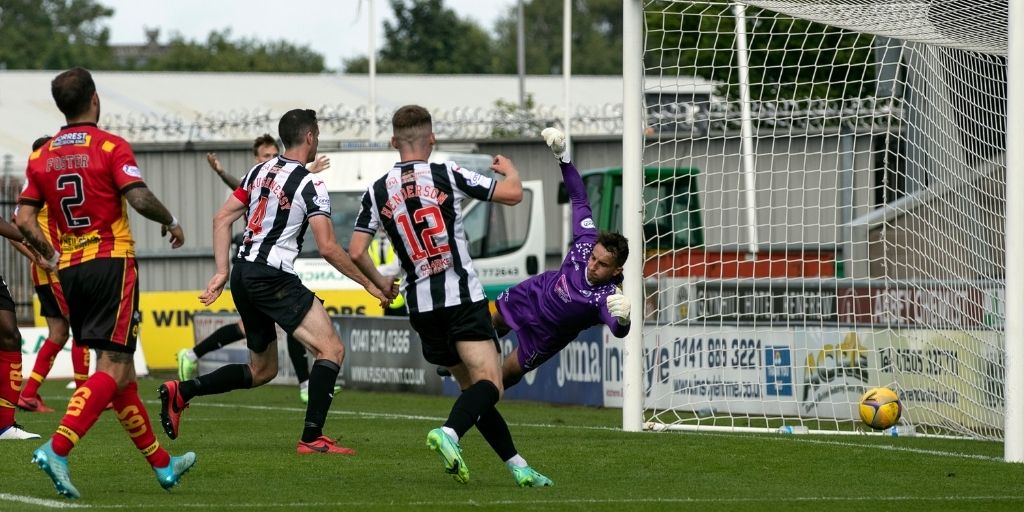 Joe Shaughnessy scores the goal that secures Saints place as a seeded team in the last 16 of the Premier Sports Cup (Image: Allan Picken)