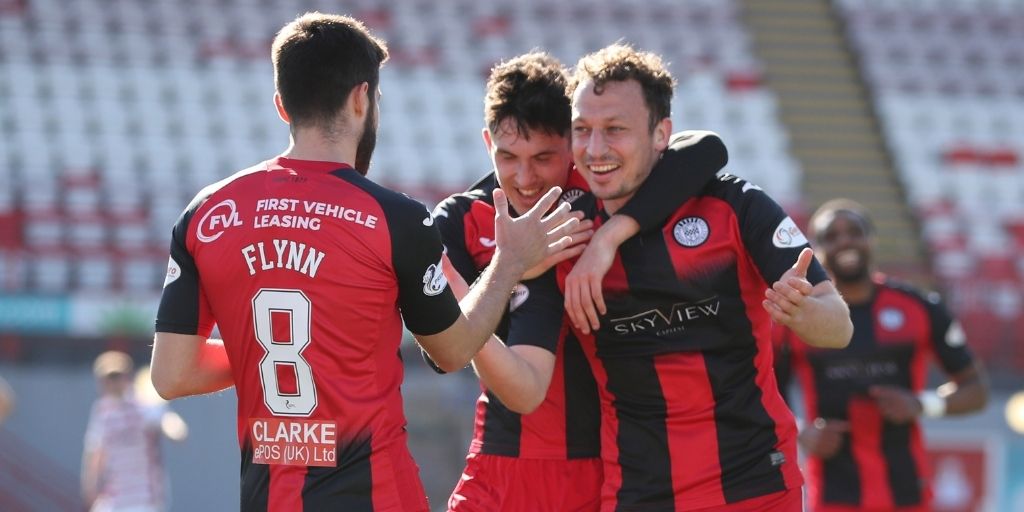 St Mirren booked their place in the fourth round of the Scottish Cup after a convincing win at Hamilton Academical.

Kristian Dennis netted on his comeback from injury either side of a Jamie McGrath brace with the Irishman taking his tally to 13 for the season.

Jim Goodwin's men were well worthy of their win as they go into the hat for tomorrow's draw.

Saints were utterly dominant in the opening exchanges and took the lead on four minutes thanks to a wonderful McGrath strike.

The Buddies created a number of chances in the first 20 minutes and really should have been more than one goal to the good. McGrath had a low strike held by Accies goalkeeper Ryan Fulton while Ilkay Durmus flashed a free-kick just by the post along with Obika also dragging a shot wide. Fulton then made a good stop to deny Obika after the striker got on to a delightful defence-splitting pass from Ethan Erhahon.

But Saints were fired a warning sign on 25 minutes when Jak Alnwick was forced into a good save to deny ex-Saint Lee Hodson. The Englishman got two strong hands on the powerful drive from Hodson to push over the bar.  And with that the home side began to grow into the game. Hakeem Odoffin curled wide from 20 yards on 28 minutes, while Ross Callachan had a strike blocked by Joe Shaughnessy three minutes later.

Callachan should have done better four minutes before the interval with a free-kick around 20 yards from goal but the Accies midfielder harmlessly sent into the arms of Alnwick.

The home side really should have been level minutes after the restart when David Moyo was found unmarked in the Saints box. He striker got his head on it only to nod over when he should have got it on target.

Dennis made his comeback from injury on 63 minutes when he replaced Dylan Connolly. And a little over 10 minutes after his introduction he sealed the win with a lovely strike from around 25 yards. Fulton was at full stretch but he couldn't get near the effort which nestled into the top corner to all but ensure Saints would find themselves in the draw for the fourth round.

McGrath added the cherry on the cake 11 minutes from time when he netted his eighth penalty of the season after Obika had been fouled. The Irishman was as cool as ever as he rolled home to secure an emphatic win.