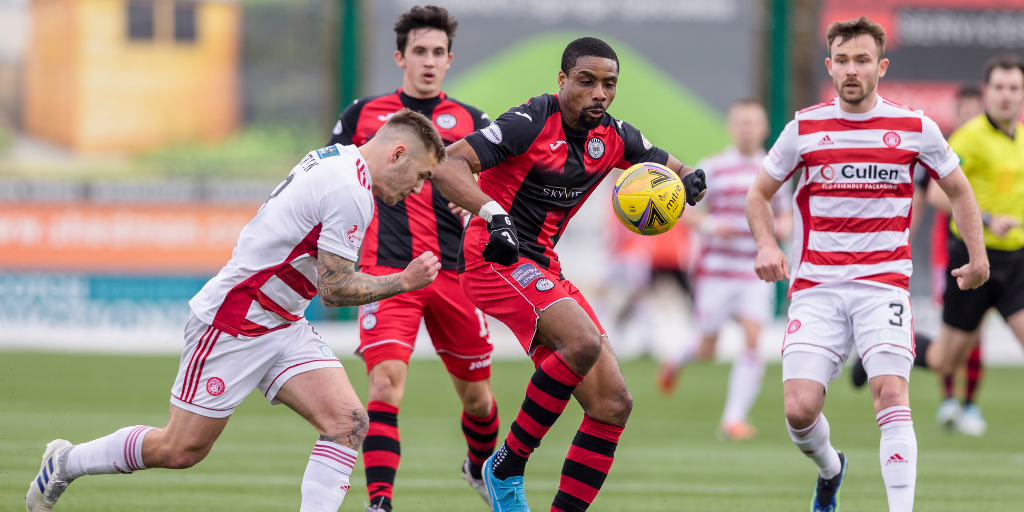 St Mirren suffered late heartbreak as a Hamilton goal at the death snatched a top six place from the Buddies.

Jim Goodwin's side were on course for their first ever top six in the current league setup and a guaranteed highest league finish since 1985 thanks to Jamie McGrath's first-half penalty. But with the game heading to its end Hamilton substitute Kyle Munro headed home an equaliser to secure a point for the hosts and consign Saints to the bottom six.

It was St Mirren who had the better of the opening 45 minutes. Lee Erwin, who had come in for Collin Quaner, had the game's first opportunity when he rose to meet a Richard Tait cross. There were suggestions it came off a hand as it was deflected out for a corner from which Tait nodded wide.

Erwin started to put the pressure on as the half-hour mark approached. Erwin went close to the opener on 27 minutes when he again was the recipient of a Tait cross, but the forward volleyed into the ground and wide. Two minutes later the ball fell kindly for Jon Obika who turned well but had his strike deflected into Kyle Fulton.

Saints were awarded a penalty on 33 minutes when Ilkay Durmus was fouled after going to get his shot away. McGrath stepped up and, as he had done six times previously this season, made no mistake to slot beyond Fulton.

The Buddies had opportunities to grab a second and all but seal the win in the second-half. A quick break saw McGrath slip the ball to Obika inside the box with the forward denied by a terrific save from Fulton who touched over the bar on 54 minutes.

Then, just after the hour mark, Obika outmuscled Aaron Martin to go one-on-one with Fulton. The striker had Durmus in space to his left ready for a tap-in but elected to go alone hitting straight into the arms of Fulton. Durmus was inches away from extending the lead with 10 minutes remaining when his free-kick from 25 yards went just over the bar.

With a little over a minute of normal time to go, St Mirren's top six hopes were crushed when the hosts netted an equaliser. Referee Don Robertson awarded Accies what appeared to be a soft free-kick after Joe Shaughnessy had beaten David Moyo to a header. There was no one marking Munro as he drifted in at the back post to bullet home.