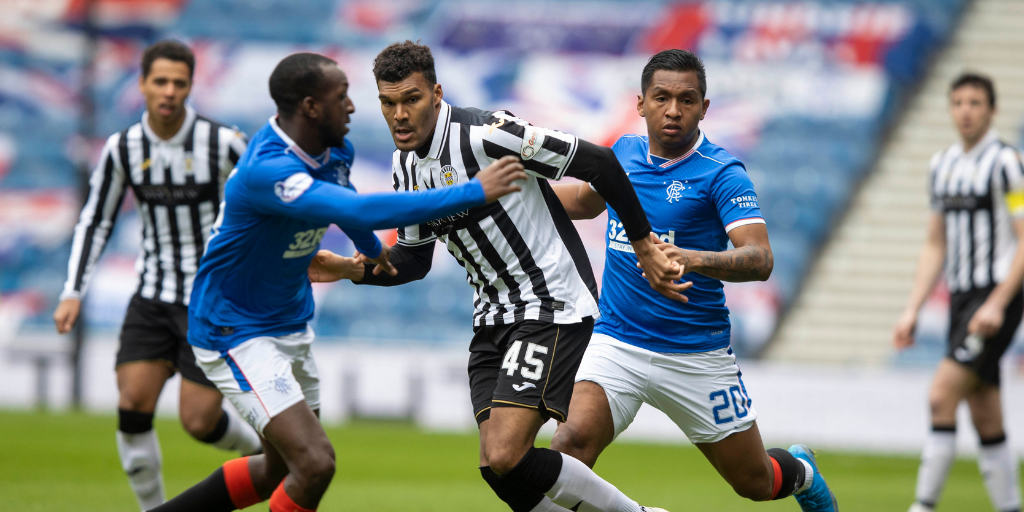 Saints hopes for a top six finish in the Scottish Premiership will go on until the last game before the split following a disappointed defeat at Ibrox.

Two goals in two minutes in the first-half from Ryan Kent and Alfredo Morelos put Rangers in control, before a goal early in the second-half from Ianis Hagi sealed a 3-0 win for the Ibrox side.

Ryan Kent pounced on the loose ball and slammed home from 20 yards to put the hosts in front on 14 minutes. And two minutes later it was 2-0. Alfredo Morelos ghosted into the Saints box and slid low into the far corner to double the home side's advantage.

The Buddies only half-chance in the first 45 came on 34 minutes when Dylan Connolly raced clear of Filip Helander before knocking wide after breaking into the box.

Connor Goldson went close to added a third for Rangers six minutes before the break. The defender rose above Marcus Fraser to meet a Borna Barisic free-kick but nodded inches wide of the far post.

And hopes of a Saints comeback in the second-half were extinguished within 20 seconds of the restart when Ianis Hagi made it 3-0. The Romanian was left in acres of space at the far post and had time to control Kent's pass before smashing into the back of the net.

Saints could have pulled a goal back with just over 20 minutes of the game remaining. Jake Doyle-Hayes' miss-hit effort fell into the path of substitute Jon Obika. The striker got a flick on it only to be denied by a wonderful one-handed save by Allan McGregor.

It was then Alnwick's turn to make a top class save in the dying moments when he made a wonderful block from Jermain Defoe's close-range effort.

There was a positive for Saints in the final few moments when St Mirren Youth Academy prospect Dylan Reid became the youngest player to ever play for the Buddies, and in the Scottish Premiership, at just 16 years and five days old when he replaced Ethan Erhahon with two minutes of normal time remaining.