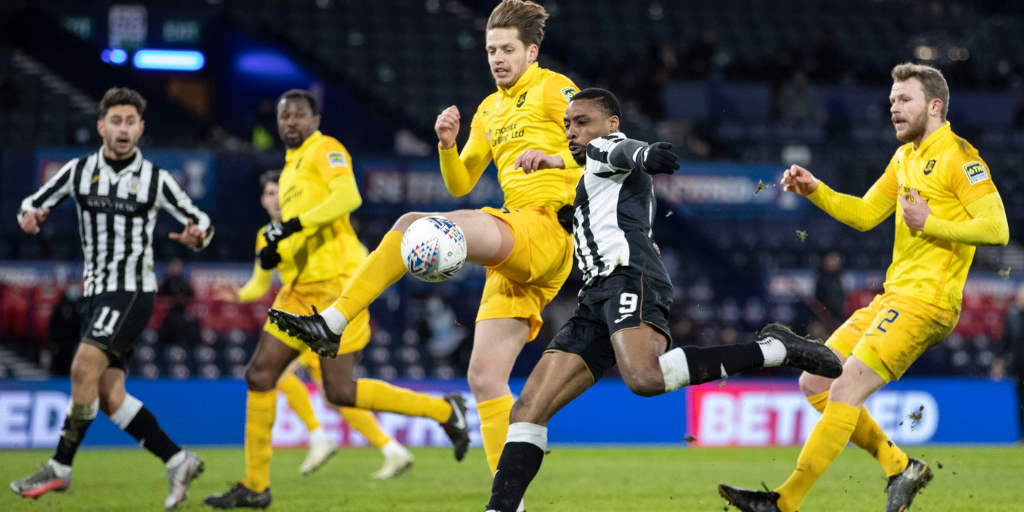 St Mirren's hopes of a cup final place were ended at Hampden this afternoon after a narrow semi-final loss to Livingston.

The Buddies couldn't find a response to Scott Robinson's early effort despite piling on the pressure in the latter stages of the match.

The focus is now solely on the league for Jim Goodwin's men with a trip to Tannadice coming up on Wednesday night.

It was Livingston who started the match the brighter of the two sides with Jak Alnwick holding efforts from Jon Guthrie and Josh Mullin in the opening minutes.

The Lions' quick start paid off as they took the lead on nine minutes. A free-kick from the left was met by Efe Ambrose whose initial header crashed off the bar. Robinson was allowed to follow in to nod home the rebound.

Saints never really got going in the first-half with only a long-range drive from Eamonn Brophy that he dragged wide all the Buddies had to show in the first 30 minutes.

Jim Goodwin's men were denied what appeared to be a stonewall penalty just after the half-hour mark when Nicky Devlin caught Joe Shaughnessy inside the Livingston box, but referee David Munro said no despite the protestations from the Irishman.

Livingston goalkeeper Max Stryjek had to be alert to clear the danger on 36 minutes when Brandon Mason looked like he'd have the opportunity to get a shot away.

With five minutes of the first-half remaining, Dylan Connolly managed to break clear but failed to find Brophy inside the box where the forward would surely have levelled.

After a disappointing opening 45, Saints started with more intent in the second-half with Conor McCarthy looking like he was going to head Saints level six minutes after restart when he rose the highest to meet a Jamie McGrath corner. The header was goal-bound only for Craig Sibbald to be in the right place at the right time to nod clear. Seconds later Connolly almost caught out Stryjek with a cross-cum-shot that the goalkeeper had to flick over.

Three minutes later it was Brophy's turn to go close for the Buddies, but he headed Cammy MacPherson's free-kick over.

Jim Goodwin made a number of changes heading into the final 20 minutes with Kyle McAllister, Ilkay Durmus and Jon Obika all coming on in as substitutes.

The latter had a claim for a penalty with 15 remaining when he went down under pressure from Jullien Serrano after a neat bit of skill to break into the box. Instead the referee deemed it simulation and booked the forward.

McAllister was looking lively and put a nice ball onto Obika's head on 78 minutes only for the striker to nod tamely into the arms of Stryjek. A minute later McAllister sent a dangerous ball across the face of the box, but there were no takers in black and white.

With time ebbing away Shaughnessy went agonisingly close to find an equaliser to take the game to extra-time. The skipper's header drifted inches by the post after he got himself on the end of a McGrath corner. In the end it wasn't to be Saints day.