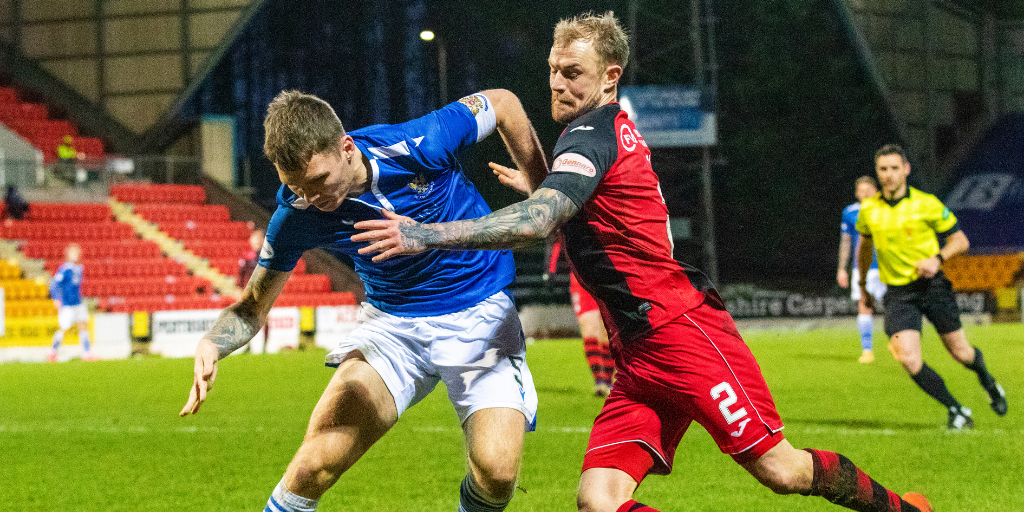 St Mirren lost their first game of 2021 as Jim Goodwin's side were narrowly beaten by St Johnstone at McDiarmid Park.

Chris Kane's early second-half goal was enough to give the hosts all the points on a poor afternoon for Paisley Saints who finished the game with 10 men as Cammy MacPherson was shown red.

Jim Goodwin made two changes from the side that drew 1-1 with Motherwell last week with MacPherson and Eamonn Brophy coming in for Ethan Erhahon and Kyle McAllister.

Neither side created much to threaten either goalkeeper in the opening 45 minutes. David Wotherspoon curled a free-kick wide on 21 minutes, while Joe Shaughnessy nodded wide from a Jamie McGrath set piece two minutes later.

Shaughnessy made a vital block to deny Guy Melamed after Chris Kane had spun away from Conor McCarthy to race forward into space. Kane slipped the ball wide to Melamed who broke into the St Mirren box and checked on to his left foot but had his effort blocked by the Saints skipper. It was a vital block from the Irishman with the Israeli striker looking primed to break the deadlock just after the half-hour mark.

Saints couldn't have wished for a worst start to the second-half when the hosts took the lead within 30 seconds of the restart. Kane raced on to a Melamed flick-on and despite Jak Alnwick getting a strong block in on the first effort, the St Johnstone striker rolled home the rebound. There was frustration from Saints given the ball had come off Melamed's arm in the build-up to the goal.

St Mirren's afternoon went from bad to worse when they were reduced to 10 men with Cammy MacPherson given his marching orders on 56 minutes. The midfielder was booked just before half-time for a foul on Melamed and received his second booking for a foul on the same man.

Kane should have doubled his and St Johnstone's tally on 67 minutes when he was picked out in acres of space by Wotherspoon. The striker's effort was brilliant turned over by Alnwick who made a terrific one-handed save to tip over.

Saints were still probing despite only having 10 men, but the closest they came was on 82 minutes when McCarthy headed over from McGrath's free-kick.

In truth it was a quiet afternoon for St Johnstone goalkeeper Zander Clark and a disappointing day for the Paisley Saints.