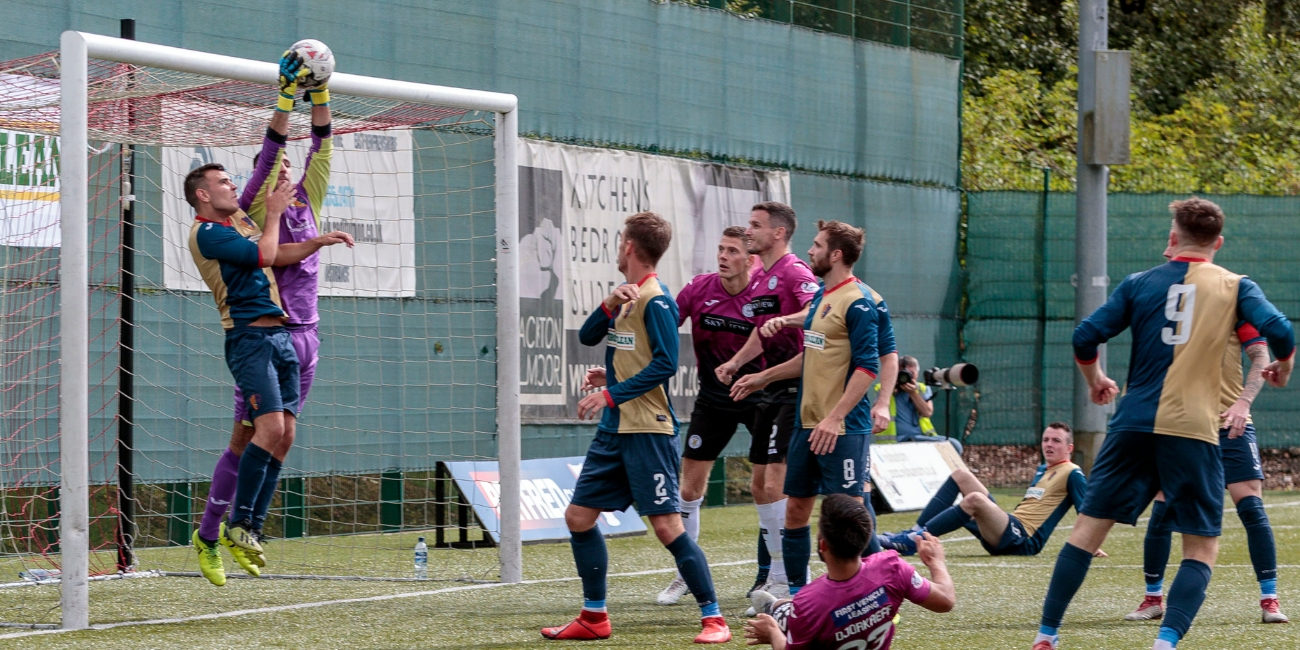 St Mirren's hopes of qualifying for the next round of the Betfred Cup were dealt a blow after a frustrating 0-0 draw away to East Kilbride.

Saints were largely in control of the match but couldn't find a breakthrough with East Kilbride goalkeeper Alan Martin in fine form, earning himself the man of the match away.

The Buddies disappointment was compounded as East Kilbride picked up the bonus point after coming out on top on penalties.

The first opportunity of the match fell to the hosts on five minutes when Paul McGinn's clearance came off Jack Baird and landed at the feet of Sean Winter. The East Kilbride winger got his shot away but the attempt was always heading wide.

It was a slow start to the match, but the Buddies started to turn the screw after 20 minutes with Tony Andreu at the centre of three Saints chances in quick succession. The Frenchman played a lovely through ball for Oan Djorkaeff who looked primed to go one-on-one with Martin. But a last-gasp challenge from a Kilby defender allowed the goalkeeper to come out and smother.

Moments later, Andreu played a corner to the edge of the area where it met skipper Stephen McGinn. The captain had a go but Martin was equal to it.

Andreu then picked out Kyle Magennis inside the East Kilbride box. The young midfielder rounded Martin but slammed into the side net from a tight angle.

With half-time approaching Saints really should have been ahead when Stephen McGinn's long ball found Danny Mullen clear of the Kilby defence. The striker smashed goalward, denied by a fine Martin save before the goalkeeper blocked the follow-up attempt.

Saints looked like they would take the lead just seconds before the whistle blew for half-time when Magennis curled a shot towards the far post. It seemed as if it was going to creep in but Martin managed to gather.

The Buddies started the second-half brightly with Djorkaeff heading over from a corner and Mullen & Magennis having efforts saved by Martin in the opening five minutes after the interval.

Jim Goodwin made changes after the hour mark with Jim Kellermann and Cody Cooke on to replace Stephen McGinn and Magennis. Cooke went agonisingly close to heading Saints ahead just a few minutes after his introduction. The English striker was on the end of a wonderful Cammy MacPherson cross but nodded just over the bar.

With just over 10 minutes to go, the Buddies cranked up the pressure. Andreu had a shot blocked after getting on the end of a quick Ryan Flynn free-kick and sent another effort inches wide either side of a Kellermann strike that was well saved by Martin.

But Saints couldn't find the breakthrough they needed and headed to penalties for a bonus point. Paul McGinn, Andreu, Flynn and MacPherson all scored which allowed Danny Mullen the chance to win it after Ryan Sinnamon had missed for the home side. However, the striker smashed his penalty over taking the match to sudden death. Djorkaeff scored as did East Kilbride's Dean Cairns. Cooke missed after being ordered to retake his penalty which allowed David Brownlie to seal the bonus point for the Lowland League outfit.