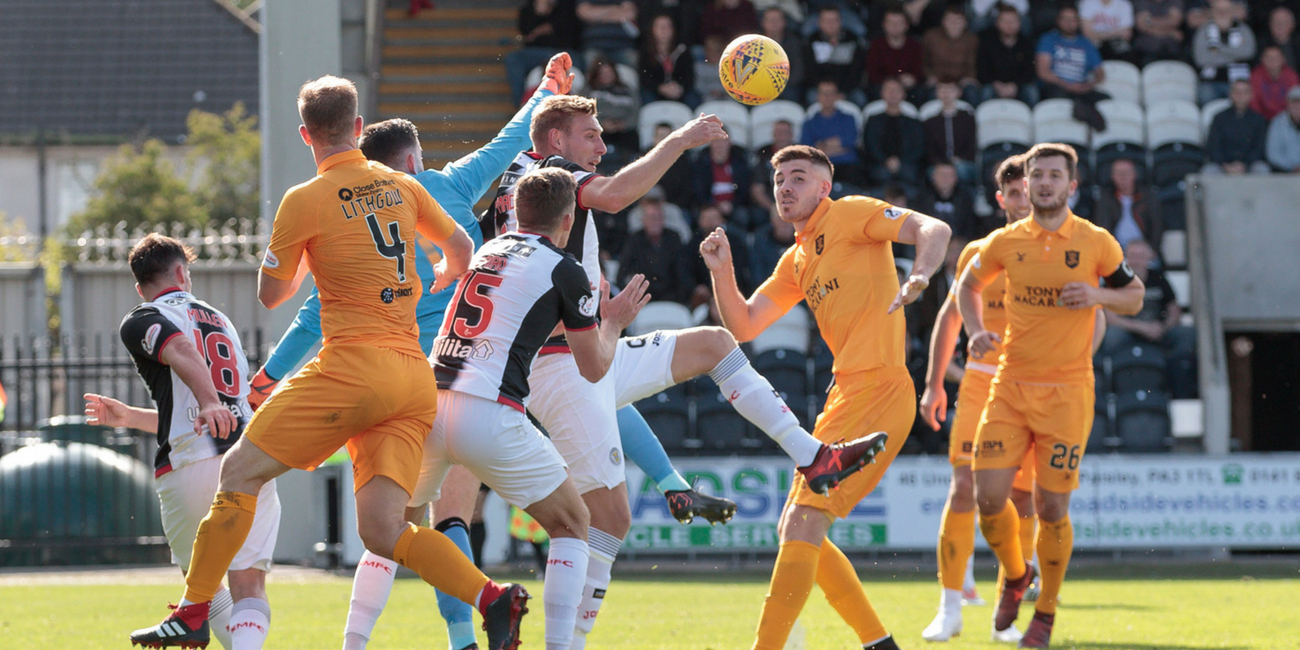 St Mirren were looking to make it four straight top flight home wins for the first time in their history when they welcomed Gary Holt's Livingston to the Simple Digital Arena.

The Saints began the stronger of the two sides as a quick counter down the left hand side led to an early cut back across goal from Kyle Magennis, sadly no one was there to put it home.

After losing early goals in trips to Rangers and Aberdeen, St Mirren were lucky not to have faced the same story with Livingston, when Livi striker Jack Hamilton hit the post from close range after just eight minutes.

That chance was a clear warning from Gary Holt’s men because on the 13th minute St Mirren found themselves behind, as a loose ball in the box got headed into the path of Jack Hamilton, who slotted home from five yards out to give the visitors the lead.

Samson was forced into a fine save at his far post yet again, as Livingston began to cause more problems from set pieces. But outside those few chances large sections of the first half were played in the midfield, with both teams struggling to break down the others defence.

Six minutes later and Lawless nearly found Hamilton again, as he connected with the ball, but it was guided into the hands of Samson.

Matty Willock tried to break through the visitors defence with a strong run from deep but he was boxed out by the defender, with Liam Kelly claiming the loose ball.

On the 35 minute mark Livingston scored their second, as they converted from another corner. Defender Alan Lithgow got above the Saints defence and headed past Samson at the near post.

At half-time Alan Stubbs men mainly had themselves to blame for being behind. The early stages of the second-half played out the same way as the first ended, with both teams really struggling to break into each other’s box. Although the Saints came closest with a cut back to Danny Mullen being blocked by a defender.

Mullen started to really come into the game in the second half, another opportunity four minutes later was sent just over the bar, but still left the home side goalless.

The Buddies continued to get forward, while lacking that clinical touch in the final third of the pitch. With the visitors' defence managing to stifle any real chances into the box. But much like the first-half Livingston managed to cause serious issues from the set piece, coming close on multiple occasions to getting that third and decisive goal.

With five minutes left Craig Samson was challenged from close range one last time, managing to push the ball away from his goal to keep the scoreline down.