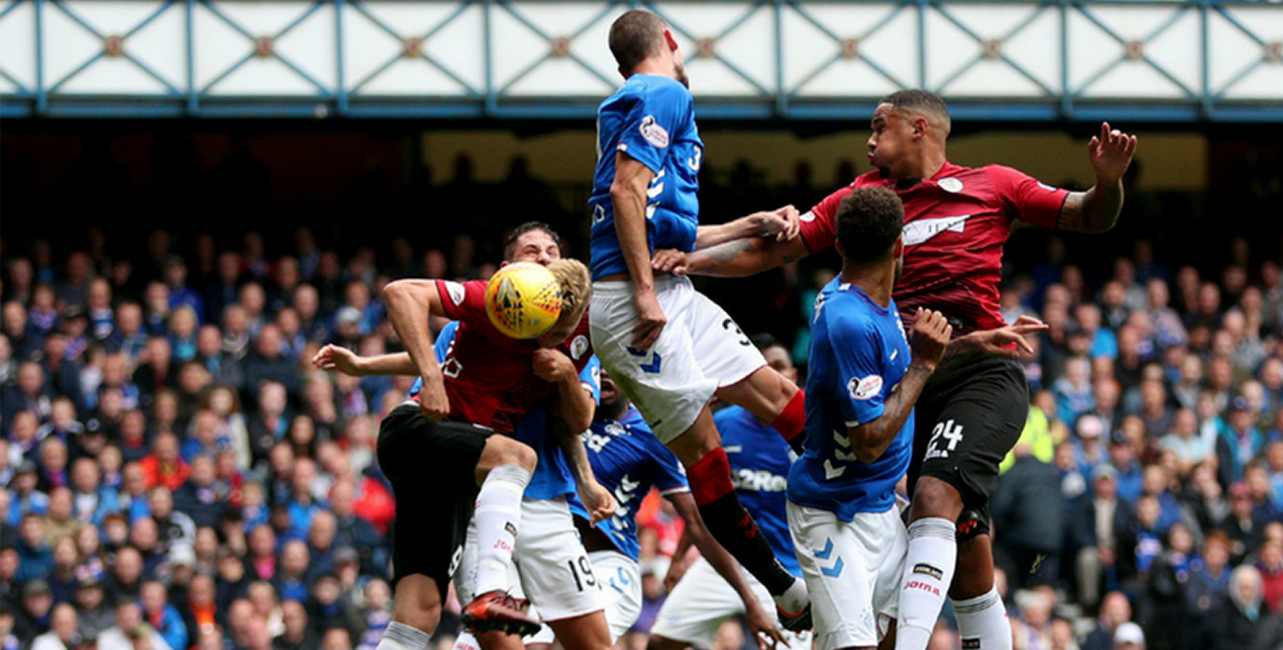 St Mirren suffered just their first loss of the season as The Buddies fell to a 2-0 defeat at Ibrox this afternoon.

Alfredo Morelos and Connor Goldson had the hosts in front before Ross McCrorie was sent off on the half hour mark. Danny Mullen and Cammy Smith both went close for Saints but couldn’t force the goal that would have put Rangers under pressure.

Alan Stubbs made one change from the side that defeated Dundee last week on the opening day with new recruit Nicolai Brock-Madsen coming in in place of the departed Ross Stewart.

The home side had the first chance of the game when Alfredo Morelos brought the ball down on his chest and lashed an effort into the side-netting. Saints responded with Smith dragging an effort wide two minutes later.

Morelos, who was cleared to play this afternoon after Gers successfully appealed his red card from last weekend, was the danger man for the home side and Buddies goalkeeper Craig Samson had to be alert to a Ryan Kent effort after Colombian forward Morelos had slipped in the on-loan winger.

It was indeed Morelos who would open the scoring for Gers on 14 minutes. Saints were caught in possession defensively when Jack Baird lost the ball. Jamie Murphy funnelled the ball to Morelos who took a touch before slamming beyond Samson.

Rangers doubled their advantage 10 minutes later when Connor Goldson headed home from a free kick. Kyle Magennis tripped Kent deep in the Saints half. Gers debutant Borna Barisic floated the ball into the box to meet the head of Goldson who nodded past Samson.

The Buddies could have found themselves a way back into the match had Brock-Madsen not been wiped out by Ross McCrorie as he beared down on goal.

The Dane latched on to a lovely through ball from Stephen McGinn but as he moved one-on-one with Allan McGregor he was scythed down on the edge of the box by midfielder McCrorie who was shown a straight red by referee Don Robertson. Hayden Coulson stepped up to take the resultant free kick on the edge of the box but it cannoned off the wall before going out for a corner.

Despite being down to 10 men, Rangers almost grabbed a third on 37 minutes when Goldson again was the highest at a corner but he headed off the post before Saints cleared.

As the game ebbed towards half-time Saints had their best opportunity of the game after nice footwork from Mullen saw the striker shift the ball onto his right foot and crack an effort off the cross bar.

There weren’t too many attempts for either side after the interval with St Mirren searching for a way back into the match.

Mullen had a go from distance after the hour mark which McGregor took two attempts to gather.

With 10 minutes remaining Cammy Smith went close twice in the space of a minute. The first saw his shot take a deflection and loop over the head of McGregor going just by the far post. From the corner the ball eventually found its way to Smith on the edge of the box with the forward volleying not too far over.

In the end Saints couldn’t find the goal that would have given them the chance to make life difficult for Rangers and all attention now turns to next Saturday’s match against Aberdeen in the Betfred Cup.