Saturday sees St Mirren's final away day before the World Cup break as Stephen Robinson's side head to Dingwall to face Ross County.

Saints will be looking to bounce back from a 3-0 defeat to Hibernian at Easter Road on Saturday. Despite defeat, the Buddies excellent home form this season, sees us sit just a point off third place in the cinch Premiership. In our five matches in October we won two, lost two and drew one.

Ross County are bottom of the cinch Premiership with nine points from their opening 13 matches. Malky Mackay's side have lost their last two - losing 2-1 to Hearts on Sunday, while suffering a 1-0 defeat to Kilmarnock at Rugby Park.

Despite sitting on the bottom of the table they only do so by virtue of goals scored with Dundee United also on nine points as well as having the same goal difference as the Staggies.

A win could propel Saints to third place in the league depending on the score between Aberdeen and Hibernian on Friday night. County know a win could move them off bottom spot as we edge closer to the World Cup break.

Tickets for Saturday's match are available at the St Mirren Ticket Office. There will be no sale of tickets on the day of the match. Full ticket info is available HERE.

International subscribers to St Mirren TV can watch league matches live as part of their subscription.

St Mirren and Ross County have faced off already this season with a stunning Richard Tait goal the difference when Saints defeated the Staggies 1-0 at the SMiSA Stadium in August.

There was very little to separate the sides in the three meetings last season with both winning one each and the other ending in a draw.

Despite creating an abundance of chances in the following encounter in December, the Buddies were held to a 0-0 draw at the SMiSA Stadium.

A Joseph Hungbo penalty was enough to see Ross County win 1-0 in our only visit to the Global Energy Stadium in 2022. 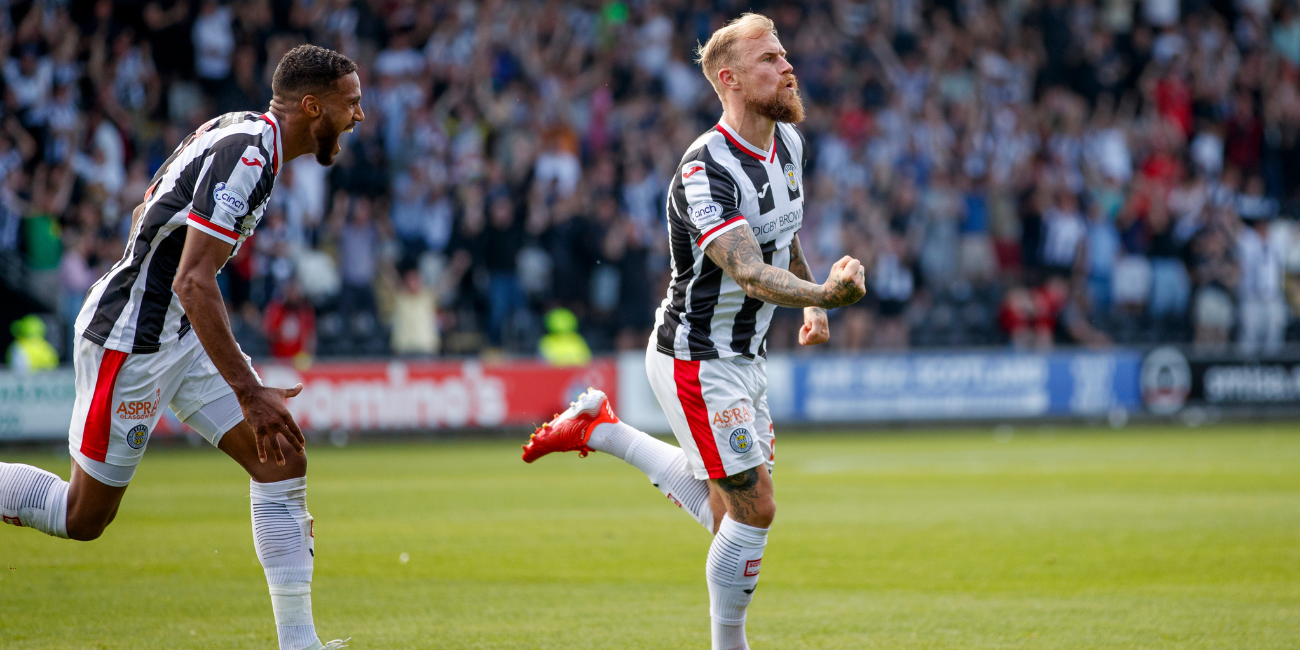 Richard Tait wheels away with Jonah Ayunga in tow after scoring the winner the last time we faced County (Image: Allan Picken)

The referee on Saturday is John Beaton. He's assisted by John McCrossan and Gordon Crawford. Stewart Luke is the fourth official.

William Collum is the Virtual Assistant Referee (VAR) while the Assistant VAR is Graeme Stewart.