Up Next: St Mirren v Livingston (11th May)

Our final home match of the 2021/22 season takes place on Wednesday night as we play host to Livingston at the SMiSA Stadium.

Saints sit three points off Wednesday night's opponents in the cinch Premiership after back-to-back wins over Dundee and St Johnstone.

Alex Greive and Curtis Main scored as the Buddies defeated Dundee 2-0 at the SMiSA Stadium on Saturday and guaranteed their place in the cinch Premiership next season.

Livingston sit in seventh position in the cinch Premiership - three points above Saints. David Martindale's men go into Wednesday's match having snatched a late draw with St Johnstone at the Tony Macaroni Arena on Saturday.

Tickets for Wednesday night's match are available at the St Mirren Ticket Office and online at stmirren.com/matchtickets.

The club is offering special ticket pricing for this match at just £10 for adults and £5 for concessions!

We are also once again offering our fantastic deal for youth teams, clubs and groups with two adults and up to 20 under-12s able to attend for just £24. More details can be found here.

The match will also be live on St Mirren PPV at a cost of £14.99. International subscribers to St Mirren TV can watch live on tv.stmirren.com as part of their subscription, while season ticket holders who can't make the match can also watch on St Mirren TV.

The Buddies are unbeaten against Livingston in cinch Premiership action this season.

Ethan Erhahon scored the game's only goal when we defeated the Lions 1-0 at the Tony Macaroni Arena in the first league meeting in October.

Neither side could be separated in the other two league matches with both finishing 1-1. Nicky Devlin scored a last-gasp equaliser in November at the SMiSA Stadium to give Livi a point, while Greg Kiltie also netted a late leveller for Saints when the sides last met in February.

However, Livingston did edge out the Buddies in the Premier Sports Cup earlier this season - winning 4-3 on penalties following a 1-1 draw after extra-time. 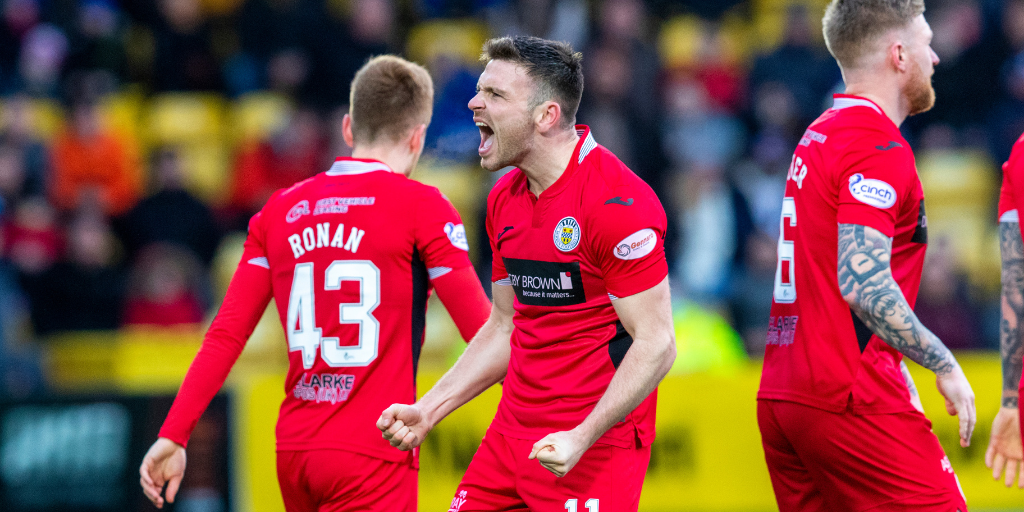 The referee on Wednesday night is Kevin Clancy. Jonathan Bell and David Dunne are the assistants, while Alan Newlands is the fourth official.