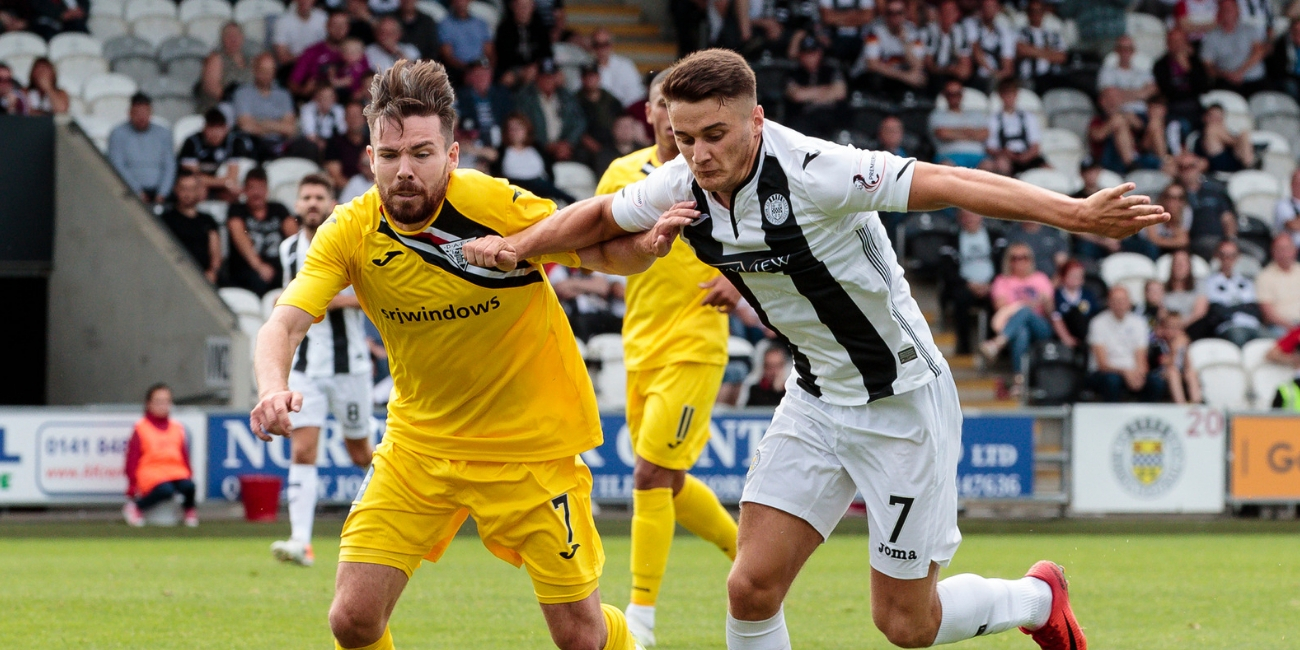 St Mirren are back in action at the Simple Digital Arena this evening as we play host to Edinburgh City in matchday two of the Betfred Cup.

Saints will be looking to bounce back from the disappointment of defeat to Dunfermline in Paisley on Sunday and aim to get our first points on the board in Group H.

The Buddies, who fell 3-0 behind at half-time against the Pars, looked like the might launch an improbable comeback when strikers Cody Cooke and Danny Mullen netted inside the space of two minutes to make it 3-2. But with 25 minutes to go Jim Goodwin's side couldn't find an equaliser that would have taken the match to penalties.

Tonight is Edinburgh City's first match in the Betfred Cup this season after being the side that missed out on the first round of fixtures at the weekend.

McDonagh's side challenged for the League Two title last season but fell away towards the final few matches and finished in third between champions Peterhead and Clyde. They faced the latter in the promotion play-offs but lost 4-0 to Danny Lennon's Clyde.

Saints have faced Edinburgh City once before in the Betfred Cup group stages.

The Buddies defeated the Citizens 3-0 at the Simple Digital Arena in July 2016 thanks to first-half goals from Lawrence Shankland, Tom Walsh and Jack Baird.

Despite that win and finishing on nine points in the group, it wasn't enough for Saints to progress to the next round.

There have been four meetings between the sides over the last 84 years since they first met in old second division in 1935. City won 3-2 in the first meeting, but Saints have came out in top in the remaining three since then. A 5-0 win in 1936 was followed up by a 3-1 win in the Scottish Cup in 1939, before the 2016 Betfred Cup group stage match.

The Buddies backline will have to keep their eye on City's Blair Henderson. The striker hit 40 goals for the Citizens last season - 30 of those coming in League Two to see him finish top scorer by a country mile. His goalscoring exploits saw him named as League Two Player of the Year and win the SPFL 'Tartan Boot'.

Another key player for City is captain Josh Walker. Walker is probably better remembered to Scottish football fans for a loan spell at Aberdeen over 10 years ago where he scored in their famous 2-2 draw against Bayern Munich in the then UEFA Cup.

Saints will be looking to win their remaining three group stage matches in the hope that nine points will be enough to progress to the next round.

Edinburgh City will be looking to shock the Buddies and get their opening Betfred Cup match off to a winning start.

Both Tony Andreu and Oan Djorkaeff made their Saints debuts in Sunday's match against Dunfermline. The latter's came from off the bench and he could be in line to make first St Mirren start this evening.

The squad of 18 is likely to be the same as Sunday's match with no fresh injury concerns.