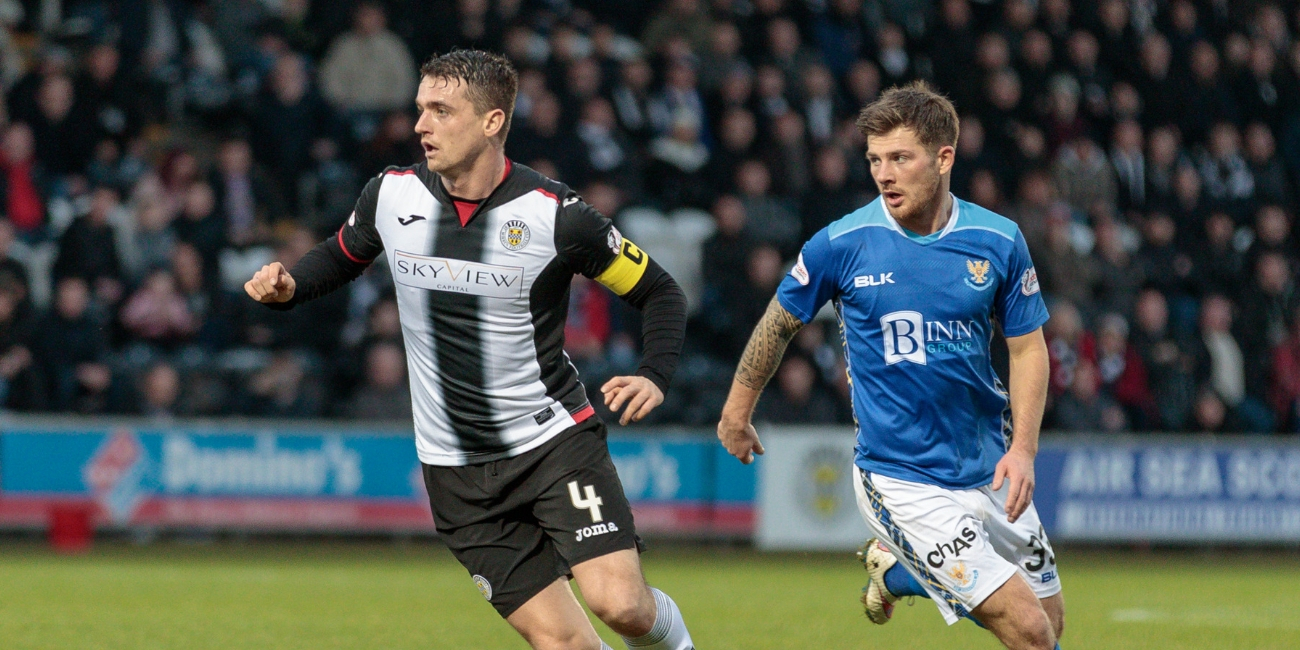 St Mirren play host to St Johnstone in our final Saturday home match of the season.

The Buddies come into tomorrow's match on the back of an impressive 3-1 win away to Livingston at the Tony Macaroni Arena last weekend.

Despite Craig Halkett being sent off, the hosts took the lead through Scott Robinson.

But Paul McGinn got Saints level soon after, before late goals from Danny Mullen and Simeon Jackson gave Oran Kearney's men the win.

St Mirren have only lost once since our last meeting with St Johnstone. That was a 2-0 loss to Celtic, while there have been wins over Dundee & Livingston and a draw away to Hamilton.

St Johnstone have won three and lost three of their previous six league matches. They come into tomorrow's match following a 2-0 win over Dundee at McDiarmid Park last Saturday.

St Johnstone have won all three encounters between the two sides this season.

The Buddies travelled to Perth for the first meeting back in October. Despite missing two penalties, St Johnstone still ran out 2-0 winners with second-half goals from David Wotherspoon and Matty Kennedy giving Tommy Wright's men the three points.

St Mirren welcomed St Johnstone to the Simple Digital Arena on Boxing Day 2018. The visitors again came away with the points after a last-gasp winner from Tony Watt.

The Paisley Saints missed a penalty on our trip to McDiarmid Park last month as St Johnstone edged us out 1-0. Simeon Jackson had an early spot-kick saved by Zander Clark before a defensive mix-up allowed Chris Kane to net the game's only goal.

The Buddies last defeated St Johnstone in 2014 when goals from Jason Naismith and Adam Drury gave us a 2-1 win at McDiarmid Park.

Our last win over St Johnstone in Paisley was in October 2013 where we defeated the Perth Saints 4-3.

St Mirren could potentially move into 10th spot if they gather all three points tomorrow.

The Buddies would have to win and hope that Hamilton fail to defeat Livingston at home to climb above Brian Rice's side.

St Johnstone currently occupy seventh spot and will be keen on three points to keep themselves ahead of eighth placed Motherwell who are just three points behind.

Oran Kearney confirmed that Greg Tansey is out for the season, but the midfielder is the only absence for the Buddies.

Duckens Nazon could come back into the squad after serving his two-match suspension.

"There's a good feel about the place. But there's a realisation of where we are at and we are under no illusions of what is still needed.

"St Johnstone are a good side and we've had three tough battles with them over the season and we are yet to come away with any points from it. That should show us how tough a task it's going to be on Saturday.

"We've always set our sights on the position above us and it is still within touching distance. While it is still mathematically possible we've got to keep pushing as hard as we can.

"The fans can't underestimate how big a role they play. When the chips are down and things aren't going well to have that encouragement from the sidelines is so important and it is absolutely something we need over the last four games."