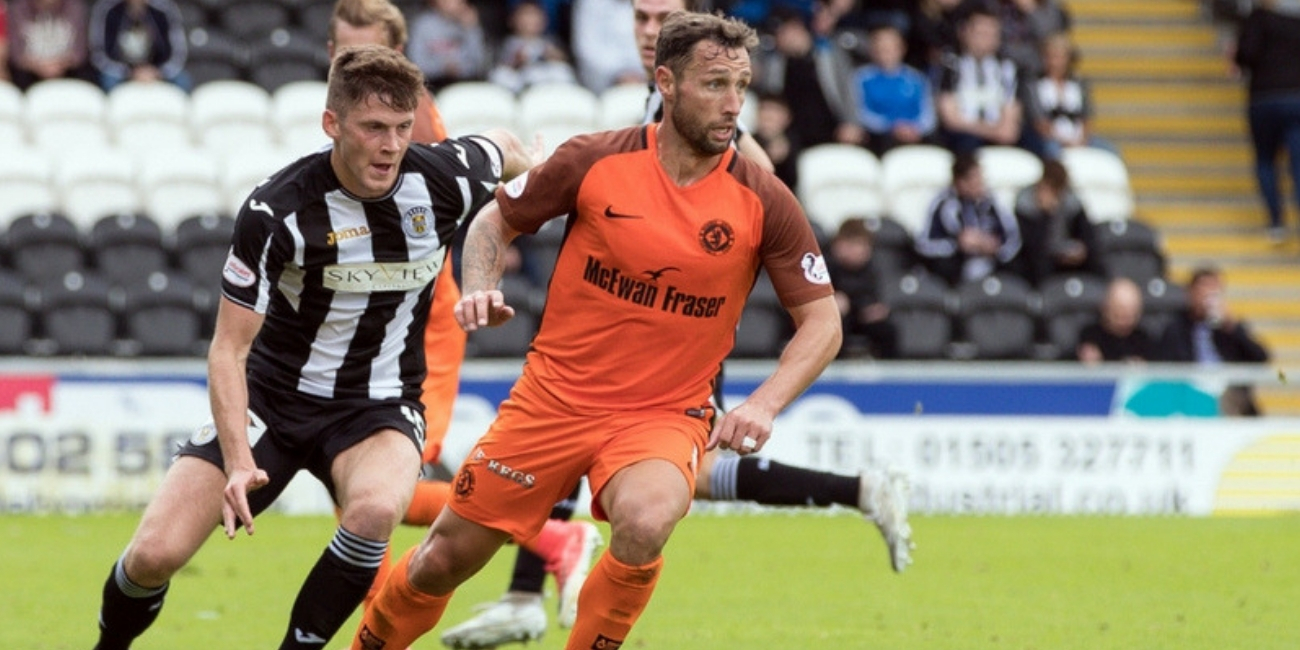 It's a break from league football for Saints tomorrow as the Buddies host Dundee United in the fifth round of the William Hill Scottish Cup.

St Mirren booked their place in the Fifth Round with a dramatic 3-2 win over Alloa Athletic at the Simple Digital Arena last month.

The Buddies fell 2-0 behind in the first half with Alan Trouten and Kevin Cawley netting for the part-timers.

But Saints roared back in the second half with Cody Cooke, Ethan Erhahon and Kyle McAllister sealing a remarkable comeback.

McAllister's late winner won him Scottish Cup Goal of the Fourth Round.

Dundee United also began in the Fourth Round this season and progressed thanks to a comfortable 4-0 win away to Montrose.

Saints are coming into tomorrow's match on the back of a narrow loss to Motherwell on Wednesday night. The Fir Park side went 1-0 up, but Paul McGinn got St Mirren level with his second goal of the season. However, only a few short minutes after Saints' equaliser, Motherwell took the lead again to win the game 2-1.

Robbie Neilson's Dundee United were last in action last Saturday when they overcame Morton 2-1 at Tannadice in the Championship.

This will be the first time the two sides have met this season.

There were four meetings between Saints and United last season in the Championship with both winning two apiece.

Dundee United were victorious in the last clash with an early Billy King strike giving the Tangerines a 1-0 win at Tannadice.

The Buddies did, however, defeat the Arabs on both of their visits to the Simple Digital Arena last season.

The first was in August 2017 when a Lewis Morgan double and an Ian McShane strike gave us a 3-0 win. Morgan was at the double again when United visited in December 2017 with his two second half goals seeing us run out 2-0 winners.

The last meeting of the sides in this competition was in February 2014 in the fifth round. Dundee United edged it 2-1 at Tannadice with Nadir Ciftci and Ryan Gauld scoring either side of a Kenny McLean penalty.

St Mirren defeated United in the fifth round in 2008. After a 0-0 draw at Tannadice, Andy Dorman gave Saints a 1-0 win at Love Street in the replay.

We have won this competition three times in our history with the last coming in 1987 when Ian Ferguson's extra-time goal saw us defeat tomorrow's opponents to lift the cup. Our other previous triumphs came in 1926 when we defeated Celtic 2-0 and in 1959 when we overcame Aberdeen 3-1.

A place in the quarter-final is at stake tomorrow.

St Mirren last made the quarter-finals in the 2016/17 season. Wins over Spartans and Dundee in the third and fourth round respectively set up a fifth round trip to Methil to face East Fife. The Buddies edged out the Fifers 3-2 at New Bayview to progress to the last eight.

Dundee United are aiming to make their first quarter-final since 2015/16. The Tangerines reached the semi-finals that season where they were edged out by Hibernian on penalties at Hampden.

Stephen McGinn is a doubt for St Mirren after sustaining an injury in our midweek defeat to Motherwell.