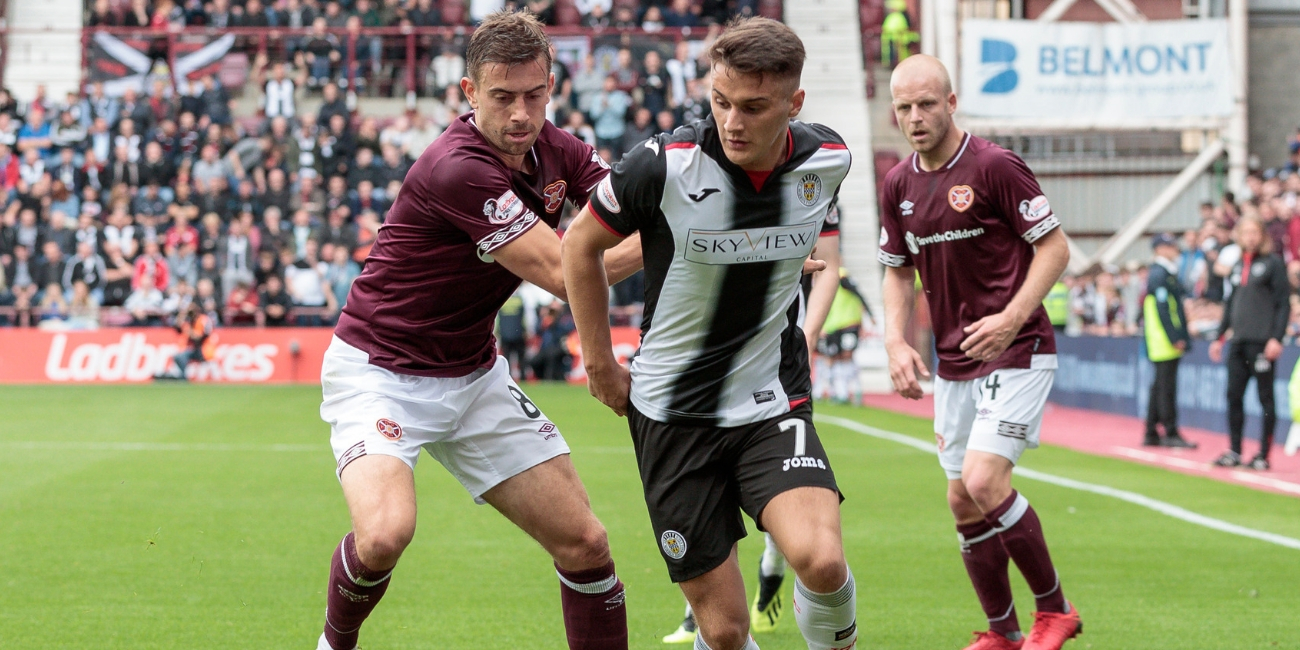 St Mirren are back in action following the international break with Craig Levein's Hearts the visitors to the Simple Digital Arena.

Saints come in to today's match on the back of a 1-1 draw with Dundee at Dens Park two weeks ago.

It was the second point the Buddies have picked up since Oran Kearney's appointment as manager in September.

Simeon Jackson gave St Mirren the lead on 20 minutes when he converted from the penalty spot. But Dundee levelled through Kenny Miller 14 minutes later.

Saints had chances to win the match late on but had to settle for a point that keeps us in 11th above Dundee.

Today's visitors Hearts had been sitting pretty at the top of the league for a number of weeks, but three games without a win saw the Jam Tarts drop to second.

A 1-0 loss to Kilmarnock at Tynecastle before the international break came off the back of a 5-0 loss to Celtic at Celtic Park and a 0-0 draw with Hibernian in the Edinburgh derby.

The Jambos' last win came just over a month ago when they defeated Dundee 3-0 at Dens Park.

The Buddies have already faced Hearts this season - losing 4-1 to the Jambos at Tynecastle in September.

Steven Naismith gave the home side an early lead before good work from Cammy Smith brought about an own goal to get Saints level.

Olly Lee put Hearts back in front on the half hour mark and two quick-fire goals just before half-time saw Naismith complete his hat-trick.

This is the first match between the two at the Simple Digital Arena since a 1-1 draw on the final day of the 2013/14 season. Connor Newton gave Saints a first half lead, but Dale Carrick equalised for the visitors early in the second half.

St Mirren are unbeaten at home against Hearts in our last four matches. The 2012/13 season saw Saints win both home matches against the Jambos 2-0. The following season saw both matches end 1-1.

Hearts' last victory in Paisley was in a 2012 Scottish Cup replay where goals from Jamie Hamill and Rudi Skacel saw the Jam Tarts progress.

Saints could close the gap on 10th place Hamilton to two points with a win - providing Hamilton lose to Celtic in this afternoon's early kick-off.

Should Hamilton take anything from today's match against Celtic, Hearts could return to the top of the league with a win over Saints.

Ryan Edwards is unavailable for St Mirren tomorrow with Hearts his parent club.

Danny Rogers and Dean Lyness will fight it out for the number one jersey following Craig Samson's retirement.