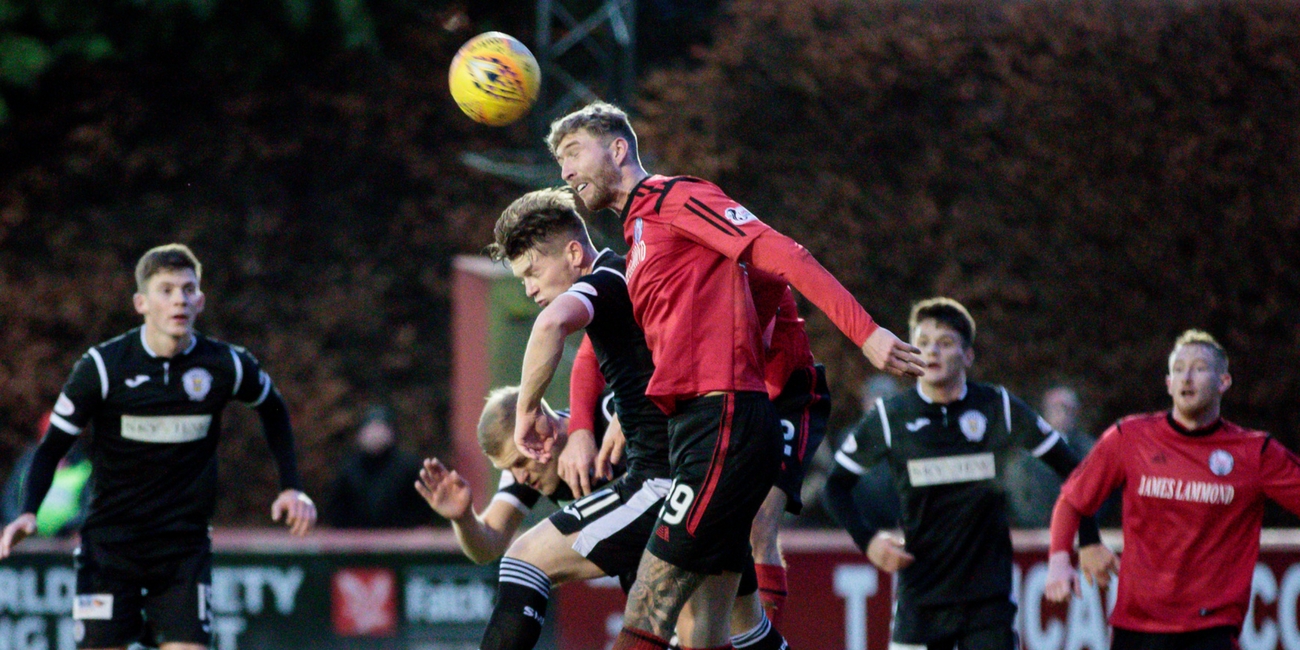 St Mirren could be crowned Ladbrokes Championship winners tomorrow when they travel to Brechin City.

The Buddies would win the title and be promoted to the Ladbrokes Premiership if they beat Brechin City and Livingston fail to take all three points from play-off chasing Morton.

It's a mark of the incredible job Jack Ross has done at Saints since taking over in October 2016.

However, beating Brechin tomorrow is no foregone conclusion despite the Angus side already having been relegated on top of failing to register a single league win this season. Saints have beaten City each time on the three occasions the two have faced off this season, but it's only been by a single goal each time.

The first came in September at the Paisley 2021 Stadium when a 2-1 win for The Buddies saw them move to the top of the league. Cammy Smith opened the scoring early on only for ex-St Mirren U20s striker Kalvin Orsi to equalise before half-time. It was a frustrating afternoon for Saints who looked like they may have to settle for just a point. But with 12 minutes remaining, Dale Hilson forced the ball over the line to give St Mirren a 2-1 win.

It was the same scoreline when Jack Ross' side made their first trip to Brechin a few weeks before Christmas. Again, Saints took a first half lead - this time through Gavin Reilly - but were pegged back seven minutes later when Isaac Layne slotted home beyond Craig Samson. St Mirren would seal all three points though when Cammy Smith scored from the penalty spot on 64 minutes after being fouled by Graeme Smith.

The last meeting between the two came in February when Kyle Magennis' 15th minute free kick was the difference. The Buddies had numerous chances throughout the first half to make it more comfortable, but failed to make any count and almost conceded when Liam Watt struck the post.

Whether tomorrow will be the day for Saints or not there will be a large crowd following the team with more than 2000 Buddies travelling to Glebe Park. With the end in sight the Saints players will be desperate to put on a show, while Brechin will hope to upset the odds and claim their first win of the season.