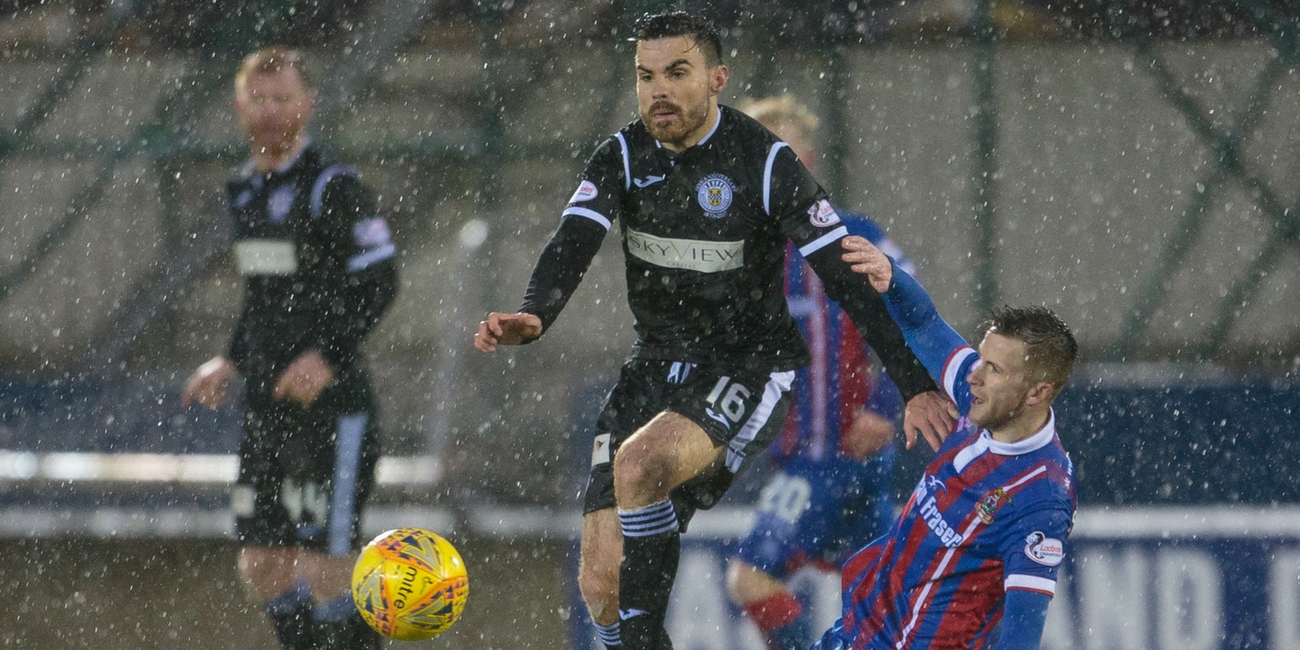 St Mirren make the trip up to the Highlands tomorrow to face IRN-BRU Cup winners Inverness Caledonian Thistle at the Tulloch Caledonian Stadium.

The Buddies took a step closer to title glory with an emphatic 5-0 win over Dumbarton at the Paisley 2021 Stadium on Tuesday night. A double from Lewis Morgan along with goals from Cammy Smith, Danny Mullen and Gavin Reilly saw Saints see off the Sons in convincing fashion to make it four wins on the spin and move to within eight points of winning the Ladbrokes Championship.

Meanwhile, Inverness, fresh from defeating Dumbarton in the IRN-BRU Cup final last weekend, come into tomorrow's match on the back of a 1-0 win over Dundee United at Tulloch Caledonian Stadium on Tuesday. Aaron Doran grabbed the game's only goal just before the interval to see the Caley Jags move above Falkirk on goal difference in seventh place.

Saints have come out on top in all three meetings between the sides this season, but they've all been close contests. The first took place at the Paisley 2021 Stadium back in September. Lewis Morgan gave St Mirren a first half lead before an incredible 13 minute spell in the second half saw five goals scored. John Baird equalised for Caley Thistle on 61 minutes, but the Buddies re-took the lead two minutes later through Gregor Buchanan. Liam Polworth got Inverness on terms for a second time on 69 minutes, only for Cammy Smith and Ian McShane to score in the 73rd and 74th minute to give Saints the three points.

St Mirren came out on top again when they travelled up to Inverness in November. Second half goals from Ian McShane and Gavin Reilly gave the Buddies a 2-0 win at a rain-lashed Tulloch Caledonian Stadium.

Inverness made their final visit of the season to Paisley in January, but again came away empty handed as Gavin Reilly's 20th goal of the season saw St Mirren win 1-0.

Tomorrow's match will likely be another close encounter with both sides aiming for different things. A St Mirren win would see the Buddies move to within five points of the title and a return to the Ladbrokes Premiership. For Inverness, they'll be looking for three points that moves them further away from the relegation play-off spots and keeps alive their feint hopes of reaching the promotion play-offs.

All the match day info you need ahead of tomorrow's match can be found here.