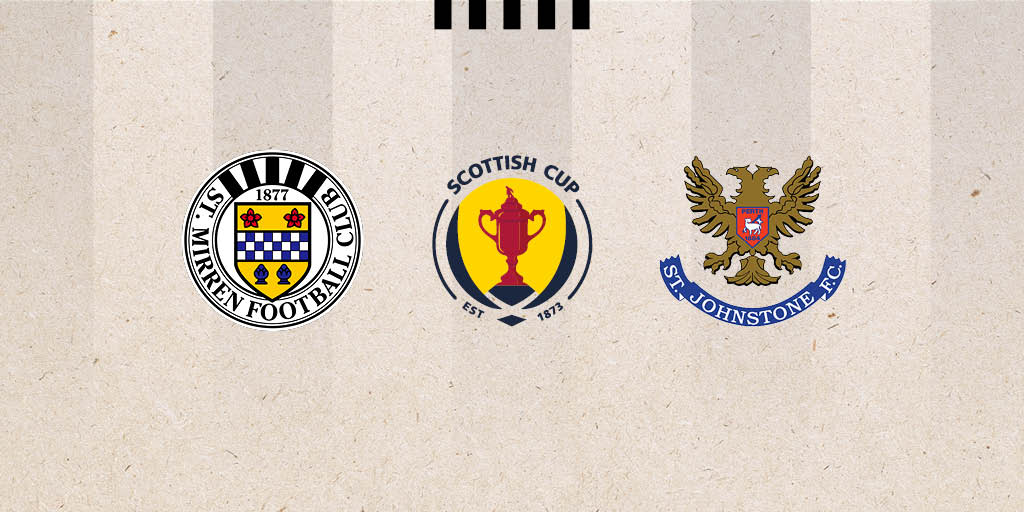 Up next: St Mirren v St Johnstone (9th May)

It's Hampden for St Mirren again as Saints get set for the Scottish Cup semi-final.

A nail-biting penalty shoot-out win over Kilmarnock saw Saints reach the semi-final after wins over Inverness and Hamilton Academical in the previous rounds.

It's the first time the Buddies have reached the semi-final in both the League and Scottish Cups since 1981/82.

St Johnstone, who won the League Cup in February, road to Hampden began with a 1-0 win over Championship side Dundee at Dens Park. They followed that up with a 2-0 victory over Clyde at McDiarmid Park two weeks later before knocking Rangers out with a penalty shoot-out win at Ibrox.

Ironically, Dundee United were also the side that St Johnstone beat in their only Scottish Cup final back in 2014. Current St Johnstone manager Callum Davidson was assistant manager when the Perth side defeated United 2-0 at Celtic Park.

Sunday's match is available on both BBC One Scotland and Premier Sports.

The two Saints have met three times this season - all in Scottish Premiership action.

Jim Goodwin's side have won one of the three matches - defeating St Johnstone 3-2 at the SMiSA Stadium in December.

The Perth Saints won both matches at McDiarmid Park this season by a 1-0 scoreline.

The referee on Sunday is William Collum. Sean Carr and Calum Spence are the linesmen. The fourth official is Craig Napier.