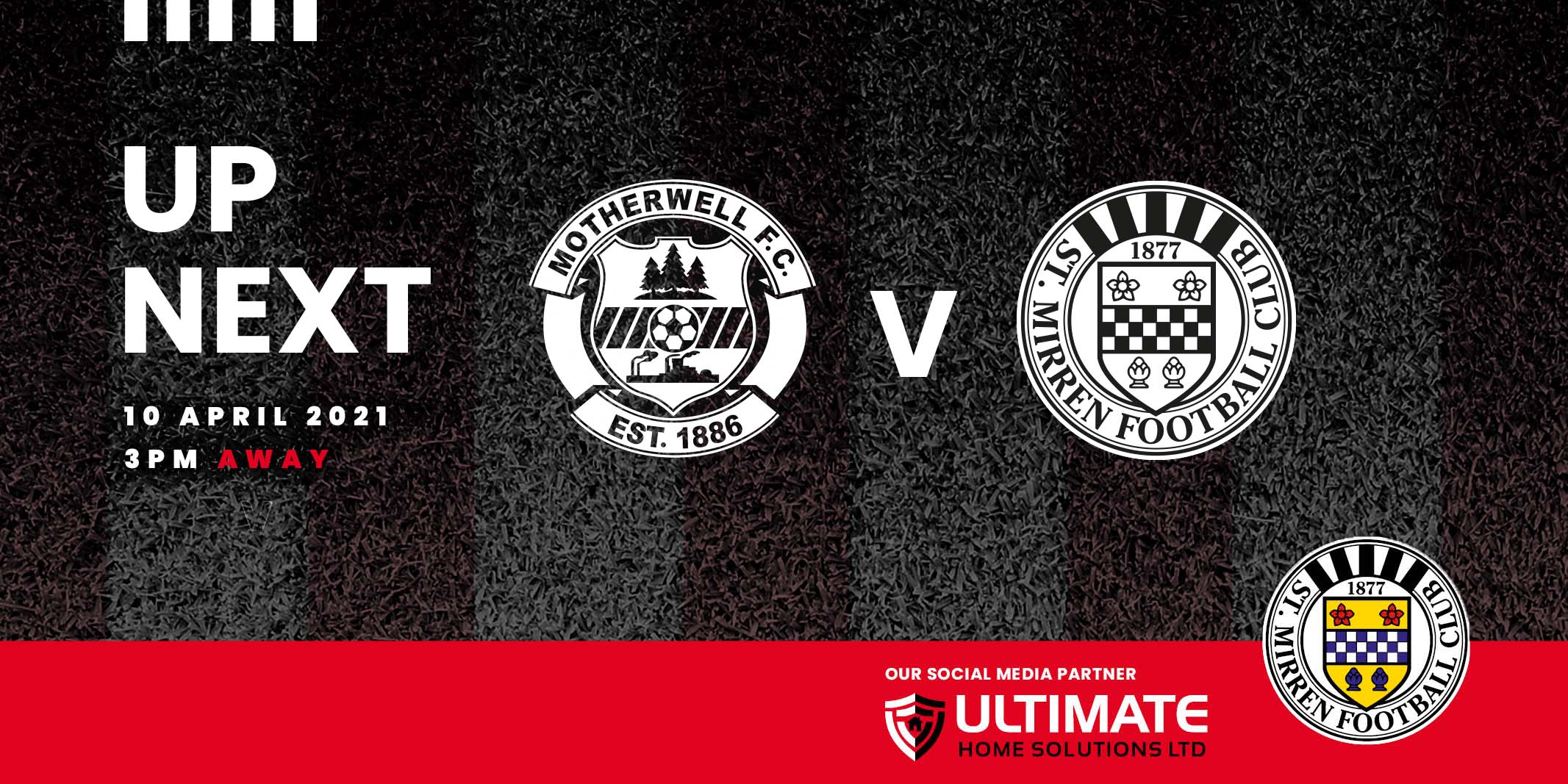 St Mirren head to Motherwell in the first post-split fixture as the 2020/21 Scottish Premiership season begins to draw to a close.

Saints face the Fir Park side on the back of a convincing 3-0 win in the Scottish Cup away to Motherwell's Lanarkshire rivals Hamilton Academical.

A Kristian Dennis strike either side of a Jamie McGrath brace secured Saints' passage into the Fourth Round of the cup.

Motherwell, meanwhile, also safely navigated their way into the next round of the cup with a 5-0 win away to Highland League side Formartine United.

Saturday's match will be shown live on Motherwell's PPV for £12.

The match is also available to international subscribers on tv.stmirren.com.

St Mirren have won on their last three trips to Fir Park.

A Jamie McGrath strike was enough to give the Saints a 1-0 win in December in the Scottish Premiership. Goals from Jon Obika and Ilkay Durmus gave the Buddies a 2-1 win at Fir Park in the final meeting of the two sides last season in February 2020. That win came a week after a penalty shoot-out victory for Saints in the Scottish Cup following a dramatic 4-4 draw.

Neither side could be separated when they last met in February as the game finished 0-0 at the SMiSA Stadium.

Jim Goodwin's men are unbeaten in the last six against Motherwell stretching back to a 3-0 loss in Paisley back in December 2019.

Kevin Clancy is the referee on Saturday. He's assisted by Graeme Stewart and David Doig. Barry Cook is the fourth official.