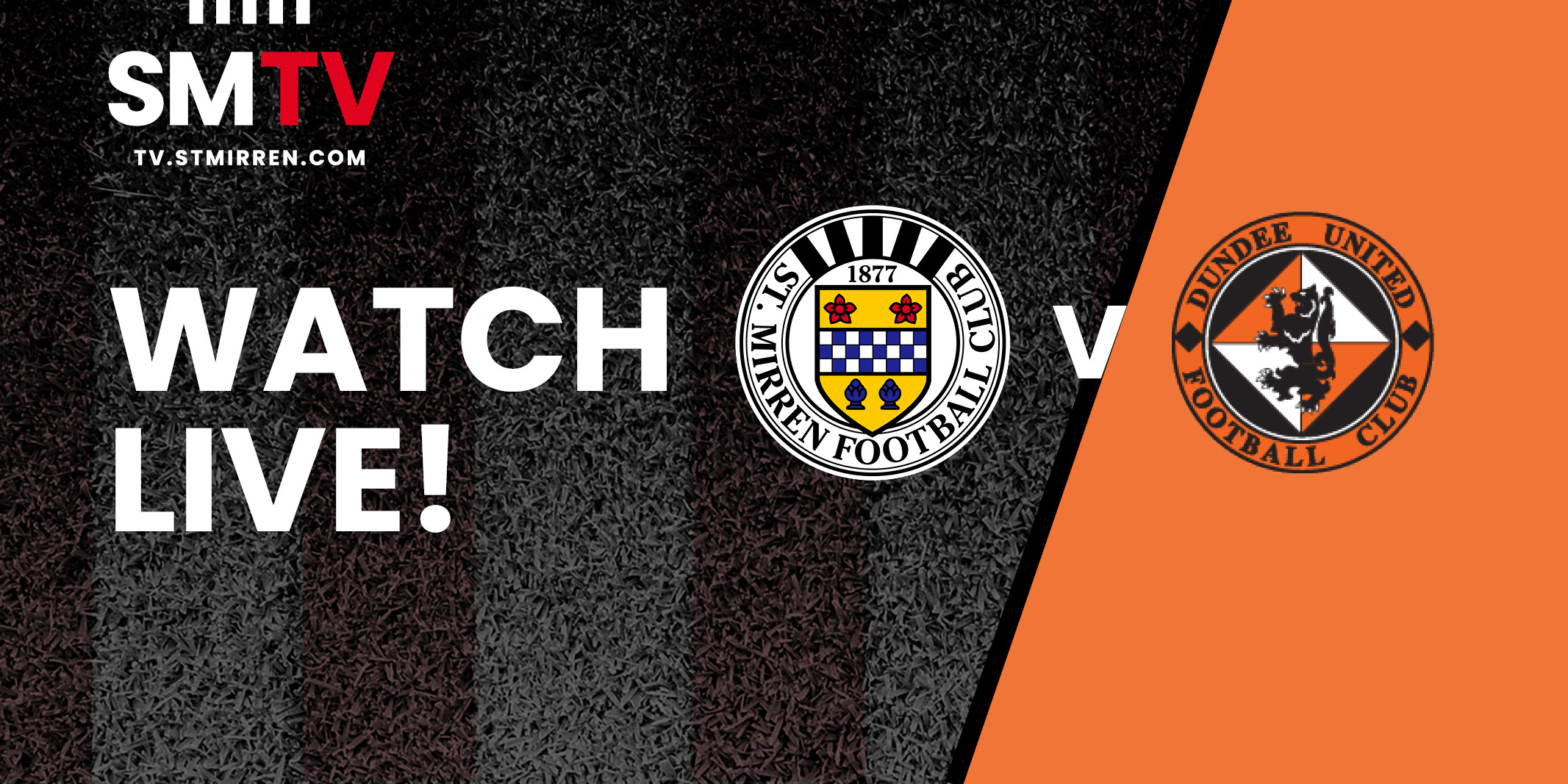 St Mirren make their return to action on Friday night as Saints host Dundee United at St Mirren Park in the Scottish Premiership.

The Buddies were last in action on 10 October when Jim Goodwin's men came from 2-0 down to draw 2-2 with Queen of the South in the Betfred Cup.

Saints last Scottish Premiership match came over a month ago when Saints were edged out by a last minute winner away to Aberdeen.

Dundee United, meanwhile, come into Friday's match on the back of a 2-1 win over Ross County at Tannadice on Saturday.

Mickey Mellon's side sit nine points ahead of Saints in sixth place, but have played three games more than the Buddies.

The match is available to all season ticket holders and international subscribers on St Mirren TV.

"We've got a fair idea of what to expect from Dundee United. I was at their game on Saturday against Ross County and they played really well. They are very well organised and Mickey Mellon has them working really hard.

"We're well aware of how dangerous Dundee United are on the attacking front, but we have to go into it with belief and confidence that we can cause them problems of our own and I believe we have the players within our ranks to do that. It should make for an entertaining game.

"It's a fresh start for us. We can't affect what's happened and everyone knows we've had a tough time as of late. But there's a real air of excitement this week to be back at it and everyone is really looking forward to Friday night."

St Mirren have already faced Dundee United this season with the Buddies losing 2-1 at Tannadice in September.

Goals from Lawrence Shankland and Adrian Sporle either side of half-time gave United a 2-0 lead. Despite being reduced to 10 men after Richard Tait was sent off, Saints pulled a goal back through Dylan Connolly but were unable to find an equaliser.

St Mirren came out on top, on penalties, when Dundee United last visited St Mirren Park in the Scottish Premiership play-offs in May 2019.

David Munro is the referee on Friday. He is assisted by Graham Chambers and John McCrossan. Alan Newlands is the fourth official.