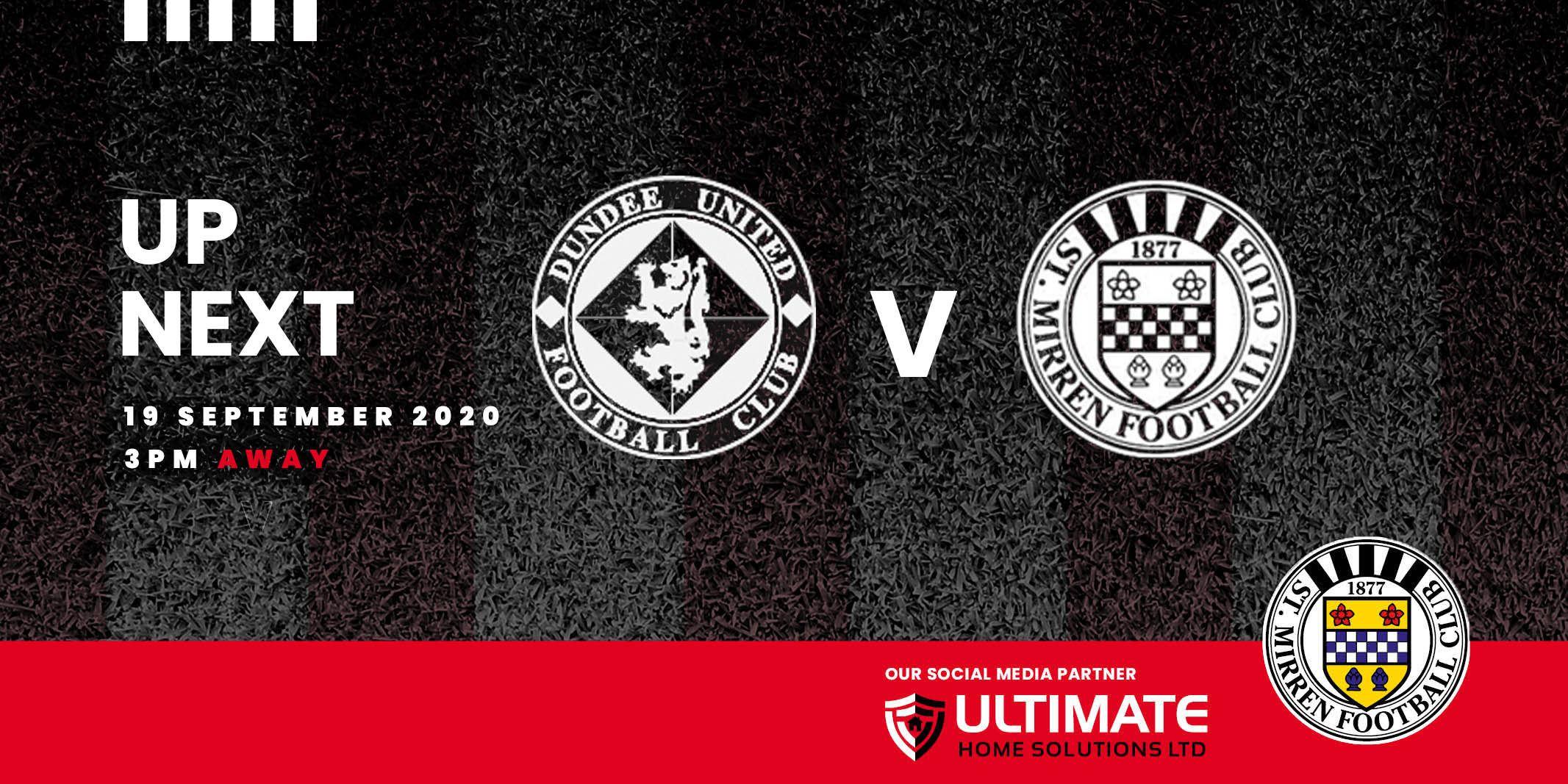 Both sides sit on seven points after seven matches with Saints one position above United in the table on goal difference. The two teams come into the match on the back of three losses on the bounce each.

Saints were edged out by Celtic on Wednesday night, losing 2-1 at St Mirren Park. That came following a 3-0 loss at home to Hibernian and a 1-0 defeat away to St Johnstone. The Buddies last win came on match day three when we defeated Hamilton Academical 1-0 at the FOYS Stadium.

Dundee United were beaten 4-0 by Rangers at Ibrox last weekend. That followed a 4-0 loss to Kilmarnock at Rugby Park and a 1-0 defeat at home to Celtic. United's last win was on match day four when they came from behind to defeat Ross County 2-1 in Dingwall.

International subscribers to St Mirren TV will be able to watch the match live.

Season ticket holders and UK & Ireland based St Mirren TV subscribers will be able to listen to live audio commentary on tv.stmirren.com or alternatively they can watch the match for £12.50 as part of Dundee United's pay-per-view offering.

This will be the first time the two sides have met since the dramatic Premiership play-off final in May 2019 that saw Saints maintain their Scottish Premiership place with a penalty shoot-out victory against United at St Mirren Park.

Colin Steven is referee for Saturday's match wit David Doig and Craig Ferguson as the linesmen. Craig Napier is the fourth official.

Our virtual 50/50 half-time draw returns this weekend for Saturday’s match away to Dundee United.

Tickets cost just £1 each with no limit on the amount of tickets you can purchase.