Football stadiums across the world fell silent. The Scottish Premiership came to an abrupt halt. Football, a form of escapism for many and a source of joy; but also a business and livelihood for many, ceased as the whole world faced the unknown.

St Mirren FC and the wider community banded together in solidarity – and we expected nothing less.

As the sale of season tickets launched during a time where fans understandably had other priorities and concerns, unwavering support was shown from all. Be In That Number was the sentiment loudly shared through actions and words.

We decided that each season ticket holder should receive their own personalised number because the fans are the most important part of the club. Each individual deserved unique recognition and were awarded their own number, just like the players on the pitch. The commitment to purchase a 2020/21 season ticket was worth commemorating.

Our Be In That Number messaging was proudly displayed far and wide across the streets of Paisley on billboards and shared online across multiple social media platforms. 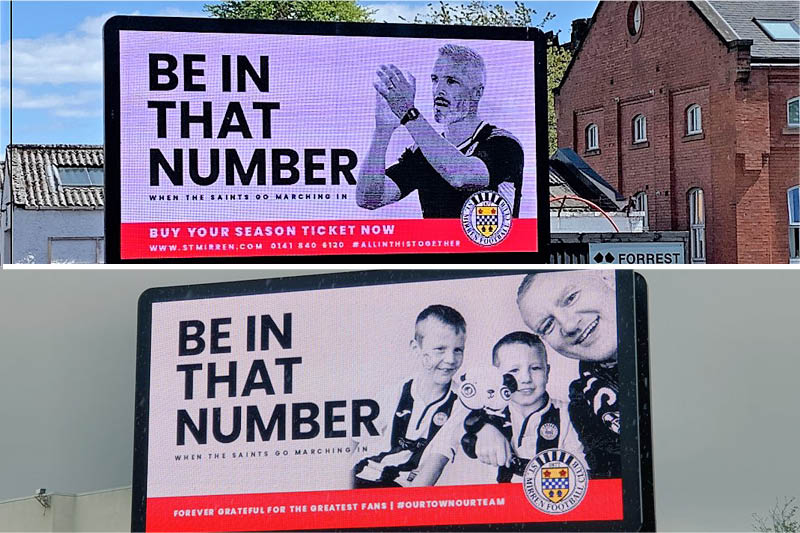 St Mirren FC Manager Jim Goodwin made a standout appearance on the streets of Paisley, while Saints fans brightened up a grey day.

Be In That Number successfully created a sense belonging as fans joined in the social media conversations sharing their number with fellow followers and supporters. 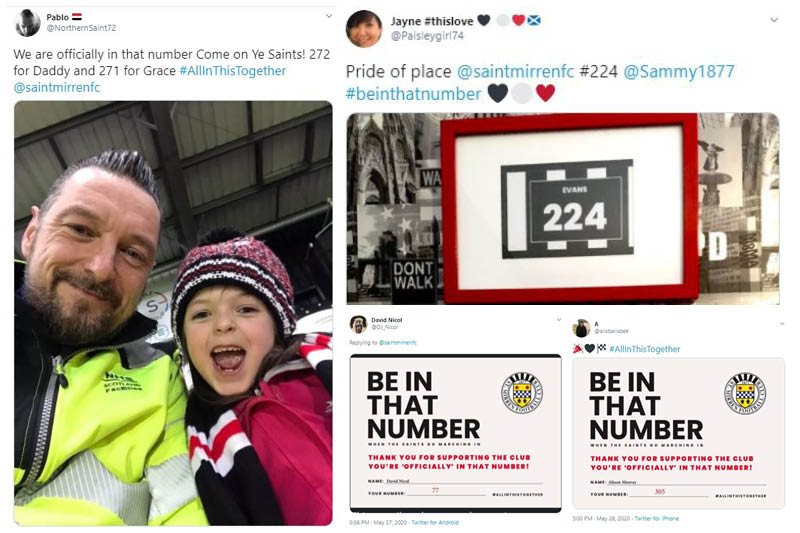 Saints fans took to social media to share their number

Fans truly came to the forefront with their support and generosity. We are pleased to report that over 3,200 season tickets have been sold to date, almost matching the sales from the previous season.

As a thank you, the club were determined to find a way to reward fans and add excitement and hope to the anticipated return of football. A prize draw was introduced to present lucky fans with incredible, once in a lifetime experiences.

Christie Wishart won lunch with the gaffer and a player of her choosing. James McCulloch was awarded the iconic number of 1877 and will have the West Stand named after him in his honour for one match. Emily Keane and Grace Keane will be our new stadium announcers for one game and Gary Montgomery will attend a match with our Chief Executive, Tony Fitzpatrick.

Last but not least, Ryan Watson was one of the first to own the new home shirt.

Our hope was to help create magical moments for fans. The delight expressed by the winners was wonderful to hear. 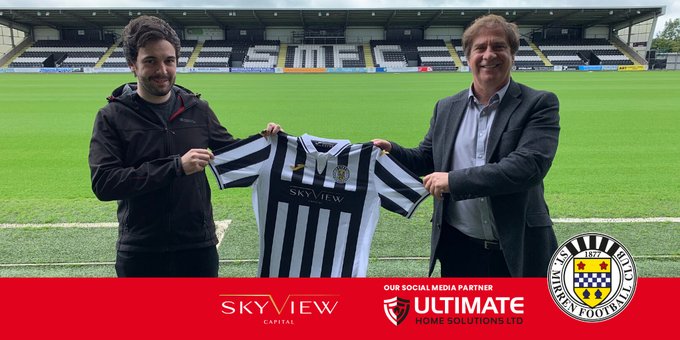 The Search for Paisley’s Other Saints

We have been pleased and privileged to introduce our Saints In That Number initiative. Saints in the community who have performed selfless acts of kindness throughout the recent challenging times will receive a St Mirren FC family season ticket. Fans have had the opportunity to nominate and help us in our search to find local heroes, NHS staff and other outstanding individuals who regularly show tremendous thoughtfulness.

Kibble, our partner and major stakeholder, has followed in our footsteps to donate a selection of tickets and several Paisley businesses, including Claymore Contracts Ltd, Scotjet Ltd and CY Turf have also joined the campaign.

Football is a way of life for so many people and we want to do anything we can to let the wider community know that we stand together and are there to support them.

Mental Health Support For All Staff

To help ensure the wellbeing of the wider Kibble and St Mirren team, mental health support was offered to staff, management and players. Private, one-to-one sessions with Kibble’s psychologists were available online or on the phone. The service re-emphasised the Be In That Number messaging as the integral members of staff who are dedicated to running the club were proactively supported too.

As the historical season kicked off, we celebrated as much as we could. 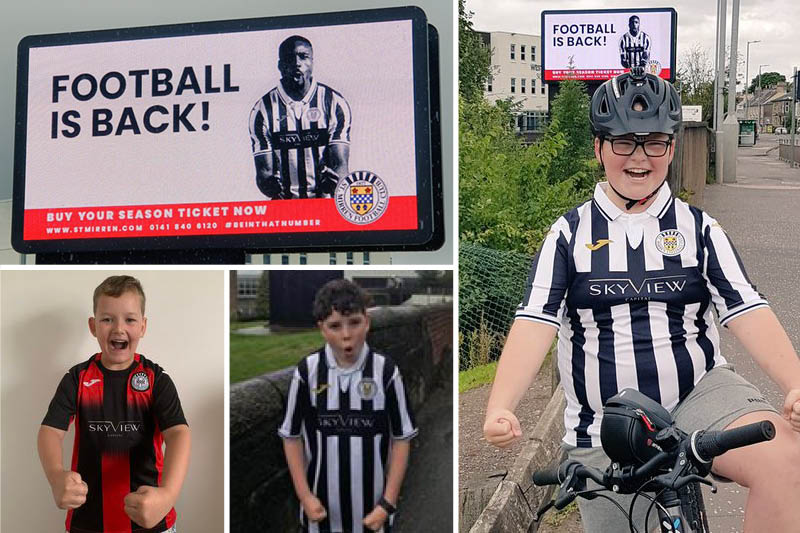 Obika and fans celebrate the return of football with the caveat that matches will be behind closed doors.

We cannot wait until fans and players are reunited together in the stadium. However, we are fully committed to the health, safety and wellbeing of our team, staff, fans and community and will only open the stadium when guidelines permit. *Football is back but behind closed doors for now.

Until that day comes, the players feel the strong sense of support from fans as cardboard cut outs fill the stands and digital screens flick through an array of supporter photos. 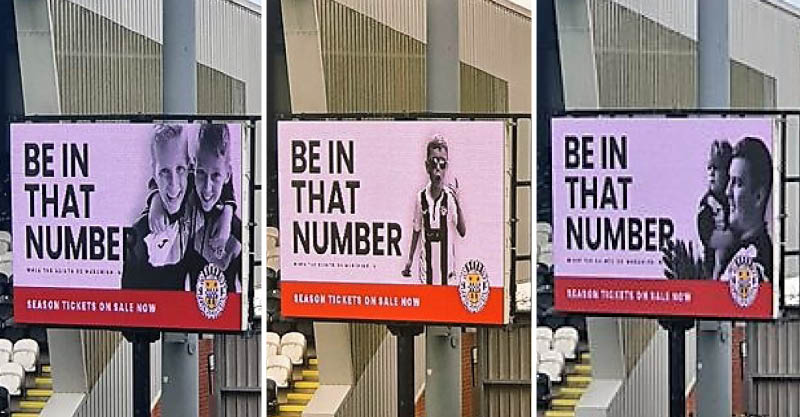 Fans fill the stadium through our digital screens, letting the players know they have a full support system behind them.

Until then, we promise to bring you exclusive insights and show you #BehindTheSaints through St Mirren TV. Our TV platform will feature live matches, behind the scenes footage and interviews. You can catch every moment of the action live on St Mirren TV.

Our Be In That Number messaging will be forever remembered, signage around the stadium has been hung for everyone to see on their return. When the sound of you, the fans, cheering and chanting these words from the stadium, will echo for miles, our mantra will be once again brought to life with more significance than ever before… When the Saints go marching in!