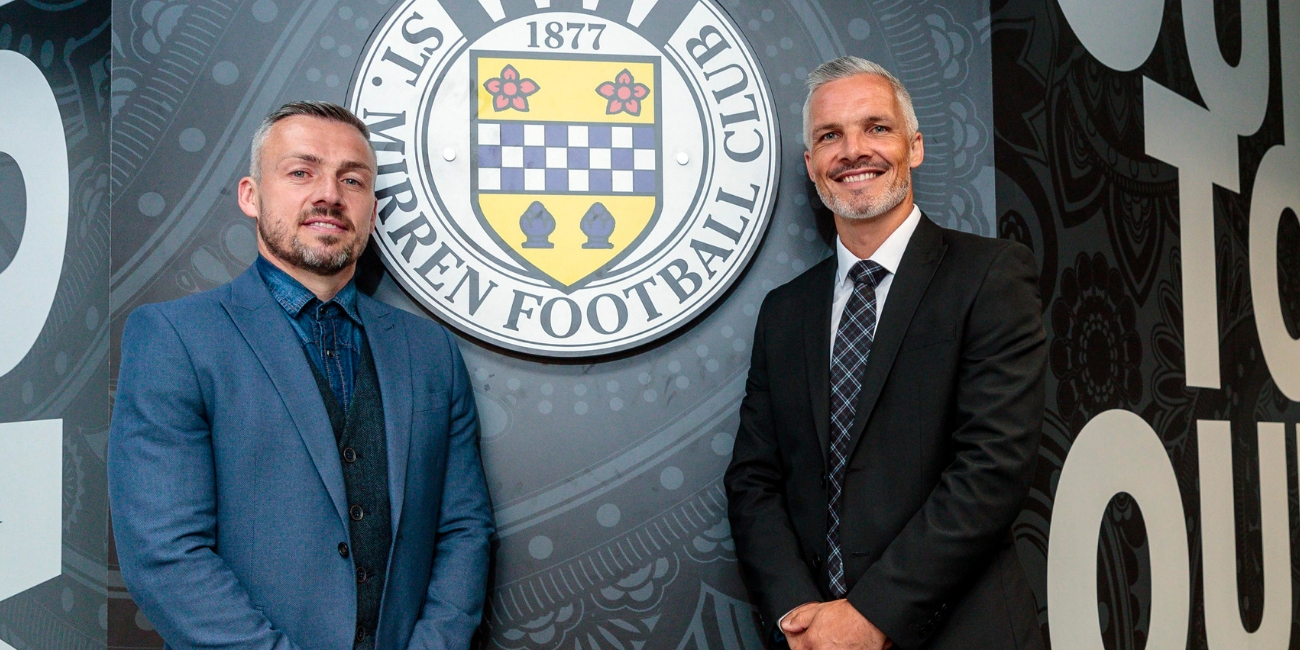 New St Mirren management duo Jim Goodwin and Lee Sharp will discuss their plans with supporters at a special SMISA-run Meet the Manager night next week.

The Q&A event will take place on Thursday 15 August in the hospitality suite at the Simple Digital Arena and will also see Jim and Lee welcomed into the Trust as honorary members as we continue on the road towards majority fan ownership.

Jim is looking forward to what he hopes will be a regular meeting with the supporters and thanked SMISA for inducting him and his assistant and for their ongoing work.

He said: "It’s a fantastic honour for both Lee and me to be inducted as honorary members. What SMISA have done for the club is quite incredible and it’s a great organisation. They’re a group of people who are extremely passionate about the club and desperate for success. And hopefully Lee and I can deliver that for all them and all our supporters.

"I’m looking forward to speaking with the fans on the night. I’ve done similar things before as club captain and I’d love to have regular meetings with the supporters as I think it’s really important.

"That level of interaction always has to be there at any club. There can’t be any division between the club, from board level, through the manager, the staff, the players, the youth academy and the fans as well. We’re all in it together. So I look forward to meeting the supporters and answering their questions on the night.”

The event is free and open to all St Mirren fans but due to the capacity of the venue, places must be booked in advance via Eventbrite link here and will be first-come, first-served.

Please note that due to the terms of the club's licence, the event is for over-18s only. Doors will open on the night from 6.30pm, and the event will start at 7pm.