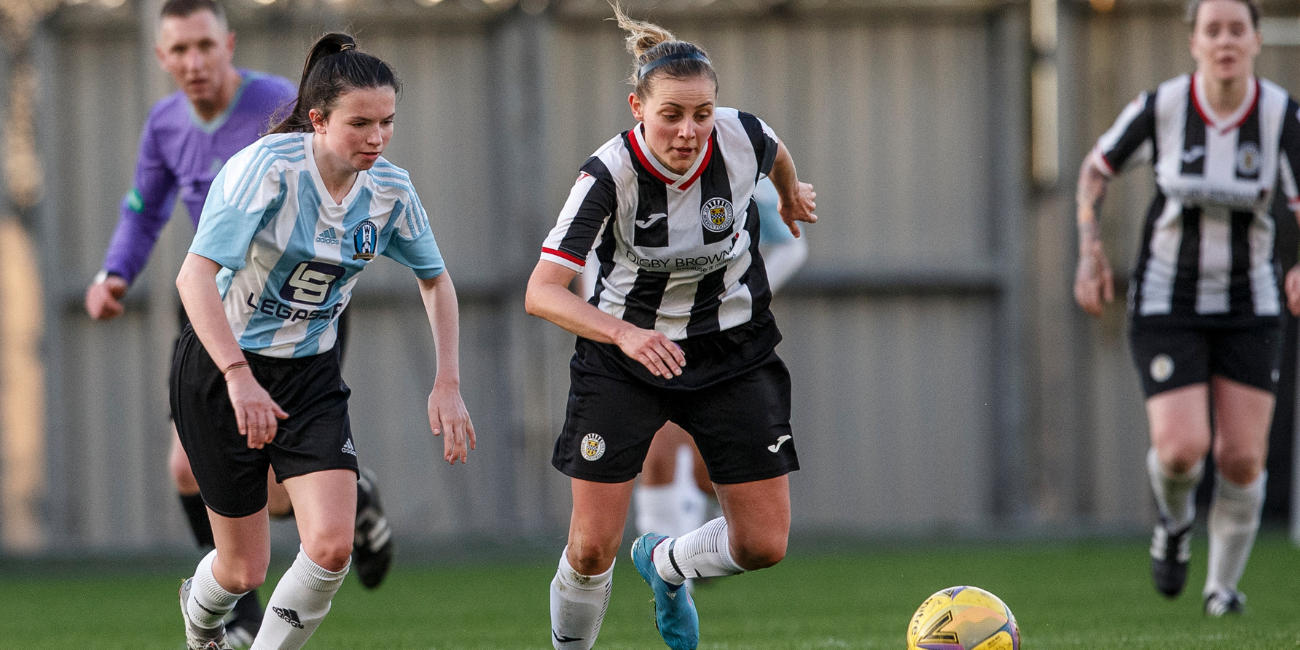 Fighting Saints unlucky in the capital

It was a difficult outing for St Mirren Women away to FC Edinburgh Women, as the home side won 2-0 at Meadowbank as the first half of the season came to a close.

The scoreline could be seen as harsh as St Mirren pushed the Scottish Women League One league leaders till the final whistle. Although ultimately, missed opportunities and small mistakes cost Saints the match.

The game was always going to be a tough test against a well-organised FC Edinburgh team that sit atop League One. Despite a strong start from Saints, a deflected ball left the team exposed, allowing Edinburgh's Debs McLeod to lob the ball over Jo Casey into the back of the St Mirren net.

Saints refused to sit back and pushed hard for an equaliser and with two excellent chances just missing the FC Edinburgh goal, the Buddies were unfortunate not to come into the break level.

The second-half would prove to be similar with both teams very evenly matched. Regardless of St Mirren's best efforts, their hopes were dashed as the home team were awarded a penalty in the early stages of the second 45. FC Edinburgh midfielder Emma Mitchell scored from the spot to secure the three points for the hosts.

Despite the result St Mirren Women's Head Coach Kate Cooper was pleased with the performance of the team on the day.

The game against FC Edinburgh was always going to be difficult," Kate told stmirren.com.

"They’re a very good side and have proven that this season with their unbeaten run.

"We pressed effectively and worked hard throughout the game. I believe we competed well against them and the final score wasn’t a true reflection of the match. We deserved a draw or at least a goal.

"Everyone stood up to the game plan and we done our best at keeping the game tight.

"I’m pleased with the amount of opportunities we created," Kate continued.

"We were unfortunate with converting chances into goals, but it’s a learning curve for the team and the players are upbeat and understand it's part of the process of developing and improving performances week-in week-out."

The final result means that St Mirren stay in sixth with 21 points from the opening 13 matches. The winter break gives Kate and the team a chance to reflect on the first half of the season and prepare for their upcoming Scottish Cup match against Rossvale.