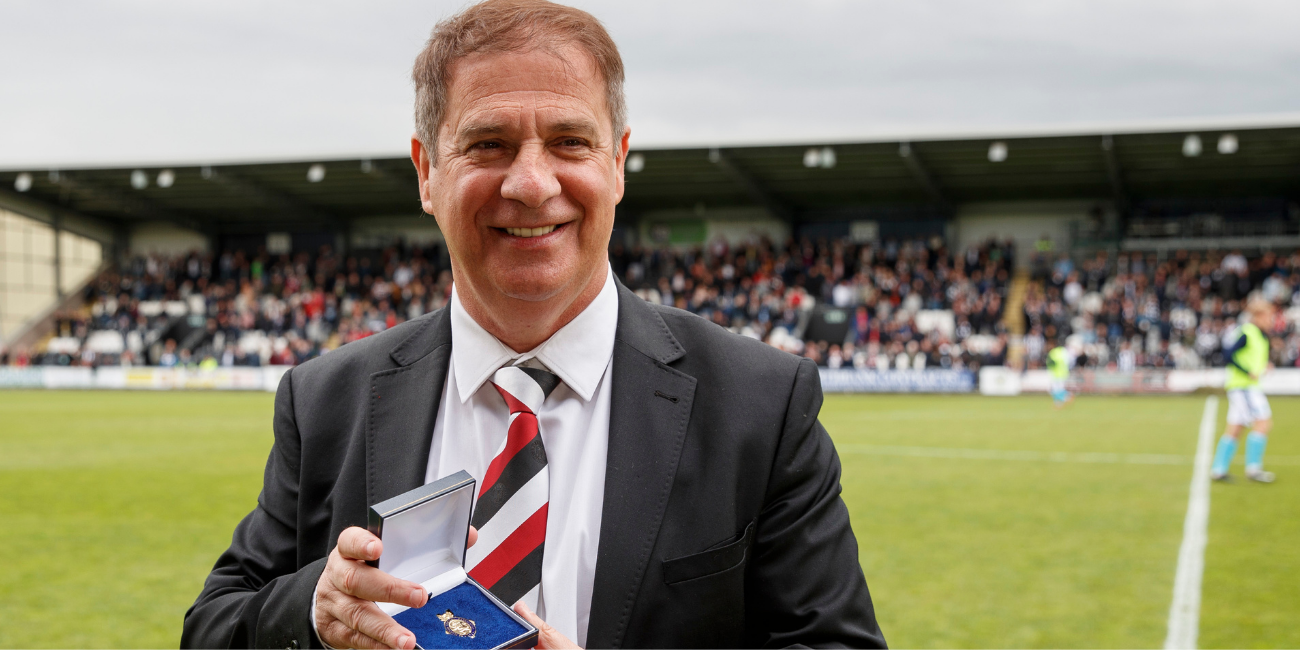 Special presentation made to Tony Fitzpatrick

A special presentation was made to Tony Fitzpatrick at half-time in Saturday's match against Dundee to thank him for his service to St Mirren Football Club.

Tony served St Mirren with distinction during a wonderful career as a player, manager and Chief Executive.

Beginning his Saints journey almost 50 years ago, Tony Fitzpatrick’s name has been synonymous with St Mirren since making his debut way back in 1973.

As a player, Tony made over 450 appearances for the Buddies and remains the second highest appearance maker in club history behind Hugh 'Shuggie' Murray. These two spells as a player saw him captain the club, play in Europe and in our Scottish Cup win in 1987.

Unfortunately, Tony had lost his 1987 Scottish Cup winner's medal. However, the St Mirren board of directors commissioned a replacement medal for Tony which was presented to him by Alan Wardrop.