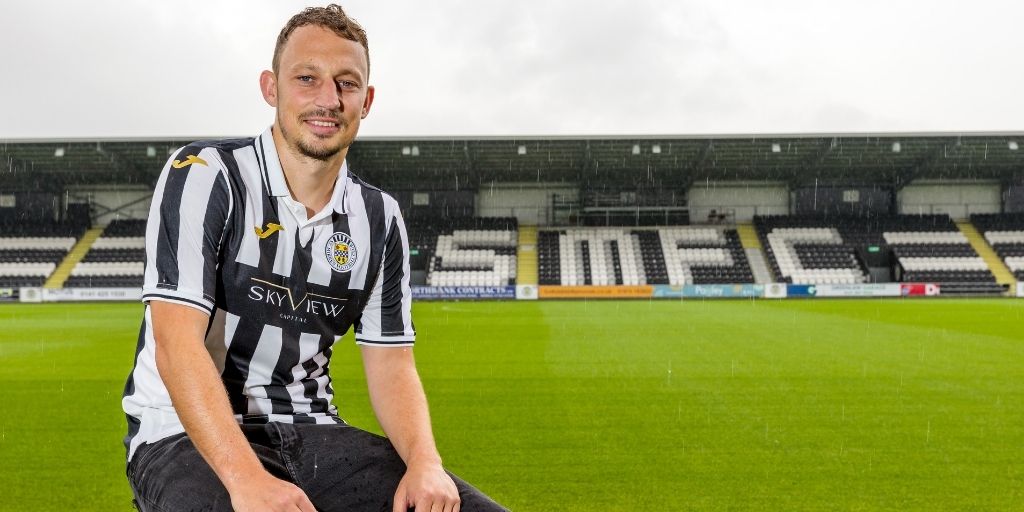 Kristian Dennis on the road to recovery

Kristian Dennis hopes to be back in contention for St Mirren’ Scottish Cup clash against Hamilton Academical a week on Saturday.

It would be a welcome bonus for manager Jim Goodwin who has seen his side also miss forwards Eamonn Brophy and Collin Quaner through injury over the past several weeks. And while that game against Accies could come too soon for the striker, he feels he's not far away from being able to play for the Buddies.

The Saints forward hasn’t featured since sustaining an achilles injury in our Scottish Premiership match against Hibernian at the start of February.

The 31-year-old has been working hard with physio Kevin Bain and recently began running as he looks to make his return to the fold.

"My recovery is going really well at the minute," he told stmirren.com.

It's been six weeks since I had surgery and the surgeon did say it would be six to 12 weeks that I would be back playing so I'm well within that timescale.

The Englishman has endured a stop-start first season at Saints, but did impress in his short spell in the team - bagging goals in wins over Ross County, Dundee United and Celtic.

After the disappointment of having a spell on the sidelines, Kristian hopes to be back in the team in the coming weeks to help the side end the season strongly.

I thought I was doing well," he continued.

"I got the goal at Ross County and then I had to bide my time a few more weeks. At Dundee United I came on and did well. I scored and set one up and got the chance at Parkhead and did well there and we got the win.

"I was devastated [to get injured]. It was in the Hibs game and I think I did it about 20 minutes into the game. I felt a crunch in my achilles and I should have come off really. I thought I'd try to manage it but when Jak [Alnwick] got sent off I was quite happy my number got put up.

"The aim for me is just to try and get fit and hopefully that will happen over the next 10 days. The next game is Hamilton in the cup and I think we need to aim for another good cup run like we did in the League Cup. I think we can get a good cup run and try to finish seventh and hopefully we can do that."