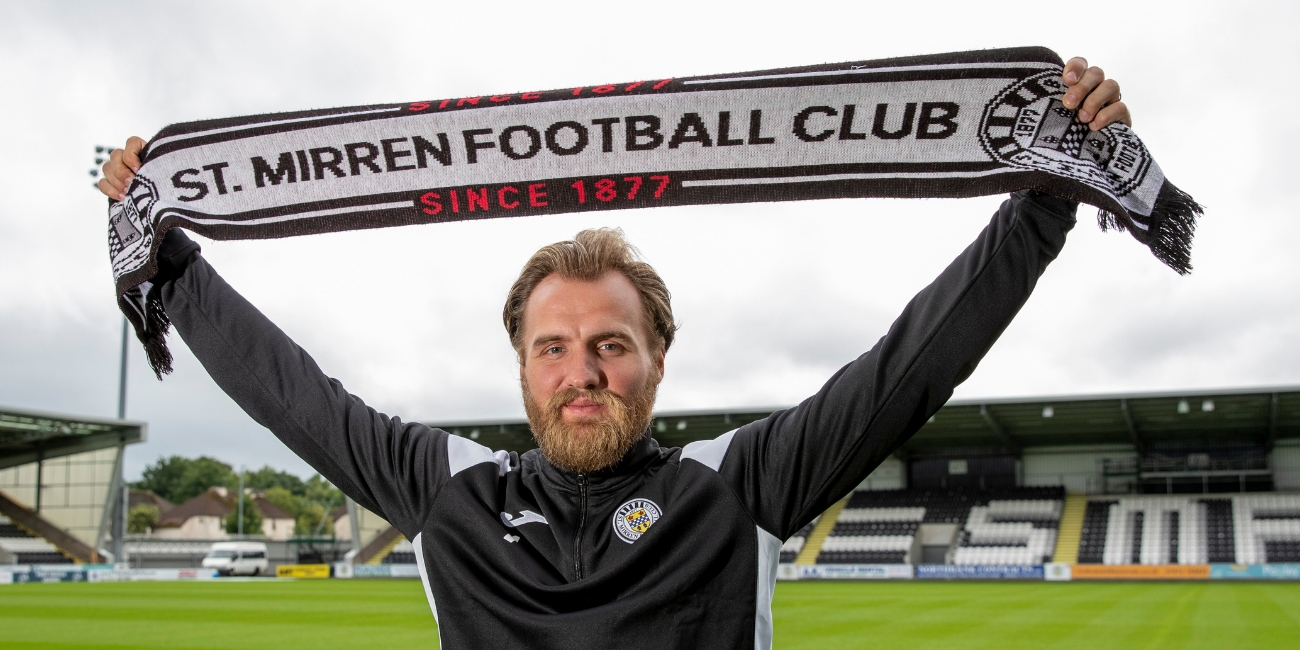 Jak Alnwick is in that number

St Mirren Football Club is delighted to announce that Jak Alnwick has agreed a two-year deal with the Buddies subject to clearance.

The 27-year-old goalkeeper will #BeInThatNumber as he becomes our second signing of the summer following the expiry of his contract at Rangers.

Jak turned professional at English Premier League side Newcastle United and made his debut for the Magpies in a 2-1 win over Chelsea in 2013.

After loan spells at Gateshead and Bradford City, Jak joined Port Vale in 2015. His form at Port Vale earned him a move to Rangers in January 2017 where he signed a three-and-a-half-year deal for an undisclosed fee.

Game time at Ibrox was limited for Jak which lead to loan spells at English sides Scunthorpe United and Blackpool, before an eventual departure from the Glasgow side earlier this month.

Alnwick becomes our second signing of the summer following the signing of Richard Tait last week.

Speaking on the move, Jak told stmirren.com: "I’m delighted it could get done so quickly.

I knew straight away after speaking to the gaffer and hearing the plans he has in place and what he wants to achieve that it was going to be the right move.

"He told me about the ambitions of the football club, the direction its going in and to be honest he didn’t need to sell it too much.

"Lee Hodson is my best friend and I spoke to him straight away. He said it was a brilliant family club and spoke really highly of the club.

"I feel I have some unfinished business here. I looked at my time at Rangers and I didn’t really play many games up here but it’s a league I felt I could do well in and it’s time for me to show what I can do up here.

Saints manager Jim Goodwin said: "It was a well-documented position that we need to fill and Jak was one of our top targets.

We’re absolutely over the moon to get him in and get working with him.

"Vaclav Hladky left here with everybody’s best wishes but I think we have brought in a very able replacement in Jak. He’s got great experience for someone relatively young and, for me, is going into the best years of his career."

Jak Alnwick is in that number, are you? St Mirren 2020/21 Season Tickets are on-sale now. Get yours today!