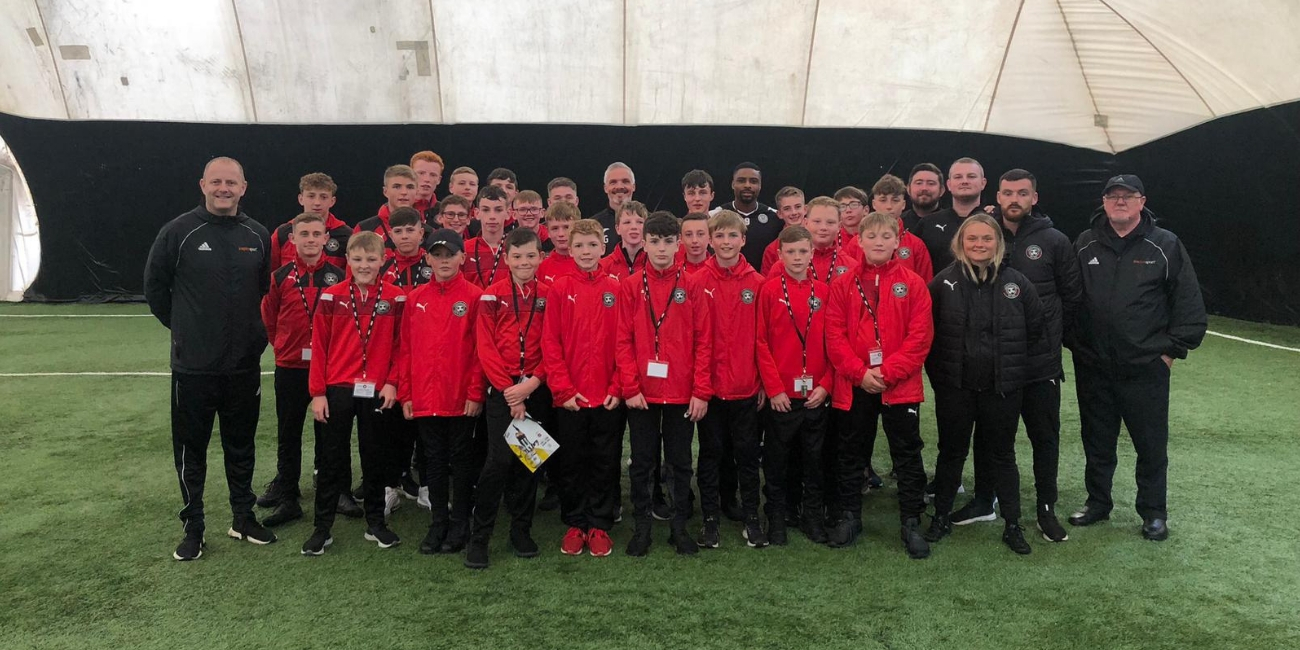 St Mirren’s first team visit to Northern Ireland earlier in the summer has made such an impact that C4C Youth Academy visited the club last month.

C4C brought 28 players and four coaches on their trip to Paisley where they enjoyed two masterclass training sessions delivered by St Mirren Academy coaches Sam Mawuena and John Divers, whilst also participating in matches against Thorn Athletic and Crosshouse Boys.

As well as coaching and matches, C4C got a behind the scenes tour of the Simple Digital Arena where they met Chairman Gordon Scott, Chief Executive Tony Fitzpatrick, Manager Jim Goodwin and first team striker Jon Obika, before attending our 1-0 win over Aberdeen in the Ladbrokes Premiership.

"From meeting Jim Goodwin and Jonathan Obika, to training at their Academy and even taking in a SPFL match, it was amazing from start to finish.

"This year we wanted something different for our tour and visiting St Mirren was certainly that. We were welcomed into the club family and were shown hospitality like never before.

"The boys also met the current CEO and Club Legend Tony Fitzpatrick who shared with them stories of playing under Sir Alex Ferguson and what it takes to make it in the football world.

"We also had the opportunity to train under Academy coaches Sam Mawuena and John Divers who gave the boys a unique insight into the standard required to be an SMFC Academy player.

"The coaches were brilliant with kids and really took the time to help them develop. In particular emphasising that talent is not enough, that our character off the pitch is what sets you apart.

"A massive thank you to inspiresport, Jed McCabe and Ian Crosbie for their excellent service as always. As a club we couldn't recommend them highly enough."

Jed McCabe inspiresport said: "It was yet another very successful tour from our relationships in Northern Ireland to St Mirren.

"We set the bar very high and this tour for C4C Youth Academy has just pushed the bar higher by all expectations being met and a bit more."

Tony Fitzpatrick said: "It was an absolute pleasure to welcome C4C Youth Academy from Northern Ireland to our club.

"The great name of St Mirren is definitely taking hold in Northern Ireland having now welcomed over 800 people to experience our hospitality."