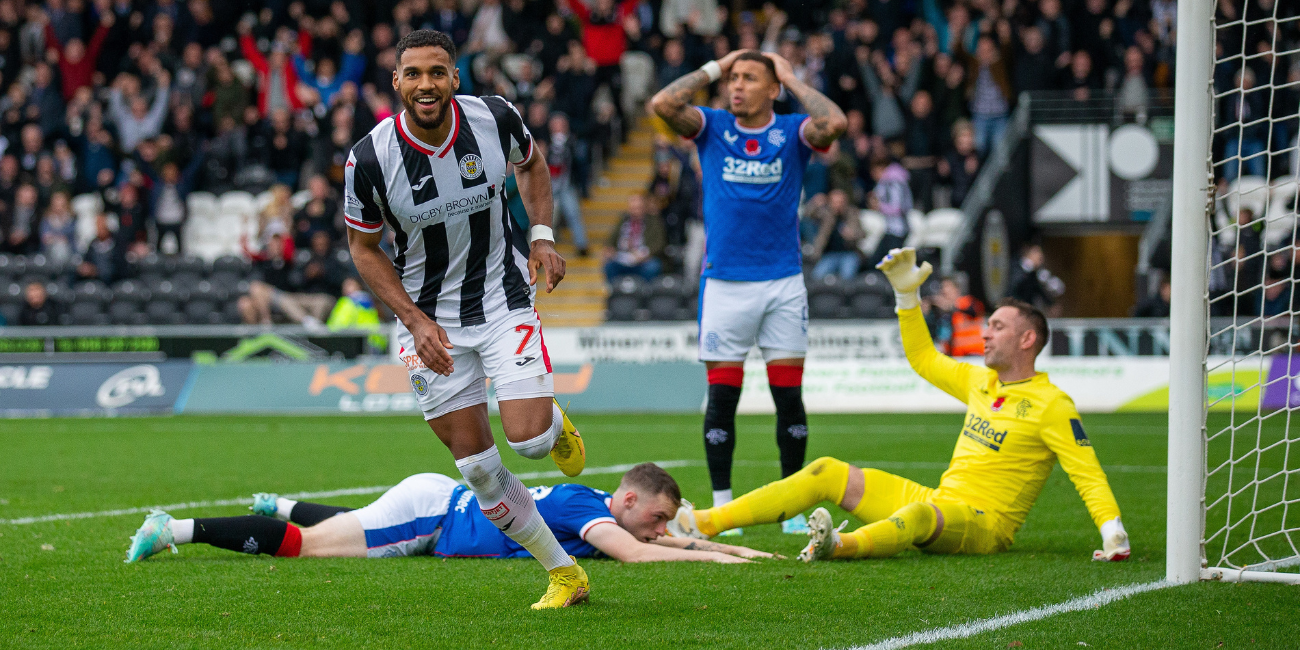 Ayunga scores as Saints pick up point against Rangers

St Mirren head into the World Cup break after picking up a point against Rangers in the cinch Premiership.

The Buddies were good value for their one goal lead after Jonah Ayunga had put us in front early in the second-half. But a VAR awarded penalty in the final 10 minutes saw James Tavernier rescue a point for the Ibrox side.

There was one change from the team that drew with St Johnstone on Wednesday night with Jonah Ayunga returning to the starting eleven in place of Alex Greive. Keanu Baccus came on to the bench after missing Wednesday's match with a dead leg.

It was end-to-end stuff in the opening 10 minutes with Rangers coming closest on seven minutes. Malik Tillman moved away from the challenge of two Saints players but fired his effort wide of the left-hand post.

Rangers started to take a grip on possession but their best opportunity was saved brilliantly by Trevor Carson as he denied Scott Wright's header at the far post with his feet. Wright had another big chance after he drove through the Saints midfield but he dragged his shot wide from 20 yards.

The Buddies grew more in confidence with Greg Kiltie getting to the byline and putting a brilliant low ball across the face of the Rangers goal. It was begging to be touched home but there were no takers for Saints. 10 minutes later it was Strain's turn to put a great cross into the box which Tavernier had to turn behind for Rangers. From the resulting corner Declan Gallagher headed just wide.

Saints ended up the first-half strongly with a succession of corners as well as a wicked Strain delivery almost turned into his own net by Leon King.

That strong end to the first 45 was carried on into the start of the second-half with Ayunga putting us in front less than two minutes after the restart. Gallagher's long throw was headed on by Curtis Main with Ayunga first on to the knock down. His initial effort was brilliantly saved by Allan McGregor, but the striker was able to nip in front of Leon King to knock home. 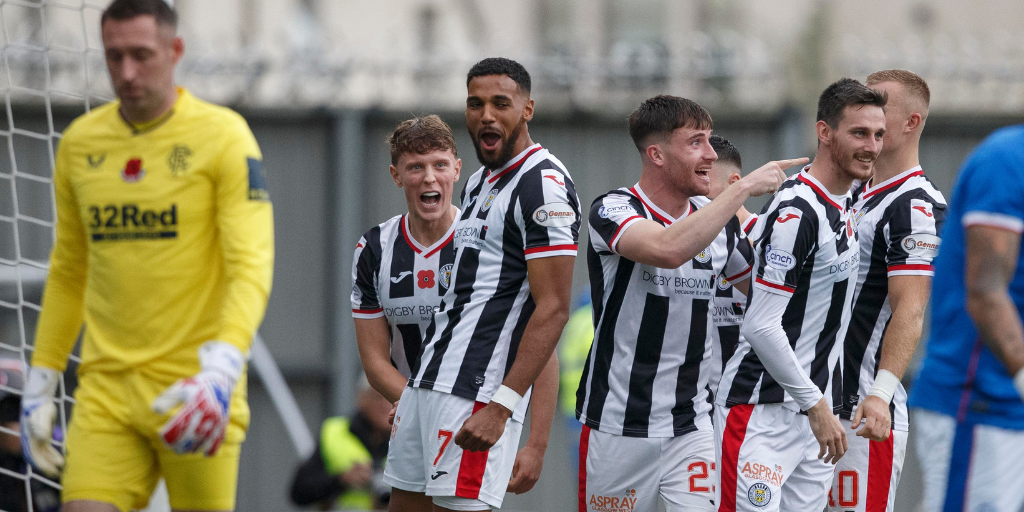 Saints were well-organised and the visitors didn't look like breaking the Buddies defence down. Indeed, it was Saints who went close to doubling their advantage with less than 15 minutes remaining with Ayunga inches away from grabbing his and St Mirren's second.

As always seems to be the case with St Mirren at the moment VAR wouldn't be far from the action and it played its part in the final 10 minutes as Rangers were awarded a penalty. Kent had initially been booked for simulation after going down under the challenge from Marcus Fraser. But the referee was asked to check the pitchside monitor and gave the spot kick. Tavernier's powerful effort from 12 yards flew into the net despite Carson going the right way.

Rangers could have won it at the death with Ryan Jack missing a gilt-edged chance when, unmarked, he headed straight at Carson. It would have been cruel on St Mirren who thoroughly deserved at least a point from the match.