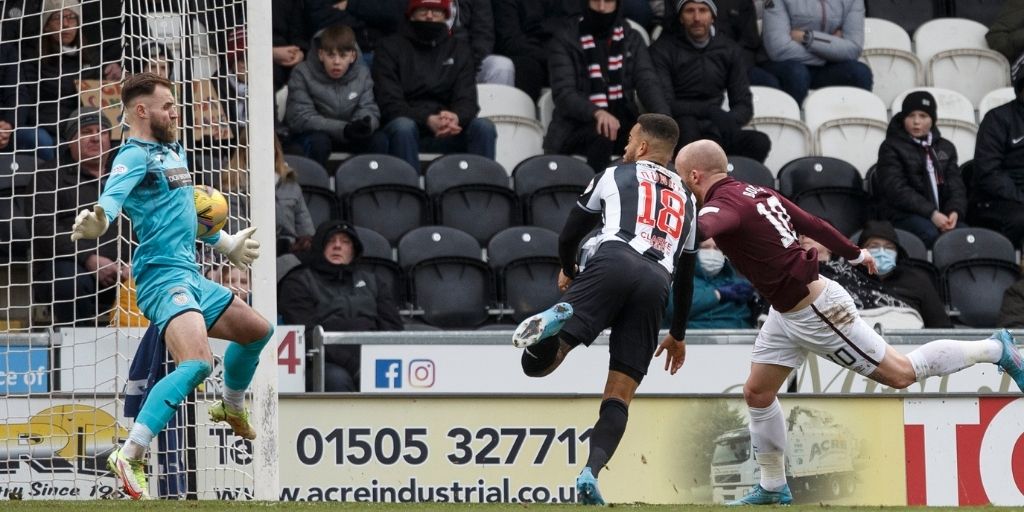 St Mirren were beaten in the first match of the Stephen Robinson era as two goals in three second-half minutes gave Hearts victory in Paisley.

Liam Boyce spurned a number of early chances for the visitors before Saints were dealt a blow when Conor Ronan was shown a straight red for a late challenge on Beni Baningime midway through the first half.

It took until after the hour mark for Hearts to make their advantage count as Ellis Simms scored at the second attempt, but the wasted little time in doubling their advantage as Cammy Devlin's goal was allowed to stand despite home keeper Jak Alnwick appearing to have been fouled in the build-up.

New Saints boss Robinson didn't make any changes for his first game, sticking with the side that had drawn with Livingston a week earlier. There were plenty of changes for Hearts with Craig Gordon back in goals, Craig Halkett returning to the defence and Baningime, Ben Woodburn, Liam Boyce and Gary Mackay-Steven also coming into the team.

Boyce had an early sight of goal after good work from Barrie McKay but his effort from the edge of the box was well off target. The striker had a far better chance when Stephen Kingsley picked him out with a great cross to the back post but Boyce could only head tamely into the arms of the grateful Jak Alnwick. The Saints defence didn't heed the warning and a few minutes later another cross, this time from McKay, found Boyce lurking – Alnwick parrying his header before the ball bounced back off the Northern Irishman and behind.

Hearts were getting plenty of joy down the left, Woodburn firing well over from a Mackay-Steven cross. It hadn't been the best of starts for Saints but midway through the half things got much worse when Connor Ronan made a high challenge on Baningime and ref Greg Aitken – following consultation with his assistants – showed him a straight red card. The Jambos looked to make their numerical advantage count straight away, Woodburn sending a shot over from range before Kingsley sliced one wide. 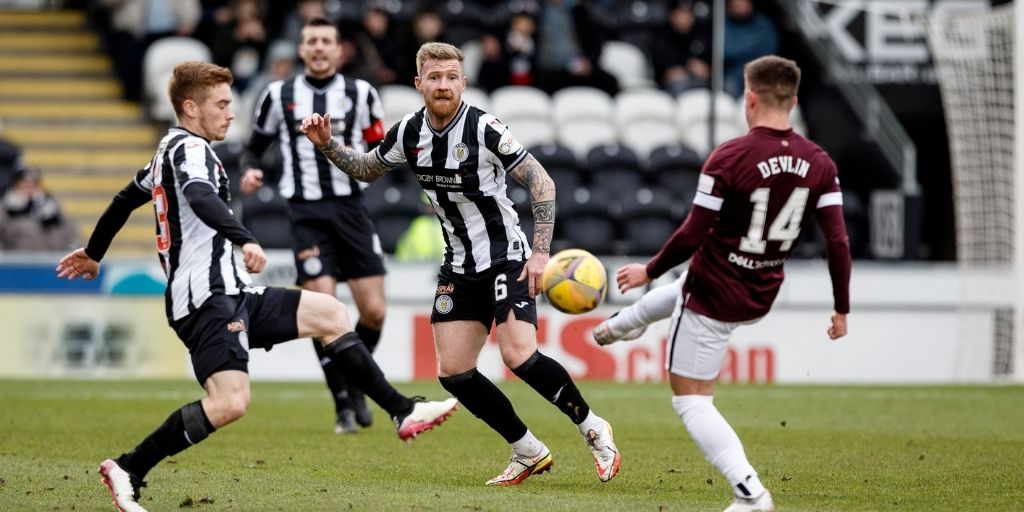 The red card seemed to have fired Saints up and they forced a couple of corners, an Alex Gogic header being deflected behind from the first before Alex Greive went down under Woodburn's challenge at the second, a challenge which had the home support screaming in vain for a penalty. Set-pieces were looking like Saints' best hope, Joe Shaughnessy heading over from Jordan Jones' next corner.

The Buddies made a bright start to the second half but had Alnwick to thank for keeping the scores level, the goalie keeping out Boyce's effort then putting his body on the line to block repeated attempts by the men in maroon to force the loose ball into the net before it eventually went out for a goal kick. The away fans then screamed for a penalty when Cammy Devlin thumped the ball at Alan Power from close range but it would have been a harsh award. However, Power seemed to take exception to his opponent's appeal and the pair were booked after exchanging handbags.

It proved irrelevant as a few minutes later Hearts took the lead. The Saints defence failed to stop McKay's cross from the left getting to Ellis Simms and although Alnwick blocked the first shot, he could do nothing to stop the sub stabbing home the rebound. It should have been game over a few minutes later as a cross from Josh Ginnelly evaded the Saints defence but Boyce couldn't bundle it home.

Any hopes the Buddies had of salvaging something from the match were quickly extinguished in controversial style. Baningime played a great through ball to Simms, with Alnwick rushing out to block the shot. The Hearts man clattered the Saints goalkeeper, who went down injured, but play was allowed to continue and Devlin gleefully thumped the ball into the net. The home supporters and players were furious that a free-kick hadn't been given for Simms' challenge, Richard Tait earning a booking for protesting while Alnwick received treatment.

Simms went close to getting the third, getting the better of Shaughnessy before seeing his shot tipped over by Alnwick. A few minutes from time Ginnelly played in Boyce but the striker summed up his day by shooting wide. However, the damage had already been done with Saints' unbeaten start to 2022 finally coming to an end.