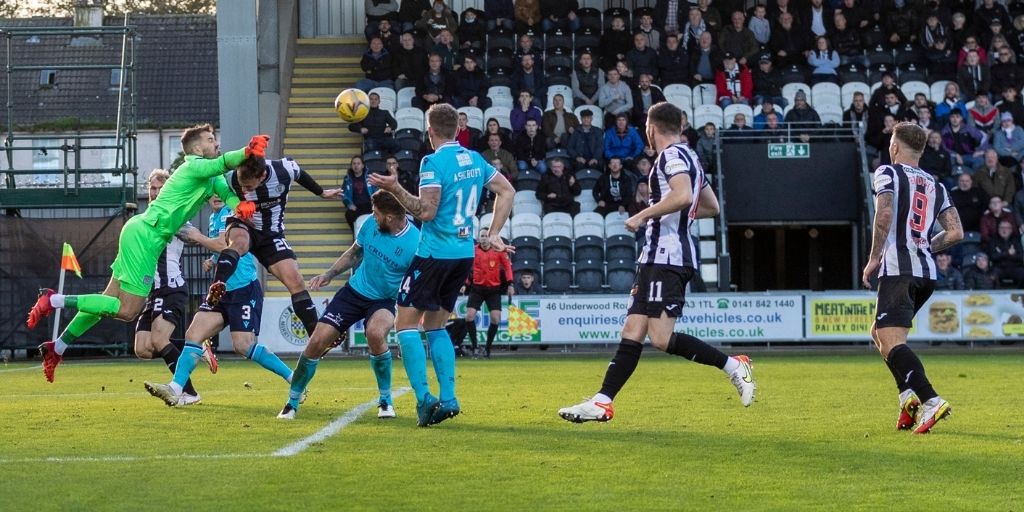 Saints suffered a second successive home defeat as they came away empty handed from their encounter with Dundee.

Max Anderson may have given the visitors an early lead but by that stage Marcus Fraser had already gone close for the Buddies, Eamonn Brophy and Conor McCarthy then among those who almost found an equaliser before the break.

There were chances in the second half too, Kyle McAllister and Kristian Dennis having the best of them, but there was to be no repeat of the midweek fightback against Motherwell.

Saints boss Jim Goodwin stuck with the side that had started at Fir Park on Wednesday night, the in-form Eamonn Brophy once again partnering Curtis Main up front. Former Buddie Charlie Adam was captain for the visitors, with fellow ex Saints Paul McGowan and Paul McMullan also starting.

Only a great save from Adam Legzdins stopped Saints taking an early lead, the goalie turning away Marcus Fraser's header from Scott Tanser's free-kick. It was to prove a significant stop as, from the resultant corner, Dundee broke quickly and opened the scoring, McMullan laying the ball back at the edge of the box for Max Anderson to drill beyond the grasp of Jak Alnwick.

With the home side rocking, the visitors should have doubled their lead within minutes. McGowan was able to get around Alnwick and pull the ball back, but the Saints defence managed to scramble it off the line as McMullan tried to force it home. At the other end, Legzdins got down low to turn behind Brophy's effort, Conor McCarthy heading wide from the corner that followed. Tanser went even closer from the next set-piece, almost scoring directly from a corner as the ball bounced off the top of the bar on its way behind.

Luke McCowan and McGowan combined to create an opening for McCulloch as Dundee looked to extend their advantage, Fraser throwing himself in the way of the diminutive winger's shot. McCowan went himself next time, begin given plenty of space to run into before shooting straight at Alnwick as the half came to a close.

Saints looked to level things up early in the second half, Main volleying wide from Tanser's cross. The Buddies then had a penalty shout turned down when Brophy hit the deck as he tried to get by Ryan Sweeney, but ref John Beaton was unmoved and as play continued Kyle McAllister's shot rippled the side netting. Dundee were then dealt a blow when Cillian Sheridan, trying to turn quickly to take advantage of Alnwick being out of position, twisted his knee and had to be stretchered off, paving the way for ex Saint Danny Mullen to be introduced. At the same time, the Buddies replaced Ryan Flynn with Greg Kiltie. 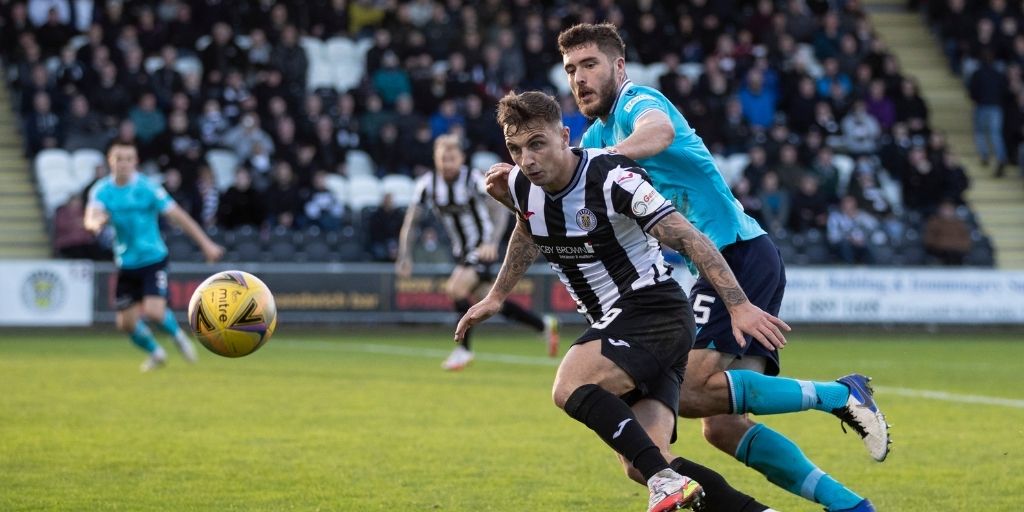 Saints had a penalty shout turned down after Eamonn Brophy went down in the box (Image: Allan Picken)

Saints fans know all about Adam's set-piece wizardry and he almost produced another piece of sorcery when his free-kick from deep was caught by the wind and threatened to loop over Alnwick before he tipped it over the bar. On-loan Buddie Connor Ronan then had a go from a similar sort of range but his shot was easy for Legzdins. Kristian Dennis replaced Main and could have equalised almost immediately when he raced onto Tanser's pass but he could only find the side netting.

The striker was looking lively following his introduction, his dipping volley from the edge of the box forcing Legzdins to rush across goal to turn it behind for a corner. An injury to McAllister saw Richard Tait introduced and he had half a chance to equalise, however his header never looked likely to cause Legzdins any problems. At the other end Dundee won a free-kick in a dangerous position but this time Adam's attempt was easy for Alnwick.

There was hope among the home fans when seven minutes were added due to various injuries and their team tried to take advantage of them, Legzdins needing two goes to gather Tanser's volley. There was also another penalty appeal when Joe Shaughnessy went down as he tried to get onto the end of a cross, however again Mr Beaton was unmoved. Dundee then nearly sealed things as Christie Elliott shot wide with the help of a deflection, the visitors seeing out the remaining few minutes with relative ease to take all three points back to Dens Park.