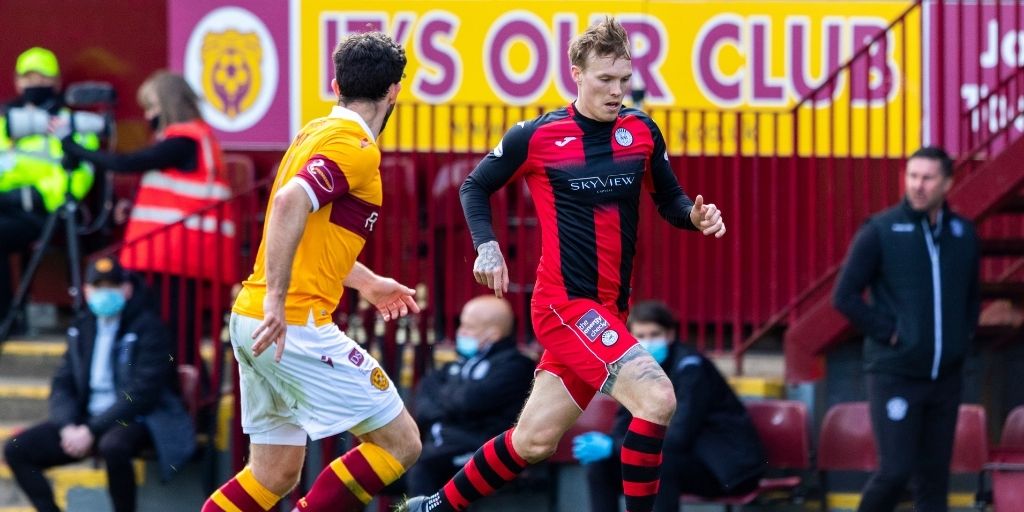 St Mirren were edged out by Motherwell despite a good performance at Fir Park.

The Buddies had the bulk of possession throughout the 90 minutes and missed a first-half penalty before Devante Cole scored the game's only goal to give the Steelmen all three points.

Jim Goodwin made one change from the side that defeated Hamilton Academical in the Scottish Cup last week as Ryan Flynn came in for Jon Obika who failed a late fitness test after a groin injury in training.

The closest clear-cut chance for either side in the opening stages came on six minutes when Jamie McGrath raced onto a Lee Erwin flick-on. The Irish midfielder was closely marshalled by the Motherwell defence but managed to force a save from goalkeeper Liam Kelly who turned his shot away.

Four minutes later Ilkay Durmus went close to netting the opener with a free-kick from 25 yards. The Turkish winger curled over the wall and had Kelly scrambling as it drifted just wide of target.

Jak Alnwick was called into action on 25 minutes with the Englishman making a good block to deny Chris Long.

Saints were denied a stonewall penalty on the half-hour mark after a handball from Robbie Crawford. There was no doubt the ball clattered off the midfielder's outstretched arm but referee Kevin Clancy was unmoved much to the bemusement of the St Mirren players and staff.

The Buddies were, however, awarded a penalty just four minutes later when Dylan Connolly was fouled as he broke in from the left. McGrath has been the go to man for Saints from the spot this season but for the first time he was denied from 12 yards as his attempt was saved by Kelly.

Lee Erwin forced Kelly into another save before the break. The striker brought the ball down brilliantly on his chest and lashed goalward only for Kelly to hold.

Saints were dealt a blow as half-time approached when Flynn pulled up with what appeared to be a hamstring injury and had to be replaced. The. midfielder will go for a scan on Monday to find out the extent of the injury.

St Mirren didn't create as many chances in the second-half as they did in the first 45 but went closest before the hour mark when Stephen O'Donnell dallied on the ball inside the penalty area allowing Jake Doyle-Hayes to steal in. The midfielder was quickly closed down by Declan Gallagher who clattered the ball off the Irishman and over the bar.

And five minutes later Motherwell were ahead. Devante Cole managed to turn in Chris Long's strike from close range. The Saints defence appealed for offside but the goal stood.

Alnwick did well to deny Motherwell a second 10 minutes later with a good save from Allan Campbell's strike.

With 15 minutes remaining substitute Cammy MacPherson went close to an equaliser when he met Kristian Dennis' cross but nodded wide. Despite Saints pushing to find a leveller it wasn't to be as we left Lanarkshire empty handed.