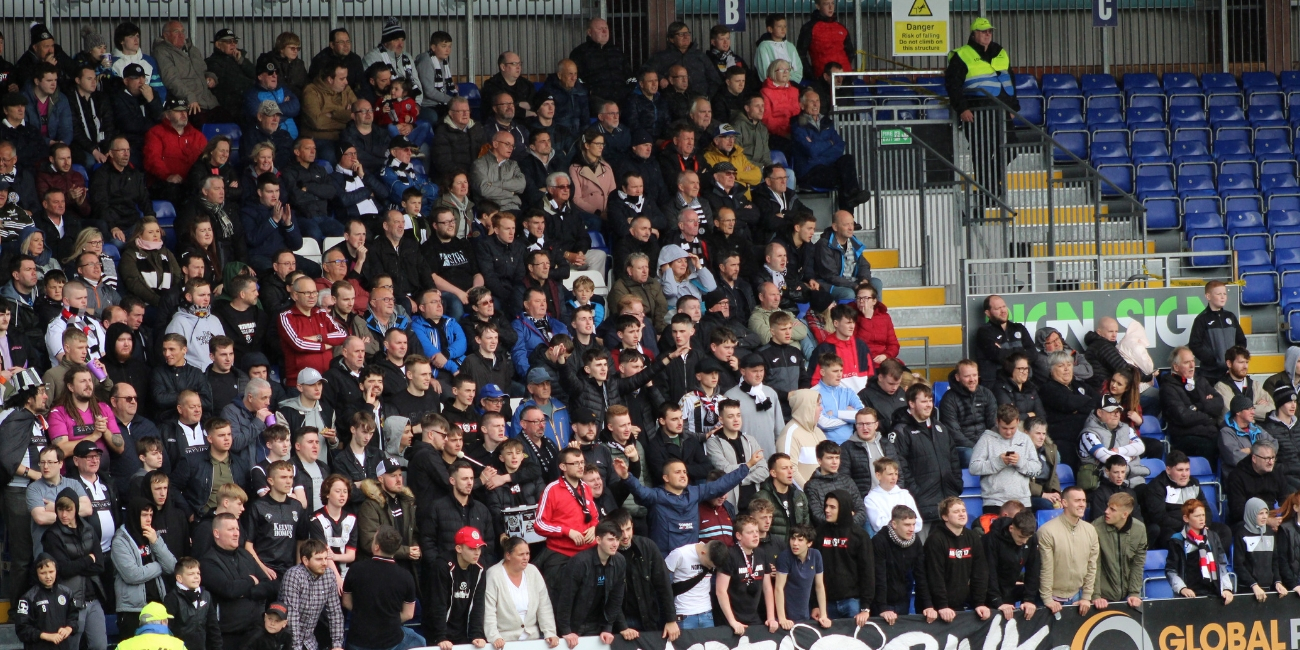 Jim Goodwin had made one change to the side that lost 2-1 away to Livingston before the international break with Junior Morias coming in for his first start in place of Tony Andreu.

The game didn't really get going in the first half until the latter stages with only a long range effort from Ewan Henderson which dragged wide and a Kyle Magennis free-kick that was easily held by Ross County goalkeeper Ross Laidlaw all either side had to show in the opening 30 minutes.

It was, however, Magennis who almost opened the scoring on 37 minutes as Saints looked to turn the screw heading towards half-time. The stand-in skipper cracked the bar from 20 yards after a terrific driving run into the County half.

The first-half came to a close in controversial fashion as referee Colin Steven disallowed a Saints goal two minutes before the break. Laidlaw punched a free-kick away, but it fell to Sean McLoughlin whose low shot towards goal was touched home by Jon Obika inside the six-yard box. There was no flag forthcoming and after a bit of deliberating, Steven decided to disallow the goal feeling that Obika had been in an offside position when McLoughlin got his shot away. Subsequent TV footage appears to show that Obika was onside, but the half would finish goalless.

If the first half started slowly, the beginning of the second 45 was anything but. Less than two minutes after the restart Vaclav Hladky made a great save to turn a Harry Paton effort by the post. The Canadian midfielder played a neat one-two with Michael Gardyne before curling a low effort towards the far post.

Paton quickly turned from attacker to defender when Saints' Sam Foley looked to race one-on-one with Laidlaw. The Buddies midfielder ran on to a flick from Junior Morais after a quick counter but Paton made a terrific recovery to block as Foley looked to pull the trigger from the edge of the box.

It was the home side made the breakthrough just after the hour mark when Ross Stewart slammed home from close range. Richard Foster's cross evaded everyone in the box and found its way to the former Saints striker who, unmarked, took the ball down on his chest and blasted into the back of the net to put the home side ahead.

Saints looked for a quick response and almost got it within two minutes after County's opener with Magennis smashing off the post from the edge of the box.

The response would come less than 10 minutes later when substitute Tony Andreu scored his first goal for the club. It's one Laidlaw will want to forget after allowing the Frenchman's low free-kick to squirm underneath him and over the line.

It looked like Saints were going to take a point back to Paisley, but were hit by a stoppage time sickener as Fraser met a cross to win the game for County at the death.