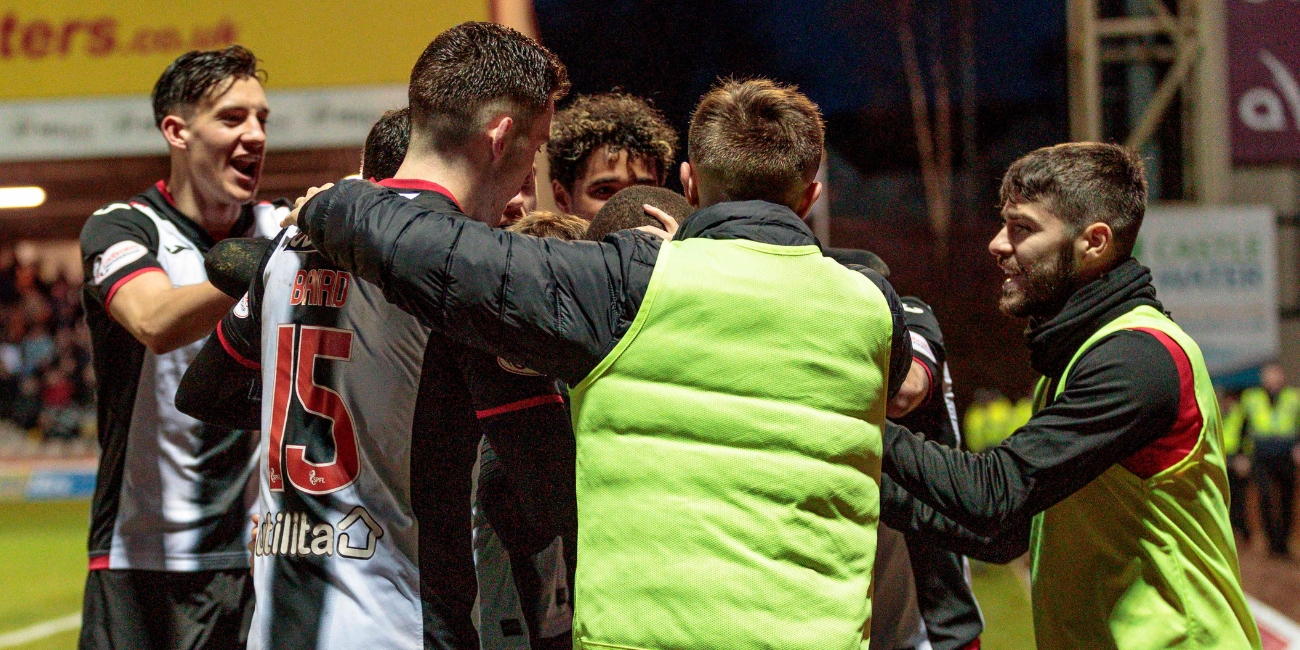 St Mirren picked up their first away win since April as Simeon Jackson's second half goal gave the Buddies an important 1-0 victory at Fir Park.

Oran Kearney made two changes to the side that lost 2-1 to Aberdeen last weekend.

Paul McGinn returned from injury in place of Cameron MacPherson, while Cody Cooke made his first league start for Saints with Adam Hammill dropping to the bench.

There wasn't much to write home about in an even first half where neither side created much.

A neat bit of play just after the half hour mark saw Stephen McGinn whip a tremendous ball out to the right to meet his brother Paul. Paul charged forward before sending a low cross into the arms of Mark Gillespie in the Motherwell goal.

The best chance of the first 45 came two minutes later when Richard Tait's ball into the box met Curtis Main. The tall Englishman got on the end of it but sent a tame header into the welcoming arms of Dean Lyness.

Saints started the second half brightly with Lee Hodson sending the ball wide to Ethan Erhahon who ploughed into acres of space on the left. The Motherwell defence failed to deal with his low ball into the box allowing it to fall to Simeon Jackson. But the striker failed to connect properly allowing it to trickle into the arms of Gillespie.

Just 60 seconds later the home side had a good opportunity when Richard Tait picked out Danny Johnson inside the area. The striker took it first time but slammed over.

Oran Kearney made a couple of changes for the Buddies, with Cammy Smith and Adam Hammill entering the fray just before the hour mark.

Those changes coincided with Saints having their best spell of the game without really creating anything.

But they would soon be rewarded for their play on 68 minutes when Simeon Jackson opened the scoring.

Cammy Smith raced clear after a long ball forward and found himself one-on-one with Gillespie. The keeper saved Smith's effort but it fell kindly for Jackson who rolled into the empty net from just a few yards out.

Motherwell came at Saints as they looked for an equaliser - Lyness making good saves to deny Main and Turnbull either side of a Paul McGinn chance for St Mirren.

There was time for late drama for both sides with Hammill almost grabbing Saints a second with just minutes to go. Then, with the game in the dying embers, Lyness made a top save to block a Motherwell header at the near post to help the Buddies on to all three points.