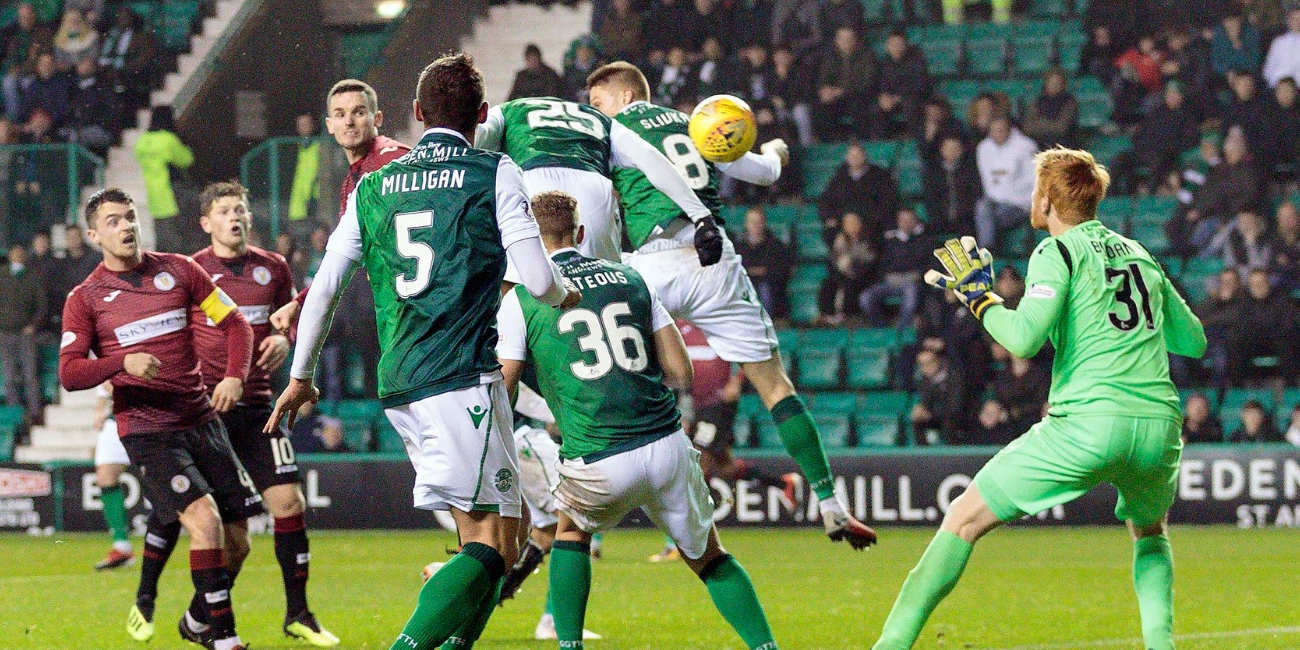 St Mirren picked up a valuable point at Easter Road as the Buddies battled out a 2-2 draw with Hibernian.

Saints led twice thanks to goals from Adam Hammill and Paul McGinn, but had to settle for a point as Hibs hit back twice with goals from Oli Shaw and Ryan Porteous.

The Buddies started brightly with a nice bit of skill from Hammill on the left playing in Ethan Erhahon on the overlap. The 17 year-old's ball across was headed out only as far as Stephen McGinn, but the skipper didn't catch it well enough as it flew out for a throw-in.

A few moments later Danny Mullen showed good desire to out-jump Efe Ambrose to reach a cross into the box but headed wide.

Saints were soon to be rewarded for their positive start with Adam Hammill doing what Adam Hammill seems to do.

Just as he did against Hibs' Edinburgh derby rivals Hearts less than two weeks ago, Hammill picked the ball up in his own half. He looked up to see Adam Bogdan off his line and let fly from 55 yards with the ball sailing over the helpless Hibee to give Saints the lead.

The hosts starting coming into the game more as the half wore on with ex-Saint Stevie Mallan going on a nice solo run before sticking an effort harmlessly wide on 25 minutes.

A couple of minutes later Danny Rogers made an excellent stop to deny a Lewis Stevenson drive from the edge of the box.

Oli Shaw had two good opportunities as time ticked away in the first half. The first saw the striker head wide from

Hibs found themselves level on 56 minutes as Shaw fired home from close range. Saints were left incensed as Kyle Magennis had pulled up with an injury. But with the teenager having rolled off the pitch Hibs took their throw-in to Boyle who charged down the right wing before sending it low to Shaw who knocked beyond Rogers from just a few yards out.

But a little more than 10 minutes later Saints were back in front.

Hammill was felled on the left hand side and won a free kick. The Englishman got up to whip the ball into the box where it met the head of Paul McGinn who nodded home for his first St Mirren goal.

Hibs were level for a second time five minutes later. Mallan sent a corner into a dangerous area where it met defender Ryan Porteous who headed in to make it 2-2.

As time ticked away it was Saints who looked the more likely to grab all three points.

A quick counter in injury time saw Ryan Edwards pick out Hammill on the left but the winger just couldn't find the pace to burst into the clear and the Hibs defence managed to clear.