St Mirren travel to Aberdeen on Saturday for our first away day of the 2022/23 cinch Premiership season.

The Buddies go into Saturday's match against Jim Goodwin's Dons off the back of an impressive performance against Motherwell, but one in which ultimately Saints had nothing to show for their efforts. A first-half Kevin Van Veen penalty and inspired performance from 'Well goalkeeper Liam Kelly meant Saints were left empty-handed on the opening day of the season.

Aberdeen were beaten by champions Celtic on the opening day with the Dons falling to a 2-0 defeat at Celtic Park.

Beyond that loss Jim Goodwin's side have been in good form - winning all four of their Premier Sports Cup group stage matches defeating Peterhead (2-0), Dumbarton (2-0), Stirling Albion (5-0) and Raith Rovers (3-0).

Unfortunately PPV options are no longer available within the UK and Ireland. However, international subscribers to St Mirren TV can still watch league matches live as part of their subscription.

Saints came out on top in two of the four meetings between the sides last season.

The Buddies defeated Aberdeen in both matches at the SMiSA Stadium - winning 3-2 in September and 1-0 in January.

Saints also took a point on their last visit to Pittodrie after a 0-0 draw on the closing day of the 2021/22 season which saw Stephen Robinson's side finish above the Dons in the cinch Premiership.

Aberdeen did win one of the four meetings of the two sides last season - defeating Saints 4-1 at Pittodrie in December. 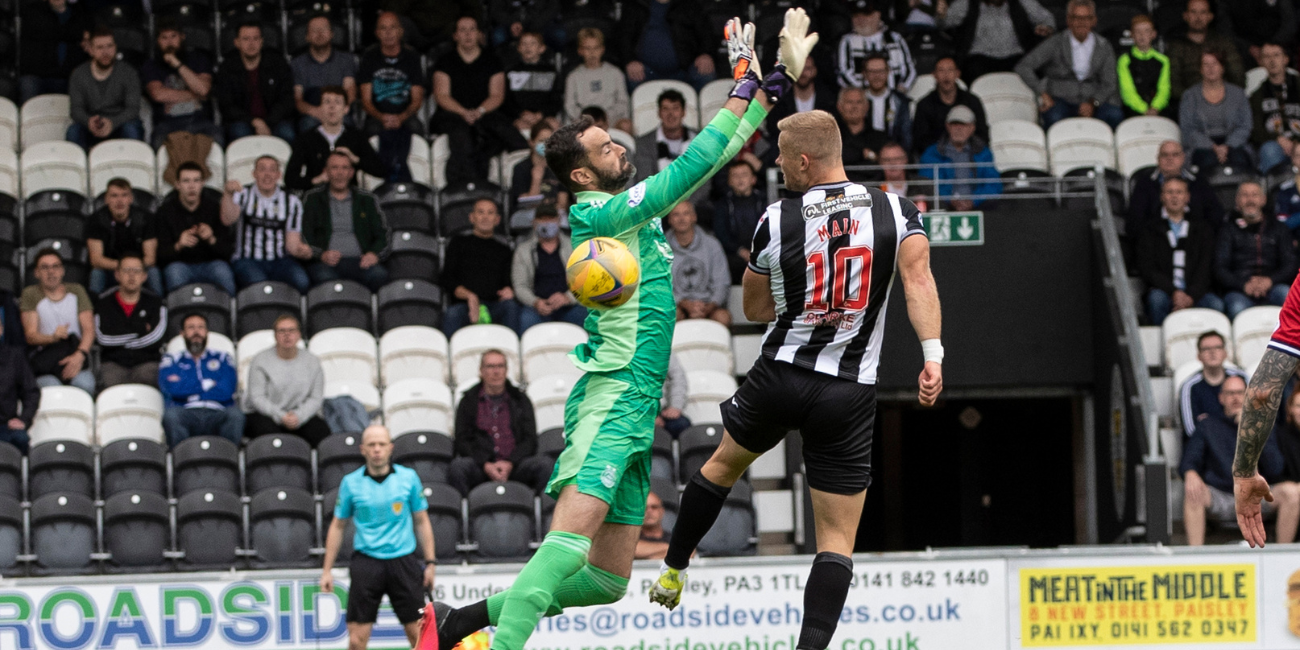 Curtis Main scored the winner in our 3-2 win over Aberdeen in September 2021 (Image: Allan Picken)