Up Next: Aberdeen v St Mirren (15th May)

The curtain comes down on the 2021/22 season on Sunday with Saints travelling to Aberdeen on the final day.

St Mirren sit in eighth place in the cinch Premiership following a 0-0 draw with Livingston at the SMiSA Stadium in the final home league match of the season. That saw the Buddies make it three clean sheets in a row after wins previously over Dundee (2-0) and St Johnstone (1-0).

Victory on Sunday would see Stephen Robinson's side guarantee an eighth place finish ahead of Aberdeen and Hibernian. A win would also see Saints finish the season on 46 points - eclipsing last season's points tally of 45 which was the best in the top flight since 1925/26.

Aberdeen are three points below Saints in 10th place having lost 1-0 to St Johnstone on Wednesday night. The Dons have lost three, drawn one and won one of their last five with their only win coming over Dundee at Pittodrie at the end of April.

Tickets for Sunday's match are available at the St Mirren Ticket Office. Ticket info can be found here. The Ticket Office will be open between 12pm-7pm on Thursday and 10am-2pm on Friday.

PPV will be available on Aberdeen's PPV platform at a cost of £13.99. International subscribers to St Mirren TV can watch live on tv.stmirren.com as part of their subscription, while season ticket holders who can't make the match can also watch on St Mirren TV.

Saints have come out on top in two of the three meetings between the sides this season.

The Buddies won 3-2 when the Dons came to Paisley in September in the first match between the two this season. Connor Ronan scored a double while Curtis Main was credited with the other. It was Ronan again that netted the only goal in a 1-0 Saints win at the SMiSA Stadium in January.

The Dons ran out 4-1 winners when Saints visited Pittodrie in December.

St Mirren's last league win at Pittodrie was in May 2011 when Gareth Wardlaw scored in a 1-0 victory in the Granite City. 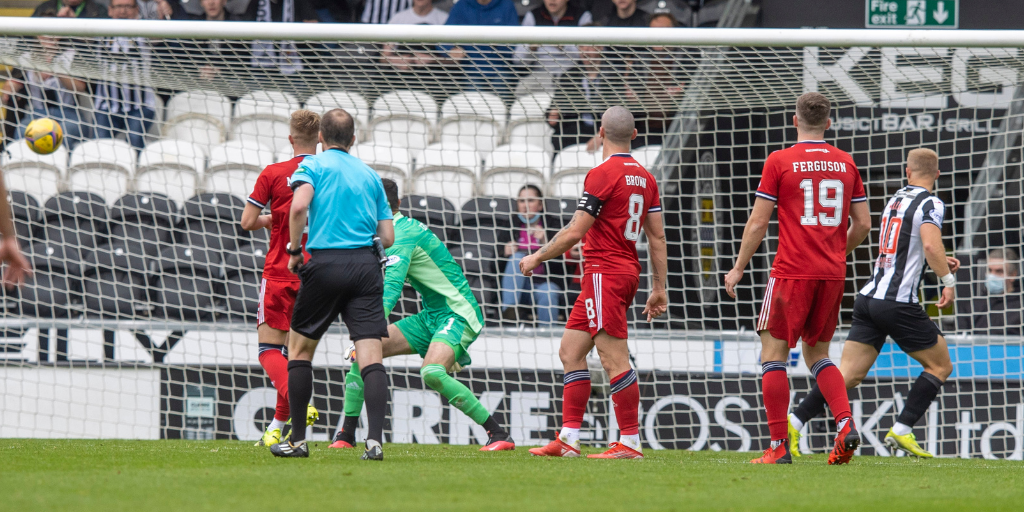 Curtis Main got the slightest of touches to score the winner when we faced Aberdeen earlier in the season (Image: Jeff Holmes)