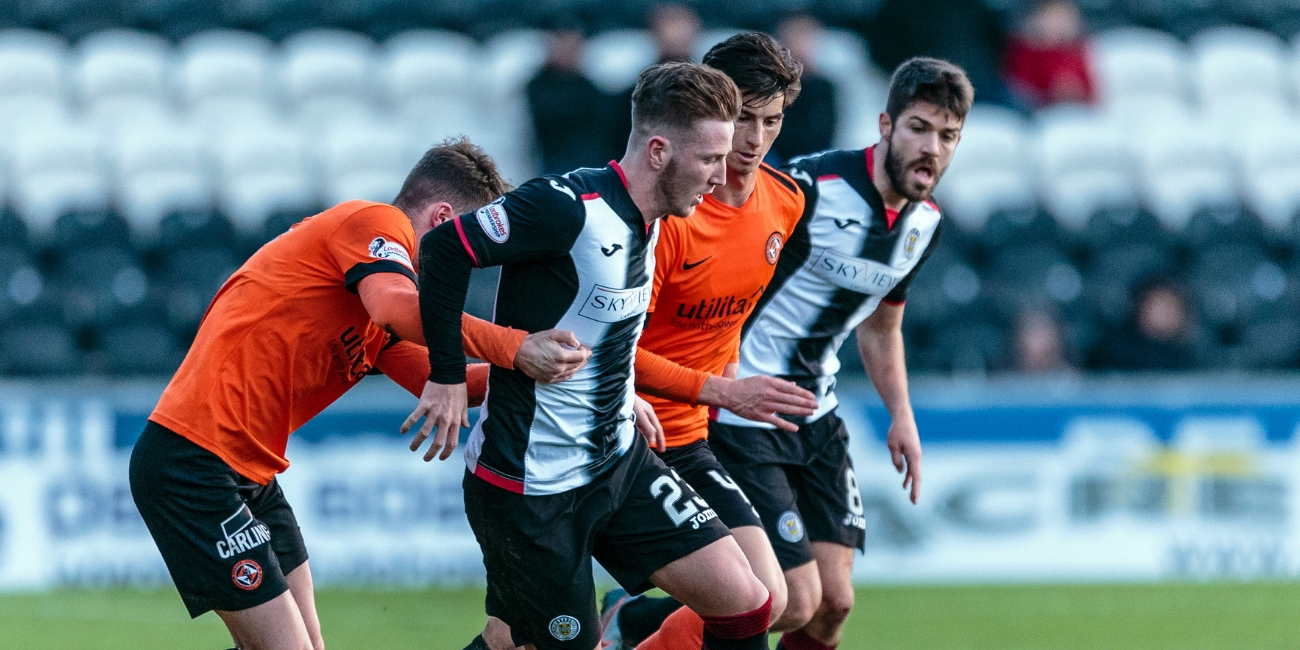 It's the first leg of the Ladbrokes Premiership Play-Off Final tonight as St Mirren take on Dundee United at Tannadice.

St Mirren are unbeaten in our last six matches heading into the play-offs.

Three wins and three draws weren't enough to avoid 11th in the league, but gives us a bit of momentum heading into tonight's match.

The Buddies have won the last two matches - a 2-0 win at home to Hamilton last week was followed up by 3-2 win over Dundee on Saturday at Dens Park.

Dundee United won both their matches against Inverness Caledonian Thistle in the Play-Off Semi-Final to set up tonight's match. Ex-Saint Paul McMullan scored the game's only goal in Inverness last Tuesday. United sealed their place in the final on Friday night when they defeated Inverness 3-0 at Tannadice.

This will be the second meeting between the two sides this season after having come up against each other in the Scottish Cup in February.

United ran out 2-1 winners at the Simple Digital Arena with goals first-half goals from Pavol Safranko and Nicky Clark putting the Tangerines in control. Duckens Nazon pulled a goal back for Saints after Calum Butcher was sent off for a poor challenge on Ryan Flynn but the Buddies couldn't find a leveller and were knocked out.

The Tangerines won the last match between the two at Tannadice last April. Billy King's third minute goal was enough to give United a 1-0 win.

A Lewis Morgan double gave Saints our last win over United. The Buddies defeated the Arabs 2-0 at the Simple Digital Arena in December 2017.

Quite simply, the advantage heading into the second leg on Sunday.

Anders Dreyer and Greg Tansey remain out for Saints, while the manager told the press that Simeon Jackson is still struggling after coming off last week against Hamilton.

Calum Butcher is United's only injury concern ahead of tonight's match.

"United are a good side. They put us out of the Scottish Cup earlier in the season and they have a huge amount to play for.

"We've come an awful long way since that day in the cup. We're a different animal now, that's fair to say.

"The last few months has seen a real upsurge in performances and more importantly the number of points we accumulated. It's easy to say we're in our best form of the season.

"It's been a heck of a season and now we want to top it off by staying in the league."