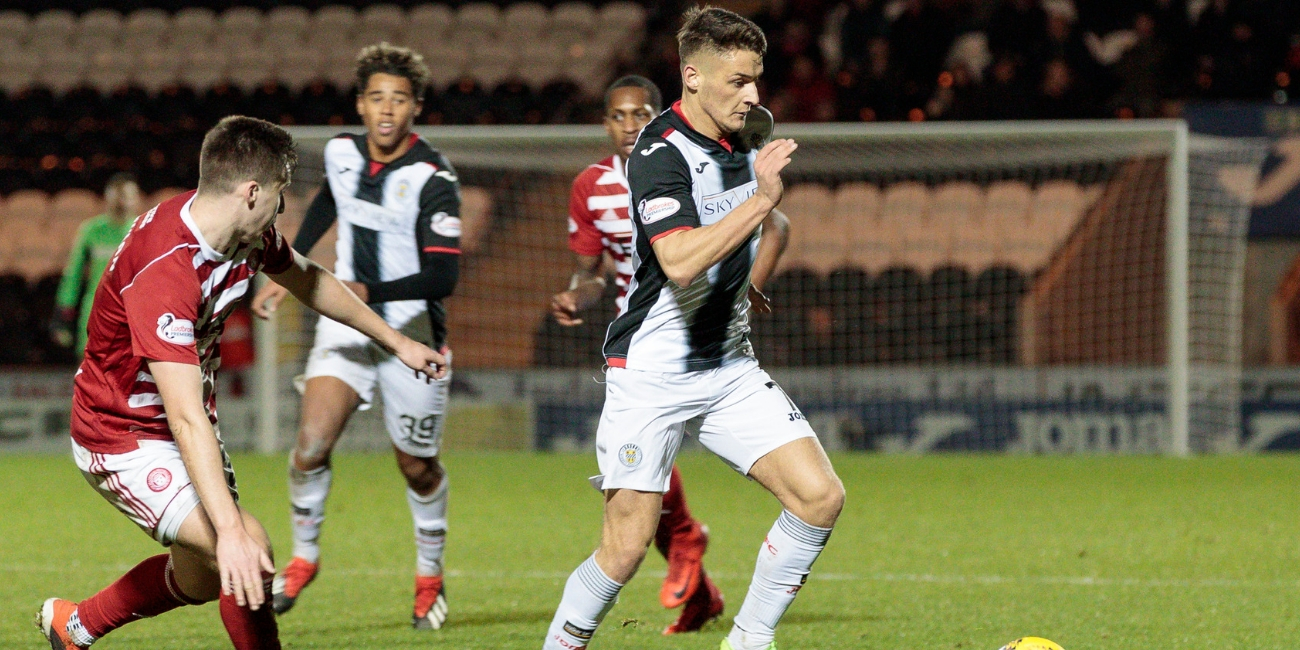 Saints come into tonight's game having lost just one of our last six league matches.

The Buddies, who have to win tonight to have a chance of avoiding the play-offs, have won two of those six matches - a 2-1 win at home to Dundee and a 3-1 win over Livingston at the Tony Macaroni Arena.

We are unbeaten in our last four matches with draws against Motherwell (1-1) and St Johnstone (1-1) coming after our win away to Livingston, while we drew 1-1 with Hamilton just before the league split.

Like Saints, Hamilton are unbeaten in their last four matches having also won one and drawn three.

Accies defeated Dundee 1-0 in their last match to relegate the Dens Park side and move four points ahead of the Buddies. They've also drawn with Livingston (3-3), Motherwell (1-1) and Saints (1-1). Their last defeat came away to Livingston at the start of April when they lost 2-0 at the Tony Macaroni Arena.

Saints have yet to beat Hamilton in three attempts this season.

The Buddies lost 3-0 away to Accies in September, before suffering a 3-1 defeat in Paisley in December.

Oran Kearney's men picked up a point in our last match against the Lanarkshire side. Brian Rice's outfit took the lead at the Hope CBD Stadium through Steve Davies, but the Buddies bounced back to grab a point thanks to Anders Dreyer's penalty a few minutes later.

Our last win against Hamilton came at the Simple Digital Arena in February 2015 when Steven Thompson's second half goal gave us a 1-0 victory.

The Buddies come into tonight's match knowing that only a win will be enough to keep us in the hunt for 10th spot.

Anything but a win will consign Saints to 11th place and the relegation play-off spot.

Hamilton know that a draw or better will see them secure Premiership safety for another season.

Anders Dreyer, Cammy MacPherson and Greg Tansey are all out for Saints.

"The last five or six games have been really encouraging and we've built up a head of momentum at the right time.

"We were written off by many throughout the season and to have secured at least a play-off is a heck of an achievement from where we have been. But mathematically there is still a huge incentive for us to try and stay up outright.

"There is a real feel-good factor about the place and a real air of positivity and that's what we want to tap into.

"It's so important that the crowd gets behind us. I'm not asking for that because I know they will do that anyway - they've been absolutely top-notch."