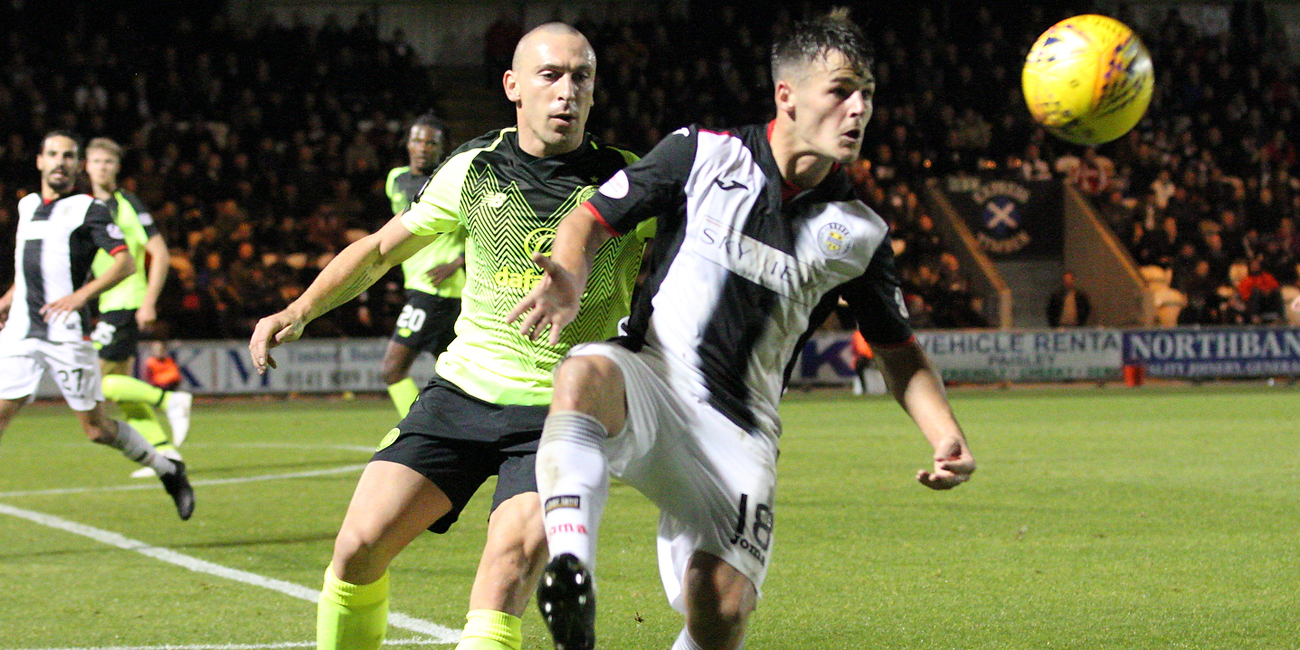 St Mirren make the short trip to Celtic Park for our first Ladbrokes Premiership match of 2019.

Saints got the year started on Saturday with a dramatic 3-2 win over Alloa Athletic to progress to the Fifth Round of the William Hill Scottish Cup.

The Buddies fell 1-0 behind when Alan Trouten struck for the visitors. Saints were then reduced to 10 men when Brad Lyons was giving a second yellow card for perceived simulation. The Wasps doubled their lead a few minutes later courtesy of a cracking strike from Kevin Cawley.

But Oran Kearney's side roared back in the second half with Cody Cooke, Ethan Erhahon and Kyle McAllister scoring in a 19 minute spell to cap a remarkable comeback and send Saints through.

Celtic's 2019 began with a routine 3-0 victory over League One side Airdrieonians at Celtic Park on Saturday. Scott Sinclair scored twice with Timothy Weah grabbing a third to see Celtic add their name to the hat for the next round.

Saints' last match in the Ladbrokes Premiership came at the end of 2018 with a narrow 2-1 loss away to Kilmarnock. Celtic ended 2018 with a defeat also - 1-0 against Rangers at Ibrox.

The Buddies picked up their first away win in the league last month when Simeon Jackson's second half goal gave us a 1-0 win over Motherwell at Fir Park. Celtic, meanwhile, have won nine of nine league games at home this season scoring 26 goals, conceding just four.

St Mirren and Celtic have met once this season, back in September for Oran Kearney's first match as Saints manager.

The Buddies impressed that night at The Simple Digital Arena as we battled to a 0-0 draw with Brendan Rodgers' side.

Tonight's visit to Celtic Park is Saints' first since a Scottish Cup tie in March 2017. The Buddies caused Celtic a scare - going 1-0 up through Harry Davis and coming inches away from doubling the lead in the second half when a Stevie Mallan free kick was deflected off the underside of the bar. But goals from Mikael Lustig, Scott Sinclair, Moussa Dembele and Leigh Griffiths sent Celtic through to the semi-final.

Saints' last league visit to Celtic Park came over four years ago with Gary Teale taking charge of the Buddies for the first time. Sean Kelly scored for St Mirren on 10 minutes to cancel out Scott Brown's early goal, but the Hoops again ran out 4-1 winners.

St Mirren's last win over Celtic was the 3-2 semi-final win at Hampden on our way to League Cup glory back in 2013. Our last league win against the Hoops was the famous 4-0 win at the Simple Digital Arena in 2010 where Andy Dorman and Steven Thomson hit doubles.

St Mirren could move up to 10th place above Hamilton this evening if we defeat Celtic and Hamilton fail to beat Aberdeen.

Celtic, who sit top level on points with Rangers but ahead on goal difference, will be looking for three points to keep them at the top of the pile.

Saints will still be without Danny Mullen, Kyle Magennis, Danny Rogers, Cammy MacPherson and Gary MacKenzie due to injury.

Jim Kellermann could return to the Saints squad after receiving international clearance following his loan spell at Fylde AFC.