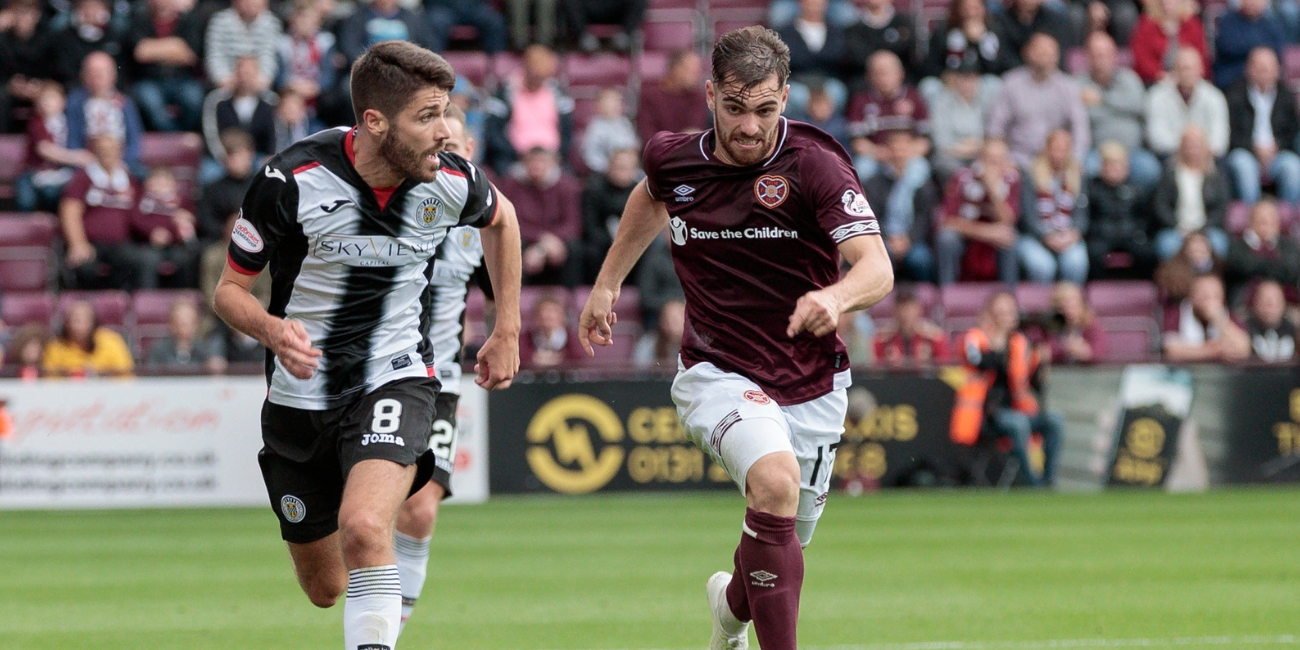 IT'S a trip to the HOPE CBD Stadium for St Mirren this afternoon as we face Hamilton in Oran Kearney’s first away trip as Saints boss.

The Northern Irishman, named as Buddies gaffer two weeks ago, took charge of St Mirren for the first time last week when Premiership champions Celtic came to The Simple Digital Arena. The Buddies impressed as they picked up a point with a 0-0 draw with Cammy Smith, Ryan Flynn and Lee Hodson all going close in a strong first half performance.

That result arrested a slide of four losses in a row for Saints having lost to Rangers, Livingston and Hearts in the Premiership and Aberdeen in the Betfred Cup.

A point against Celtic was enough to see Saints climb above Hamilton in the Premiership table to sit in 10th place with four points. Accies have picked up three points from their opening five matches after one win and four losses. Martin Canning’s side have lost to Hearts, Celtic, St Johnstone and Livingston but defeated Lanarkshire rivals Motherwell at Fir Park in August.

Beyond the Hearts defeat on the opening day, there has only been one goal of a difference in each of Accies’ last four matches. After their 1-0 win over Motherwell, Hamilton were edged out 1-0 by Celtic at Celtic Park and 2-1 at home against St Johnstone before losing 1-0 away to Livingston last weekend.

Today’s match will be the first meeting between the two sides in over two years when they were paired in Group G of the Betfred Cup in the 2016/17 season. Hamilton were emphatic winners that afternoon with Ali Crawford opening the scoring before ex-Saints Dougie Imrie and Massimo Donati completed a comfortable win for Accies.

Crawford was on the scoresheet again when Saints last paid a visit to The Hope CBD Stadium in league action - this time on the final day of the 2014/15 season. His 83rd minute goal consigned The Buddies to a 1-0 loss as we dropped out of the Premiership.

Given both sides' start to the season - and the fact there has only been one goal or less scored in six of the last nine meetings between the two - it's likely to be a tight affair. A first win for Oran Kearney could see Saints climb up to seventh in the table and move four points clear of Hamilton in 11th. A victory for the home side would see The Buddies fall two points behind Accies and drop into the relegation play-off spot.