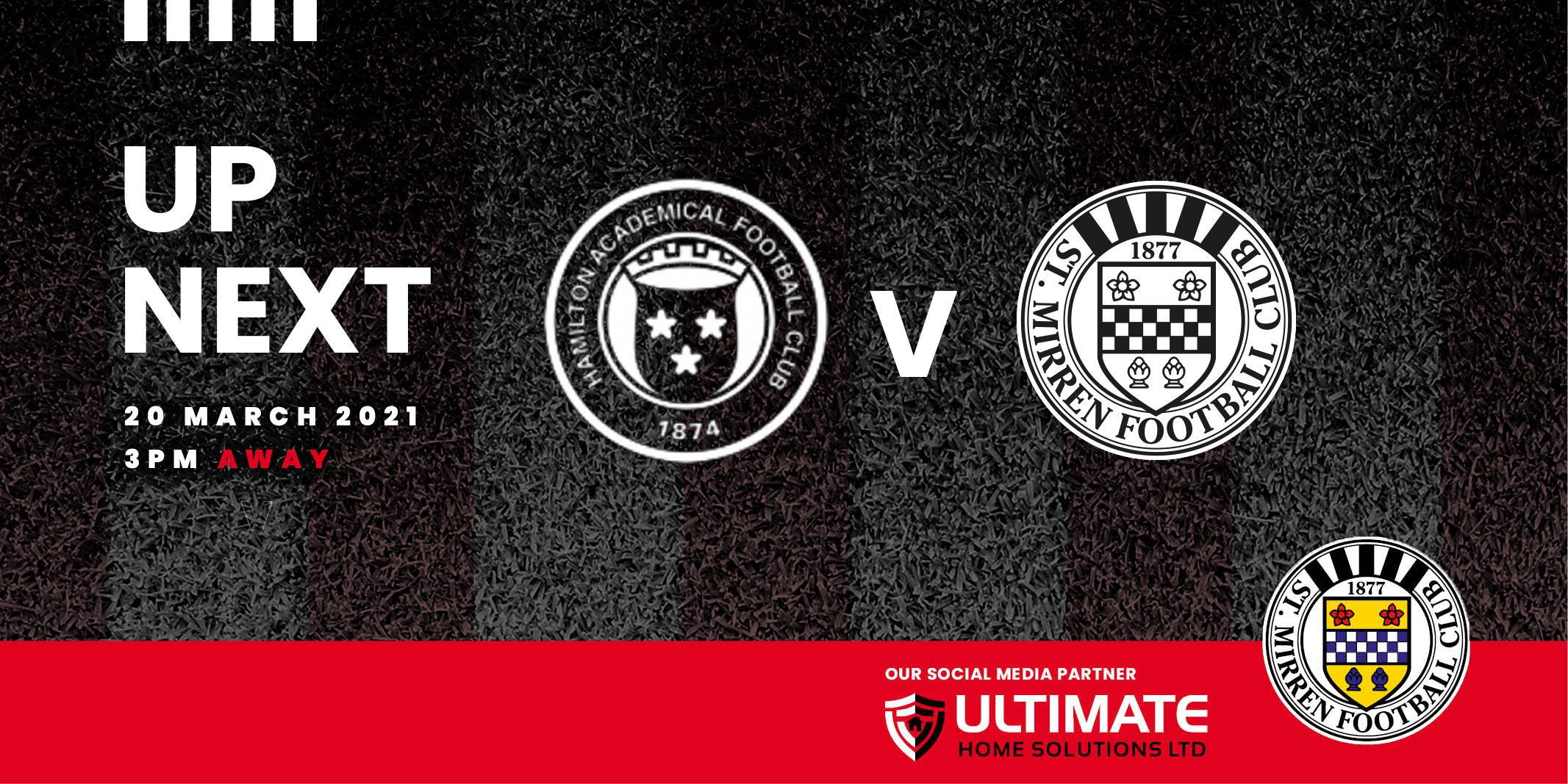 St Mirren head to Hamilton on Saturday looking to secure a top six place for the first time in the current league setup.

A win against Hamilton Academical at the FOYS Stadium would guarantee top six along with Saints' highest top-flight finish since 1985.

A draw could also be enough for Jim Goodwin's side, but for that to happen Saints would need St Johnstone to fail to win at home to Ross County.

Hamilton, meanwhile, sit in 11th place in the Scottish Premiership - a point above bottom side Kilmarnock and three points behind 10th place Ross County.  Brian Rice's men come into the match on the back of a narrow loss at Livingston on Saturday.

Saturday's match will be live on Hamilton's PPV for £15.

St Mirren have faced Hamilton twice this season - winning one and drawing the other.

Jon Obika's first goal of the season was enough to secure a 1-0 win at the FOYS Stadium back in August.

Ilkay Durmus was on the scoresheet when Accies visited Paisley in February to put Saints in front. But a deflected Bruce Anderson strike gave the Lanarkshire side a share of the spoils in a 1-1 draw.

Saints are unbeaten in their last seven against Accies stretching back to December 2018.

Don Robertson is the referee on Saturday. David McGeachie and Michael Banks are the linesmen. Colin Steven is the fourth official.