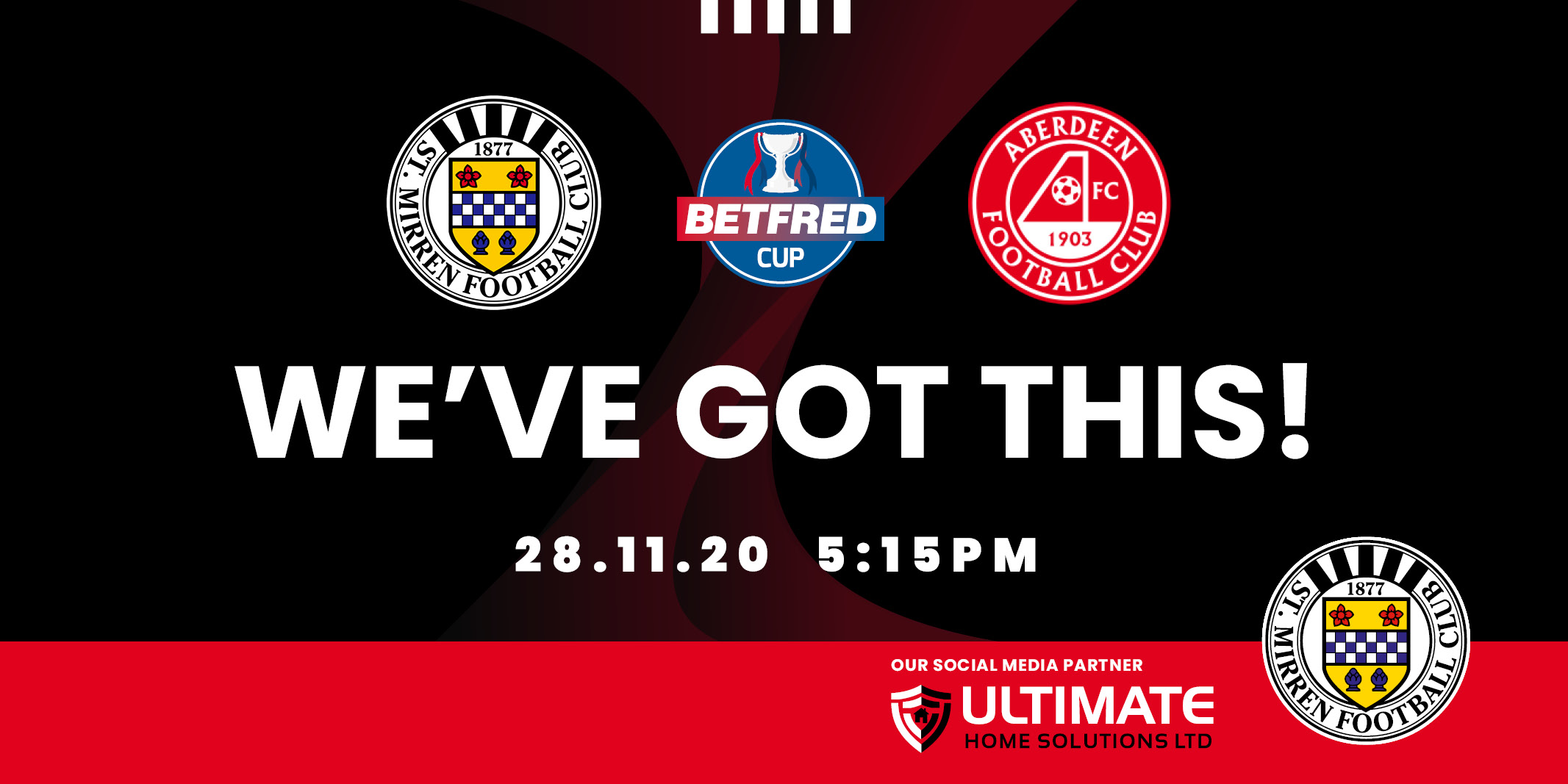 St Mirren host Aberdeen at the SMiSA Stadium on Saturday with a place in the Betfred Cup quarter-finals up for grabs.

The Saints reached the second-round of the Betfred Cup after winning Group G with 10 points following wins over Partick Thistle and Queen's Park, coupled with draws (and subsequent penalty shoot-out wins) against Queen of the South and Morton.

The Buddies go into Saturday's match following a 1-0 win away to Livingston on Saturday. Jake Doyle-Hayes scored his first Saints goal to give St Mirren their first league win since August.

Aberdeen missed the group stage of the Betfred Cup after qualifying for Europe due to their league position last season.

Derek McInnes' side go into the match on the back of a 1-1 draw with Hamilton Academical on Wednesday night.

Premier Sports have live and exclusive UK coverage of the match with their coverage starting from 5pm. Click here to find out how to watch the match live if you live within the UK and Ireland.

International subscribers can watch the match on St Mirren TV as part of their subscription.

"Hopefully we can put in a similar performance to the win over Livingston in terms of the organisation, togetherness and desire that the players showed and hopefully added to that we can play some good football along the way.

"It's a competition that if we apply ourselves properly and get a little bit of luck along the way you can go far in it.

"I'm expecting Aberdeen to come all guns blazing. Apart from getting Celtic or Rangers this is the next toughest game we could have got. But it is a one off game and it's an opportunity for us to try and get to a quarter-final of a major trophy."

Saints have faced Aberdeen once already this season.

Jim Goodwin's travelled to Pittodrie at the start of October but were edged out by a last-minute winner for Lewis Ferguson that gave the Dons a 2-1 win.

The referee is Don Robertson. The linesmen are David Roome and Ross Macleod. Grant Irvine is the fourth official.