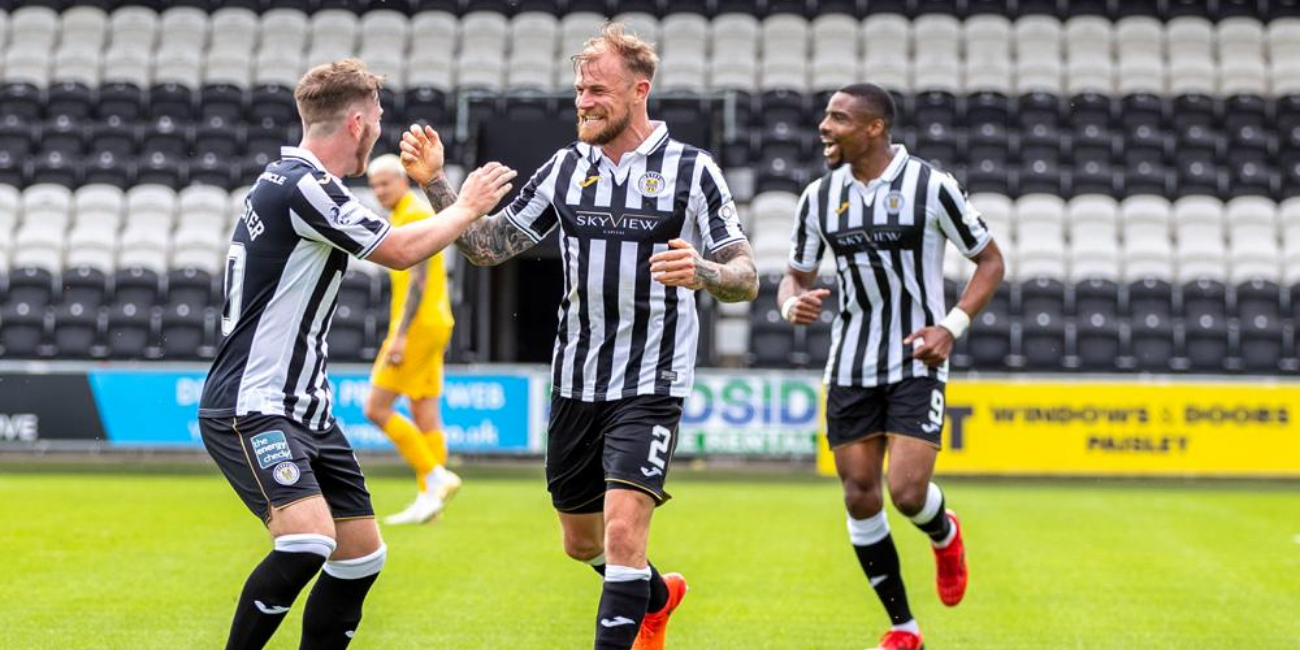 The Buddies secured their place in the second round of the Betfred Cup on Saturday with a 1-0 win over Queen's Park at Hampden. Substitute Jon Obika's late header saw Saints win Group G to progress.

Livingston also booked their spot in the second round with a 4-1 home win over Airdrieonians on Saturday.

Saints sit in 11th place in the Scottish Premiership - four points off Saturday's opponents who sit in 10th position. However, St Mirren have three games over the Lothian side.

The match will available live on Livingston's pay-per-view for £20. St Mirren TV international subscribers will be able to watch Saturday's match live as part of their subscription.

There will be audio commentary available to St Mirren TV UK subscribers.

Saints hosted Livingston on the opening day of the 2020/21 season in our first competitive match since March 2020.

Debut boy Richard Tait's first-half header was enough to secure a 1-0 win for the Buddies.

St Mirren were narrowly beaten when they travelled to the Tony Macaroni Arena back in February. Jon Obika scored in the second-half after Steven Lawless and Lyndon Dykes had put Livi 2-0 ahead, but Saints couldn't find the equaliser.

Saints last win away to Livingston was in April 2019 when a 3-1 victory edged the Buddies closer to Premiership survival.

The referee on Saturday is William Collum. His assistants are Frank Connor and David Doig. Graham Grainger is the fourth official.