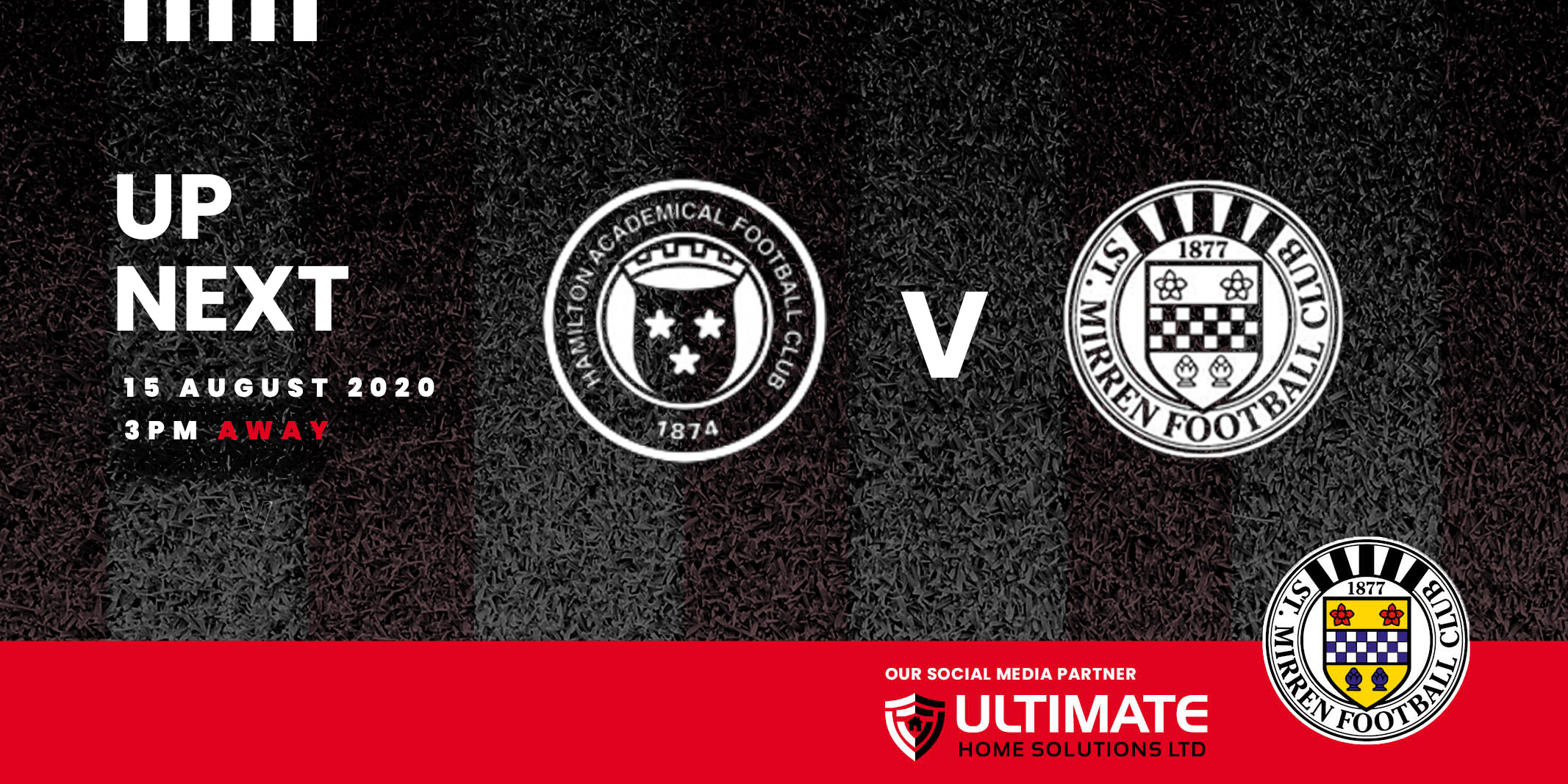 St Mirren head to Hamilton on Saturday to face Hamilton Academical in the Scottish Premiership.

Saints have won one and lost one in our opening two Premiership fixtures - defeating Livingston 1-0 at St Mirren Park, while losing 3-0 to Rangers at Ibrox on Sunday.

Hamilton, meanwhile, have lost their opening two Premiership fixtures having lost 5-1 against champions Celtic at Celtic Park on the opening weekend before being edged out by Ross County at home on Saturday.

International subscribers to St Mirren TV will be able to watch the match at with live commentary from Daniel Bowers and David Van Zanten.

Accies TV will be joined by ex-Saints Frank McAvennie and Massimo Donati as part of their pre-match coverage.

St Mirren and Hamilton couldn't be separated when the sides met back in February at St Mirren Park. David Templeton gave Accies the lead before a second-half free-kick from Ilkay Durmus gave Saints a share of the spoils.

Jim Goodwin's men were victorious on their last visit to the FOYS Stadium back in December when Cammy MacPherson's second-half strike saw Saints secure a well deserved three points in a 1-0 win.

"You know what you are going to get [when you play Hamilton]. They play the same way regardless of the opposition and you have to give credit to Brian Rice for the way he goes about it.

"They are a very direct team and get balls up to David Moyo and Marios Ogkmpoe and compete for the second balls. But they've got some really good players in their team. Lewis Smith on the right-hand side is a real attacking threat so Richard Tait will have his work cut out for him there.

"We want to try and build on the positive result against Livingston. It will be more of the same again on Saturday. We are going to have to compete but hopefully that quality we have in the group will shine through."

Steven Kirkland is referee for Saturday's match with Frank Connor and Graham McNeille as the linesmen. Don Robertson is the fourth official.